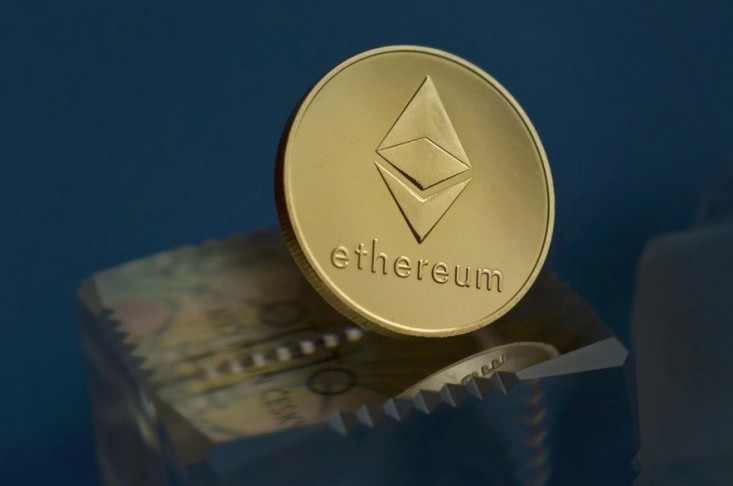 Although cryptocurrencies have been around for quite a while now, it’s not easy for the large public to gain a solid grasp of the concept given the intricacies of the technology that stands behind these digital assets and the complex terminology used in the field. And yet, we hear about crypto at every turn, which makes it pretty obvious that virtual currencies are here to stay and will most likely influence every one of us in one way or another.

Even if you’re not closely familiar with the world of cryptocurrency, you’ve probably heard of a little thing called Ethereum. As the second most popular cryptocurrency after Bitcoin, Ethereum has been making headlines in recent years, attracting the attention of a large number of people due to its high investment potential and the numerous benefits it provides.

While Bitcoin’s rise to fame has already become a thing of legend, especially since there’s a lot of mystery surrounding its inventor, not as much is known about Ethereum’s history and evolution, which is a shame considering it came to hold the second-largest market capitalization. So, if you’re in any way interested in cryptocurrencies, or are thinking about investing in crypto anytime soon, learning more about Ethereum and its characteristics is definitely worth it.

In the simplest of terms, Ethereum is a decentralized open-source system powered by blockchain technology that makes it possible for financial transactions and other services to be performed in a safe and private manner without the intervention of a third party. Ethereum has its own cryptocurrency, called Ether (ETH), but given its nature as a blockchain with wide applicability, it allows for other cryptocurrencies to be traded on the platform, as well as smart contract execution.

People can use ETH just like they use any other crypto out there to buy or sell products and services, but Ethereum also serves as a platform where users can develop applications and conduct all sorts of transactions. Since all these actions take place on a decentralized, distributed public ledger where transaction details are recorded after being authenticated and verified, one can be sure of the network’s security and reliability.

But how did Ethereum become such a multi-purpose platform and how did it come into existence in the first place? The idea of creating Ethereum came to programmer Vitalik Buterin in 2013 when he first described it in a whitepaper. He envisioned a platform that went beyond the use cases of Bitcoin which was limited to crypto trading. It took Buterin and his other co-founders another two years to gather the necessary funds to put their vision into practice, so the Ethereum project was officially launched in 2015, under the codename Frontier.

After its release, the network went through several updates in order to reach its goal of becoming a global platform for decentralized programs where users all across the world can build new applications that are not susceptible to common risks such as downtime or fraudulent schemes. During its development, Ethereum price experienced constant fluctuations, but the network continued to grow and expand, eventually becoming the second-largest cryptocurrency in the market.

People tend to use Ethereum and Ether interchangeably these days, and although this is a commonly accepted practice, clarification is required in this respect. Ethereum refers to the blockchain network where Ether, along with other cryptos on the platform is held and exchanged.

ETH is the native currency of the Ethereum network. In order to gain access to the Ethereum platform and use it to develop their own token or apps, developers have to pay a fee, so they use ETH to make these payments. This is also known as gas in the Ethereum landscape – the price one has to pay to ride the Ethereum train.

Therefore, if you aim for accuracy and want to avoid any confusion when talking about Ethereum and the elements it involves, it’s important to keep in mind the difference in terminology.

What makes Ethereum different from other cryptos?

It’s safe to say that Ethereum stands out in the crypto sphere given the many advantages it provides and its unique characteristics. So, let’s see what are the main factors that have contributed to Ethereum’s rise in popularity over the years.

Cryptocurrencies come with a fair share of risks as they are known for their volatility and unpredictability. That’s why investors lean towards cryptocurrencies and platforms with a proven track record of stability and success to reduce risks as much as possible. Ethereum has proved time and time again it’s a stable platform that developers and investors can use in full confidence. Its reliability has been tested throughout years of intense use by numerous parties and that has helped attract a large community around the network.

Unlike Bitcoin, Ethereum is not limited to facilitating cryptocurrency transactions. There are multiple ways in which users can take advantage of Ethereum capabilities since it also serves as a hub for smart contracts to be executed, or as a place where developers can build their own applications, services, or NFTs. This increased flexibility and functionality appeal to digital creators in a way that no other platform does.

From the very beginning, Ethereum was developed as a forward-thinking platform that provides solutions to many of the pain points present in the fiat finance market and the existing technologies. Therefore, Ethereum aims for further evolution as developers are constantly working to add extra functionalities and capabilities to the network. The latest update of the platform, Ethereum 2.0, has already been announced and promises to bring important upgrades and scalability to Ethereum’s Mainnet.

One can easily think that cryptocurrencies are a dime a dozen these days and there’s not much difference between them. However, as time and experience have proven, not all cryptos are created equal, and Ethereum’s evolution is a perfect example of that.