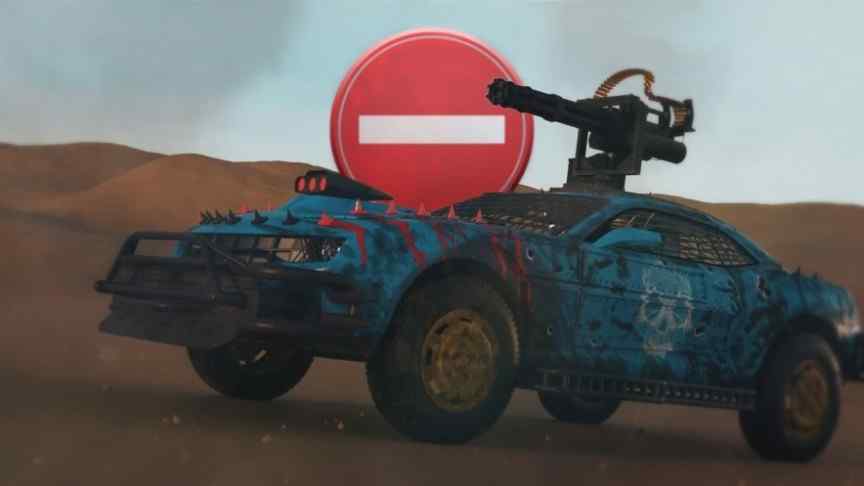 Upcoming blockchain game War Riders was allegedly pulled from the Coinbase Wallet app due to a violation of Apple’s iOS Store guidelines.

The up and coming blockchain-based game, War Riders, has reportedly become a point of contention between the cryptocurrency exchange Coinbase and Apple. After the MMO (massively multiplayer online) game was featured on Coinbase’s mobile apps on Android and iOS, it was unceremoniously removed from the latter without any explanation. According to screenshots allegedly obtained by cryptocurrency publication CoinDesk, Coinbase pulled the listing in response to a complaint from Apple.

War Riders notably uses blockchain and cryptocurrency to represent a type of digital collectibles in the game. CryptoKitties, a popular Ethereum decentralized application, also follows a similar approach. War Riders involves players driving around a post-apocalyptic wasteland with the main aim of amassing a huge inventory of collectible vehicles, which then have tokenized value. The game features 30,000 ‘premium’ vehicles that can all be sold for varying prices according to the demand. Rare vehicles are, of course, priced at an equivalent premium.

According to a Discord screenshot of communication between Coinbase and the game’s developer, Cartified, War Riders was the only title featured on Coinbase to include non-fungible tokens (NFTs) or collectibles. The Coinbase employee also stated,

Quick heads up – we will be removing [War Riders] from the iOS version as we're not able to highlight dapps that facilitate purchase of digital goods.

It is common knowledge that Apple maintains a rather restrictive attitude towards cryptocurrency-related applications. The company recently updated its stance on the issue and included a section on cryptocurrency in its App Store guidelines. However, the iOS guidelines do not describe collectibles or NFTs in any way. Nevertheless, the CEO of cryptocurrency company Trust Wallet confirmed that digital goods were not endorsed or allowed by Apple.