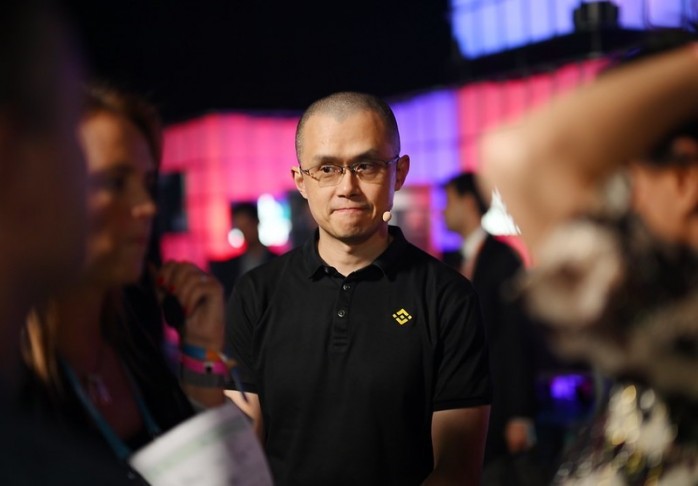 The BNB native token of the Binance cryptocurrency exchange has been hurt this week by possible prosecution against its executives. The Reuters news agency published the initial story that cited sources close to the long-running case against the exchange.

The article said some federal prosecutors involved in the case believe there is enough evidence to justify moving aggressively against the exchange and filing criminal charges its founder Changpeng Zhao and other executives.

However, Binance hit back at the claims and said that Reuters “has it wrong again”.

…of all transactions made with cryptocurrencies in 2021, 0.15% were associated with some type of illicit activity.

A negative outcome for Binance would hurt the cryptocurrency sector further after the company and its CEO tried to offer transparency and guidance after the collapse of the rival FTX exchange.

It is also a further headwind for BNB  which was previously caught up in an investigation by the U.S. Securities and Exchange Commission (SEC) over claims that the token is an unregistered security.

The price of BNB found resistance at the $400 level after the SEC investigation reports. The price is now heading for support levels around the $250 level.

Bitcoin was flat on the week after the BNB news but is still stuck at the $17,000 level.

The negative sentiment in the cryptocurrency industry has meant a lack of support for Bitcoin and the market will look again to economic data from the United States. This week brings inflation data from the U.S. on Tuesday, followed by another Federal Reserve interest rate decision on Wednesday. Last month saw inflation slow and another move to the downside could spark a rally in BTC and other risk assets.

Analyst polls by Reuters expect CPI to have risen by 0.3% in November, and economists expect the U.S. central bank to raise interest rates by another half a percentage point this week. Although the Fed has signaled a slowing in the pace of hikes, higher yields on traditional financial assets dampen the mood for BTC and the cryptocurrency sector.

The news of the Binance money laundering case only adds further headwinds to a sector still reeling from the spectacular collapse of the FTX exchange. The SEC asked publicly listed companies last week to outline their exposure to cryptocurrency firms. The potential for further regulation is hurting the outlook for the industry.

Stacks was the leading coin this week with a 20% move higher.

The platform allows decentralized application and smart contract building on a secure Bitcoin foundation. Stacks also allows the creation of non-fungible tokens and decentralized finance apps on Bitcoin. The coin was higher after the announcement of a $300m accelerator fund for Stacks builders that could draw new activity to the project.

Unlike other blockchain projects that utilize the proof-of-work and proof-of-stake mechanism to secure their network, Stacks has developed a new consensus algorithm that is perfectly suitable for its operation and to secure the network.

Stacks is ranked 79 in the list of coins by market cap with a valuation of almost $400m. The current price of the token is $0.2920 and the spikes in price on the chart indicate some strong buying over the last month in a thin market.

Tron’s TRX coin was under pressure after the project’s USDD stablecoin fell to 0.97 to the U.S. dollar.

USDD is expected to trade at a 1:1 exchange rate with the U.S. dollar but was hit by the collapse of cryptocurrency exchange FTX last month. Other leading stablecoins such as tether (USDT) also struggled in the wake of the FTX collapse but quickly regained their peg.

The continued drop in the peg is accompanied by an increase in the stablecoin's dominance rate in the USDD/3CRV liquidity pool which is based on the decentralized exchange Curve. USDD currently accounts for 86% of the pool's total liquidity of $34.5 million, up from 80% on Nov. 10.

Tron founder Justin Sun attempted to support the peg with an announcement on Twitter that the project was deploying more capital to defend USDD while stressing a collateral ratio of 200%.

The current troubles at the stablecoin has investors worried that USDD will be the next to go down after the collapse of Terra's now-defunct algorithmic stablecoin in the summer.

The price of TRX was trading at $0.052 after the recent rebound but the coin has been on a steady decline since November of 2021 like much of the market.