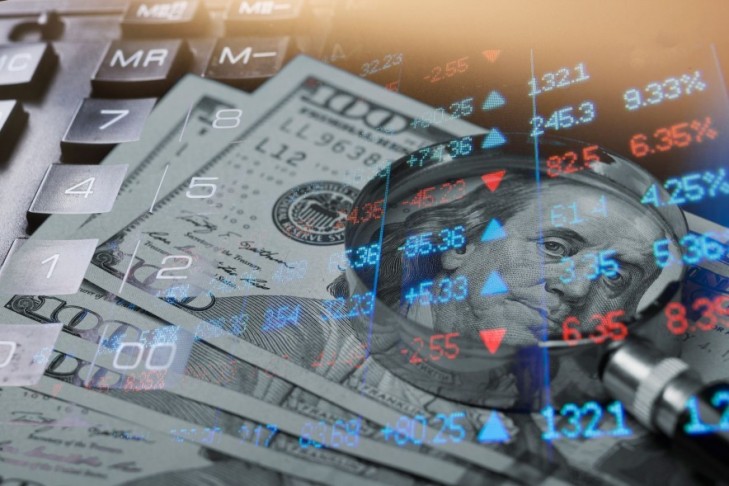 Bitcoin saw a new all-time high above $64k before a sharp sell-off, Dogecoin rallied over 400% to the number 4 spot, MLB launching NFTs on WAX.

The Bitcoin price had a rollercoaster week after moving to new all-time highs around the $65,000 level on Tuesday, before seeing a big sell-off on Sunday.

BTC had been drifting lower from the highs and was looking to test the $60,000 mark again when a large bout of selling in thin Asian markets liquidated $10bn worth of BTC longs.

Cryptocurrency derivatives exchanges saw the forced closure of the positions on Sunday, doubling the previous market record of $5.7bn, according to crypto data analysts Bybt.

The move showed that leveraged traders were heavily long in Bitcoin and much of these traders will have been flushed out and will step aside to watch the next mores.

Crypto investors were also disappointed by the long-awaited market IPO of the Coinbase exchange. much-anticipated Coinbase IPO. The stock launched on the Nasdaq stock exchange and after an initial move higher to $420, the price has pulled back to trade at $342. This gives the company a $63 billion market cap.

Stock market investors have compared the listing of Coinbase (COIN) to the mid-90s IPO of Netscape. That launch saw the emergence of the dot-com boom, while many hope Coinbase will mark the same for the crypto industry.

Unlike many IPOs, the company is already profitable with revenues soaring by 9X to $1.8 billion and net income at almost $800 million.

The price of BTC has recovered from lows near the $53k level and has bounced to almost $57k. There is a risk of further selling this week based on the technical setup if the coin doesn’t see buyers.

I said in last week’s article that a move through the all-time highs, “could see further gains in DOGE”.

Once the coin breached the highs near the $0.09 level, the coin soared over 400% on the week to reach as high as number four in the list of coins by market cap. The market cap of DOGE was around $50 billion at the $0.39 highs. Fans of the meme coin are getting excited about the so-called “Doge Day” on the 20th of  April, where traders hope to spur big gains in the coin.

It has been noted that”65% of all dogecoins are kept in just 98 wallets across the world”. This will increase the surge higher as the supply is limited but could see big selling if the largest holders want to cash in on the recent euphoria.

The Bank of England has launched a task force to explore the idea of a UK central bank digital currency. In a joint statement today, the BoE and HM Treasury will look at the possibilities of a UK coin and this comes on the heels of the ECB’s own decision to formally study the potential.

Some of the points to be studies by the UK task force will include:

Exploration of the objectives, use cases, opportunities and risks of a potential UK CBDC... design features a CBDC must display… monitor international CBDC developments.

In a similar statement last week, the ECB said that "Protecting users’ personal data and ensuring a high level of confidentiality will therefore be a priority in our work."

This is obviously a coordinated effort by the two banks to move closer to their own digital currencies, but they are both lagging behind China. The ECB said it would take “several years” to complete phases of the study and development, but the digital Yuan has already been tested in some parts of China.

The NFT craze continues with further developments in the Non-Fungible Token space. The very popular NBA Top Shots collectibles platform has seen investment in its Dapper Labs development team that implies a valuation of $7.5 billion for the project that hosts NBA clips on the blockchain. Brazilian soccer legend Pele has also become the focus of NFT collectibles with 3D trading cards being released on the Ethernity Chain on May 02, 2021. The cards will be a first for the player and are developed by Australian artist Kingsletter and Visual Lab. Also, 90% of the Pele NFT sales will profit the player’s charitable foundation which assists and educates children affected by poverty. Seen as one of the greatest players of all time, Pele’s 1,279 goals in 1,363 games are a Guinness world record.

The NBA digital frenzy has inspired Major League Baseball to start releasing its own digital trading cards on the WAX chain. The NFTs will launch this week on April 20th as an extension to the 2021 Topps Series 1 physical cards release. A total of 50,000 standard packs will be sold for $5 while 25,000 premium packs will be sold for $100 per pack.

The NFT boom saw the price of WAX soaring in the first quarter of this year with the coin now valued at $311 million after hitting a high above $500 million at the end of March. Wax now trades at the $0.20 price level and holds the number 162 spot in the list of coin projects.