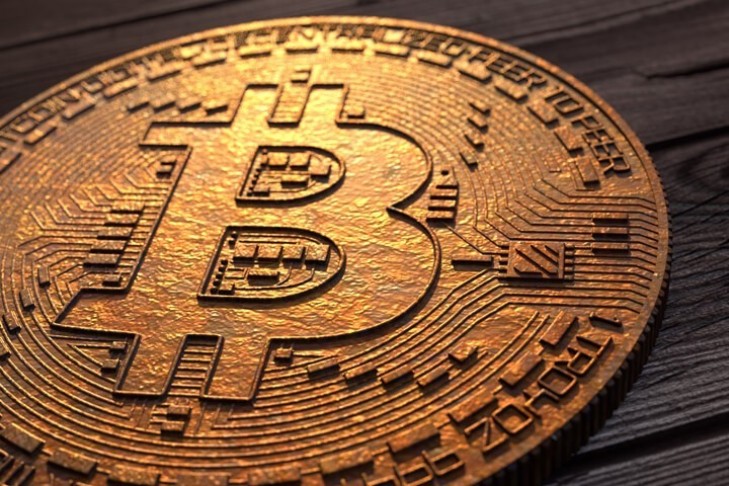 Bitcoin was lower for a record ninth-straight week as buyers retreat from the cryptocurrency space after the recent turmoil.

BTC also missed out on a strong rally in stocks this week despite being tied to risk assets for a long period. The world’s largest cryptocurrency by market cap was higher on Monday and was helped by a report from investment bank JP Morgan.

Analysts at the bank have talked of “significant upside potential” following one of the most severe crashes in the coin’s history. The Bitcoin price is now 15% higher from its mid-May lows.

In a note to investors last week, JPMorgan analysts wrote that $38,000 currently represented the fair market value for bitcoin – roughly 25 per cent up from today’s price.

The strategists also said that bitcoin and other cryptocurrencies like Ethereum and Cardano were 'favored' over tangible assets like real estate.

We thus replace real estate with digital assets as our preferred alternative asset class along with hedge funds.

The CEO of the investment bank, Jamie Dimon, has never been a fan of BTC, saying a year ago:

“I’m not a bitcoin supporter. I don’t care about bitcoin. I have no interest in it.”

The Bitcoin price was trading at $30,500 this week as the coin tries to find some strength.

Terra, the embattled crypto project, launched a new blockchain on Saturday followed by an airdrop of new LUNA tokens to users under the recent plan to revive the ecosystem.

“The community has been working around the clock to coordinate the new chain’s launch,” Terra developers said in a tweet on Friday morning. “Subject to potential change, we expect Terra to go live on May 28th, 2022 at around 06:00 AM UTC.”

The new blockchain, currently named "Terra 2.0," began earlier in the week after the conclusion of a vote among network validators with a 65% approval rate.

Fans of the project will be pleased to see new plans moving forward, however it will be an uphill struggle for the project to regain trust amongst investors.

Terra was hit by problems with its UST stablecoin, which lost its peg to the US dollar. The resulting lack of trust saw a big crash in the LUNA coin from around $80 to only $0.002.

Do Kwon’s revival plan for Terra includes a hard fork of the existing blockchain and the re-issuance of LUNA tokens to existing investors based on a snapshot before the crash.

Ethereum Classic was a rare winner in a bearish week with gains of over 11%.

The rally was fuelled by the recent instability in the Ethereum Beacon Chain that underwent block reorganization and is throwing doubt on the migration to proof-of-stake (PoS).

Ethereum was a big loser on the week at almost 12%, while BTC fell only 3%. ETC is rising on the possibility of miners moving into the proof-of-work (PoW) chain.

Ethereum has been under pressure after delays to the Ethereum merge and uncertainty over the stability of the transition to proof-of-stake. Bitcoin market dominance has jumped to 45.75%, the highest since October 2021, while Ethereum dominance has plunged from 19.18% to 17.67% in just two days.

Ethereum now trades at $1,900 but some analysts see a potential fall to $1500. GMI Head of Research Remi Tetot has even suggested that ETH could fall into three-digit territory.

Wall Street bankers have argued that the Federal Reserve launching a digital dollar could crack the foundations of banking as we know it, according to letters sent by lobbyists to the U.S. central bank.

The Fed invited comments on a report exploring the future of a potential central bank digital currency (CBDC) issued in the US. A government-run digital dollar could have severe implications for the traditional financial sector, and likely for stablecoins issued by cryptocurrency firms.

“Current research overwhelmingly undermines the purported benefits of a CBDC and instead indicates that a CBDC would seriously disrupt the financial system, significantly harming consumers and businesses,” said Greg Baer of the Bank Policy Institute.

Another group, the American Bankers Association said that a digital dollar could result in “deposits accounting for 71% of bank funding… at risk of moving to the Federal Reserve.”

That would increase the cost of funding in the banking sector to an “unsustainable” level, the ABA said.

The Federal Reserve has been looking at the idea of introducing a digital dollar, although officials have distanced themselves somewhat and have said that the plan should have the backing of Congress and the administration. Early talks over a CBDC often include its potential effect on stablecoins, and Fed Chair Jerome Powell has said he expects private stablecoins could coexist with a digital dollar.

That may have changed in recent times after the events with the UST stablecoin at Terra. A Fed coin could undermine trust in independent crypto stablecoins.

One of the most frequently cited reasons in support of a CBDC is that it would increase financial inclusion, yet, as discussed further below, we are unaware of any substantiated use case for CBDC that would benefit low- and moderate-income people.