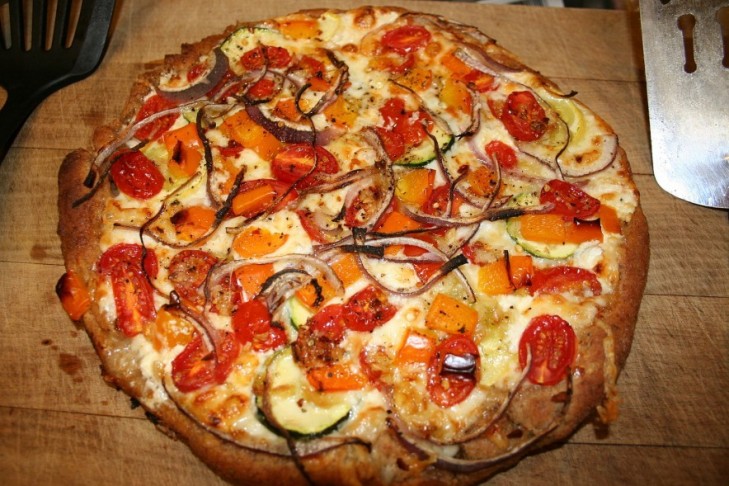 Bitcoin Pizza Day takes place on May 22nd. Several events are lined up to commemorate the first-ever Bitcoin purchase.

Bitcoin Pizza Day is an event that celebrates the first-ever Bitcoin purchase, which was made more than ten years ago. This year, it took place on Saturday, May 22.

What Is Pizza Day?

In 2010, one of Bitcoin’s earliest users, Laszlo Hanyecz, paid for two pizzas by negotiating a delivery with another user on the BitcoinTalk forums.

“I'll pay 10,000 BTC for a couple of pizzas...maybe 2 large ones, so I have some left for the next day,” Hanyecz wrote. “You can make the pizza yourself and bring it to my house or order it at a home delivery place, but what I want is to have the food brought to me in exchange for bitcoins where I don't have to order or prepare it myself.”

At the time, 1000 BTC was worth $25, enough for two pizzas ordered from Papa John’s. Since then, Bitcoin Pizza Day has become a yearly event, with various companies and organizations running promotions and giveaways to commemorate the date.

Part of each purchase made through Bitcoin Pizza will go to the Human Rights Foundation and its Bitcoin Development Fund, which supports crypto developers.

Pizza delivery network Slice has teamed up with the blockchain community project PizzaDAO to give away more than 2,500 free pizzas.

The offer is valued at about 1 BTC ($55,000) in total and has been funded through sales of cryptocollectibles (NFTs) created by the PizzaDAO collective.

To get a free pizza, users entered the code "FREEPIZZADAY" in the Slice app on May 22nd.

Ahead of Pizza Day, Papa John’s UK is offering its customers a chance to claim free Bitcoin with large purchases. Customers who place an order valued at more than £20 are able to claim £10 in free Bitcoin as a 50% discount.

Users must claim their Bitcoin by entering their reward code in Luno, a Bitcoin trading app. This offer was valid until May 23rd, 2021.

Additionally, Papa John's locations in Jacksonville, Florida are giving away slices of Bitcoin-themed pizza on Pizza day with a chance to win a whole pizza.

Crypto exchange Binance has announced a trading contest themed around Pizza Day. Users will need to collect “special ingredients,” which will be distributed to users who trade-specific cryptocurrencies or promote the event on social media.

Users who complete their “ingredient” collection will be entered in a draw. 200 winners will win $50 of BTC, and 20 winners will receive $20,000 of BTC. Qualifying users who do not win either draw will claim a share of a $22,200 Bitcoin prize pool.

Binance has also created a limited-edition series of pizza-themed NFTs. Eligible users will be randomly drawn to receive an NFT as part of a “lucky draw.”

In celebration of Pizza Day, crypto exchange Huobi ran a three-day giveaway. To commemorate 5/22 (May 22), $522 worth of Bitcoin will be given to three individual winners. The remaining winners will each get $10 in Bitcoin.

In partnership with Huobi, the crypto firm Thundercore also gave away a series of Pizza Day NFTs. Between May 14 and May 22, users can enter the draw by engaging with Thundercore and Huobi Global on social media. Twenty users will be selected.

Crypto exchange Phemex also ran a contest. The exchange invited Laszlo Hanyecz to use its Earn Crypto service and generate interest on his investment.

However, Phemex says that it has been unable to contact Hanyecz; as such, it is asking the community to help recruit him via social media. Phemex will split $100,000 worth of Bitcoin between 100 participants. Phemex hoped to contact Hanyecz by May 22.

Crypto loans site YouHodler also participated in Pizza Day: customers who spent more than $1000 on the service had a chance to win a Tesla Model Y.

Though the reward is not pizza-themed, the draw was live-streamed on May 22 in order to commemorate Bitcoin Pizza day.

The Bitcoin “metal wallet” company Ballet ran a Pizza Day promotion this year. Between May 10 and May 25, all wallet purchases came with a special pizza-themed keychain. Users could also buy a pizza-themed metal wallet from the company.

Ballet also gave away virtual tickets to a virtual webinar, which took place on May 22. Additionally, individuals who reside in Shanghai can attend the event in person and receive free pizza and refreshments.

Is There More to Come?

This article only covers promotions that were announced in advance of Pizza Day 2021. Other groups announced further events on Pizza Day itself. Watch for more announcements on Twitter via the hashtag #pizzaday.