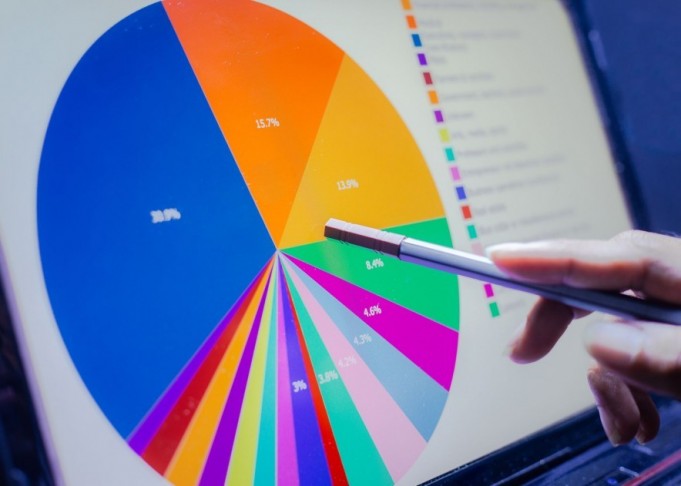 The Bitcoin price has moved above the key $50,000 level again as the rally shows no signs of stopping.

BTC has continued its rally from the support at the $30k level as the crypto market fights back from the price crash in June that saw the world’s largest project losing 50% of its value.

Researchers at Glassnode have noted further dominance in Bitcoin outflows which hints at accumulation and the desire to hold coins off-exchange in anticipation of further gains. Some investors are happy to hold onto cryptocurrencies as they anticipate further institutional buying in the future. 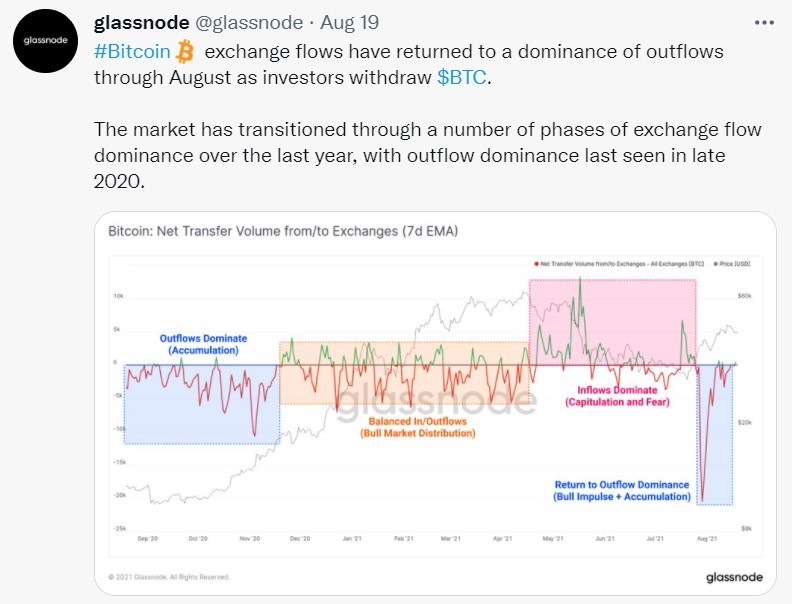 The company noted that outflow dominance, "was last seen in late 2020" when the coin traded at $20k and went on to hit the all-time highs six months later.

The price of Bitcoin saw all-time highs around the $64,000 level back in May and the resulting crash dragged the market lower. The creep higher in BTC is a time for caution and to watch the emerging metrics to see who is buying at these levels.

The price of Cardano XRP has soared above the all-time highs this week to trade at $2.80 as traders jump on the coin ahead of the smart contract rollout in September.

The move is part of the coin’s move to become a multi-faceted platform and will open up the door for decentralized finance (DeFI) and gaming.

The latest surge has seen the Cardano project move to third place in the list of coin projects by market cap with a valuation of $90 billion. The project is still below the valuations of Ethereum at $390 billion and Bitcoin at $945 billion.

Mentions of both the #Cardano hashtag and $ADA hashtag have absolutely exploded with the #crypto asset’s new #AllTimeHigh of $2.63. The crowd & its euphoric behavior at this level will have a major hand in whether prices continue toward $3.00 & beyond.

Cardano founder Charles Hoskinson briefed an audience on YouTube and the IOHK boss spoke about the major challenge facing Cardano: the network effect.

Instead of building the first-to-market products, Hoskinson has said they are not rushing the project:

“This should be not controversial at all. This should be something that we all agree is probably a good idea given the complexity of the underlying protocol”.

Caradano starts the week trading at $2.80 after seeing the all-time highs tested at $2.50 and that level will now be the support.

The Ethereum price has moved to test the $3,350 level this week and one bank has noted larger than usual options call volumes on ETH.

In a UBS investment report, the author also said talked of the potential for Ethereum to overtake Bitcoin and mentioned that, "many believe this is inevitable, especially after ETH 2.0 ushers in the shift to proof-of-stake next year and as DeFi interest builds." However, UBS is less sure, as "each represents a different value proposition and use case while facing its own challenges and indeed challengers."

The report also poured caution on the top two coins due to sluggish active addresses:

...what should give bulls pause is active addresses failing to show any signs of fresh life. These start from a much higher point than bitcoin, which also looks decidedly lackluster here.

Finally, the analysts noted a rise in the cost for call options, hinting at a possible further rally in ETH, saying:

We'd surmise things aren't particularly frothy or one-sided but are probably undergoing a reappraisal in terms of medium-term expectations, particularly for ETH. This may reflect reduced retail flow while other market participants are extending their investment horizon—and spending more premium—in anticipation of increased institutional adoption in the fall when US futures-based ETFs may finally get the nod.

The closing note said that there was the potential for a short squeeze in Ethereum and that compared to BTC, “the ‘max gamma’ for Ether is far higher and it could send the cryptocurrency as high as $6,000, or double the current price”.

The Ethereum price touched a high of $4,380 in May and that will be the ultimate target for this rally. The current price is the only resistance ahead of $4,000 and the ATH.