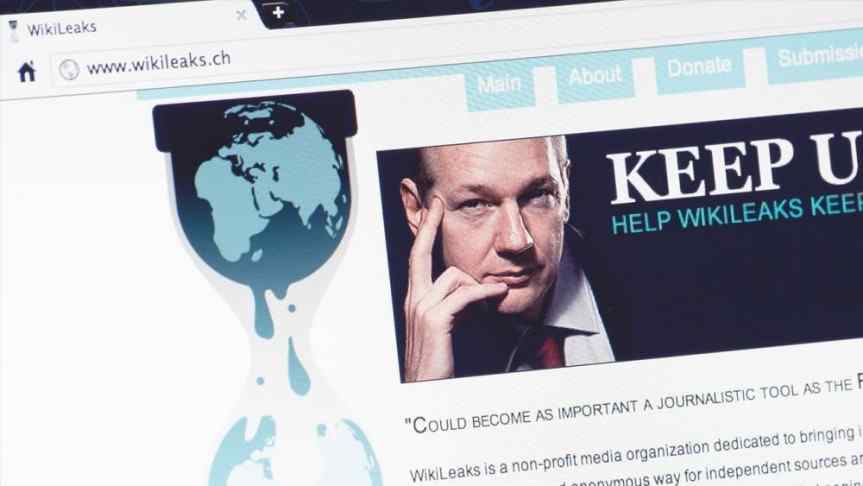 US-based cryptocurrency exchange Coinbase has reportedly stopped providing merchant account services to WikiLeaks citing violations of its terms of service. According to WikiLeaks, Coinbase has not provided any details as to the nature of the violations.

Until the time of the announcement, WikiLeaks was using Coinbase merchant services to facilitate donations, as well as the purchase of various brand-related paraphernalia, using credit cards and cryptocurrencies. WikiLeaks announced the ban on their Shop Twitter account: 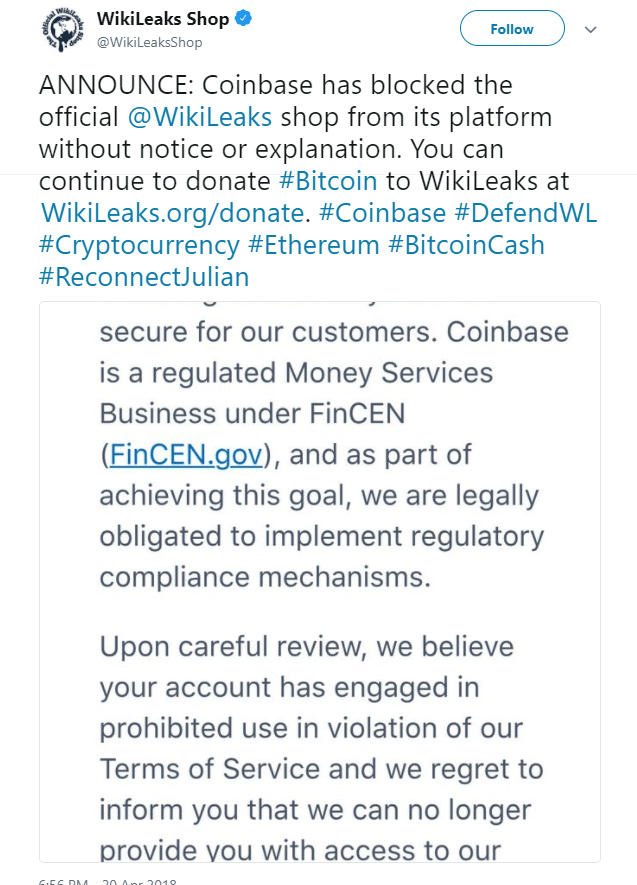 The announcement was not well-received in the cryptosphere. Andreas Antonopoulos, author of Mastering Bitcoin and Internet of Money, tweeted about the irony of Coinbase’s move: 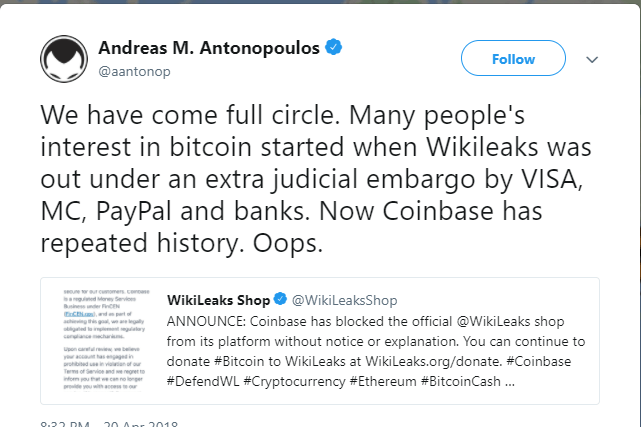 In response to the closure of their account, WikiLeaks announced on their main Twitter account that they will call for a worldwide boycott on Coinbase "as an unfit member of the crypto community" next week: 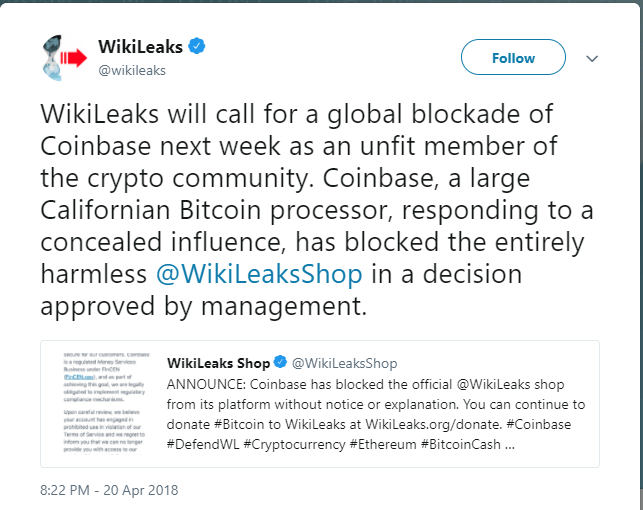 The move by Coinbase seems to make little sense as it does not heavily impact WikiLeaks' capacity to receive donations in cryptocurrency. It just makes it a little more difficult for the whistleblower site to convert their crypto to USD. Coinbase has not made any official statements on the issue, although the company’s terms of service indicate that the exchange is entitled to close any account at their discretion.

Interestingly, the company’s termination notice specifies that all services provided by Coinbase are regulated by the United States Treasury’s Financial Crimes Enforcement Network, which is tasked with “combatting money laundering”. The exchange is under regulatory pressure and currently facing a money laundering-related class action lawsuit. These facts may hint to the impetus behind the decision considering WikiLeaks' fraught relationship with the US government.