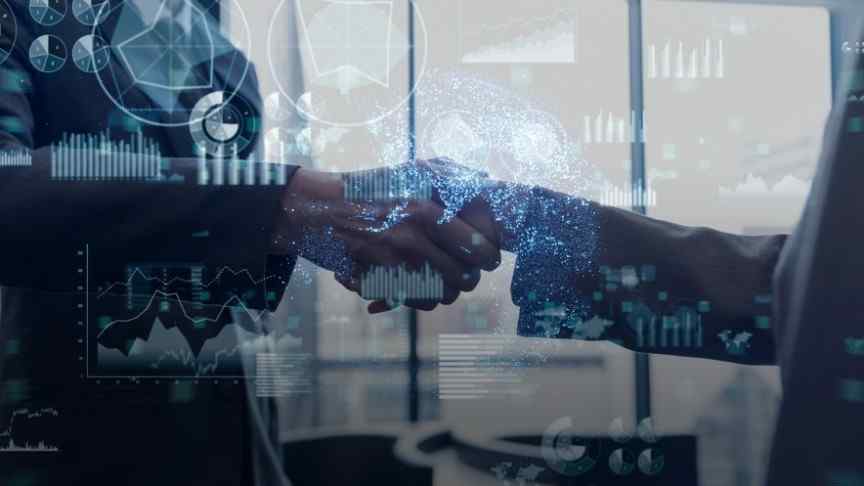 A new report declared a whopping 209% increase in the number of mergers and acquisitions of crypto business this year. How did this happen?

According to a new report compiled by JMP Securities, the merger and acquisition of blockchain and crypto-related business has shot up by over 200% in 2018. According to data from Pitchbook, 115 such deals (most global with transactional value fewer than $100 million/deal) have been announced thus far this year, with the year-end count estimated to be 145. Compared to last year’s 47 total deals, when the crypto markets saw a massive bull run, these figures are even more astounding when you put it in context of the bear market which has prevailed during the entirety of 2018.

You're seeing a mispricing of assets. Even for great businesses, the value of the token remains correlated to bitcoin, which can create an ideal opportunity for strategic acquirers. As soon as a company becomes interesting, they get bought — the deal size may still remain small, but the number of deals will increase because that's the most viable and fastest way to grow in this environment. It's expensive, but you get the technology and product immediately. This industry is like a treadmill — the only way to keep up on a treadmill is to keep running by investing in new technology.

Bajpai also remarked that companies are looking at blockchain based disruptive technologies as a “land grab” opportunity; for innovative technology, intellectual property, human talent, as well as for adding an established user base. A myriad of factors contributes to such an outlook. Building in-house solutions and keeping pace with the rapidly evolving tech simply requires too much time and human resources, there is a dearth of skilled engineers with the technical knowledge as well as the business acumen to develop blockchain-based solutions, it saves the considerable effort that goes into growing new users and building a sustainable community and ecosystem. This method even provides an alternative for institutional investors to back interesting blockchain based companies via equities, without having to rely only upon buying a project’s crypto token.

It is widely believed that the acquisition of blockchain-related businesses will only rise sharply imminently. Most corporations lack the technical know-how of the technology and will consequently look outwards rather than inwards for a solution. The paucity of engineers and developers who have experience with blockchain specific skills - from Solidity and Truffle to cryptography functions for security - brings with it as much opportunity as it does challenges. A huge demand and a low supply mean these professionals are highly coveted and paid the big bucks, as much as AI experts, according to some. According to Hired, the demand for blockchain engineers has skyrocketed 400% from late 2017 and they make $150,000 - $175,000 per annum on average, up to nearly 30% more than what typical software engineers earn on average. Tech giants such as Facebook, Amazon, IBM and Microsoft are all scouting the market to fill up job listings for blockchain related positions.

The $120 million acquisition of popular South Korean exchange Bithumb by BK Global consortium earlier this month was followed by leading live-entertainment ticket distributor Ticketmaster acquiring blockchain ticket solution firm Upgraded. Earlier in April, Coinbase bought Earn.com, one of the first truly useful applications of the blockchain which pays crypto to users for answering emails. However, the deal was more about one particular hire for Coinbase - it was a chance to bring Earn’s founder and CEO, incidentally a highly regarded former Andreessen Horowitz partner, Balaji Srinivasan on as CTO. Clearly, these crypto related acquisitions are emerging as a way to buy the people along with their companies. Further rapid growth of blockchain based M&As should be expected in the crypto sector; it is the fastest and most sustainable method for traditional entities to segue into the crypto sphere.