Demystification: A Look at How Cryptocurrency Values Are Determined 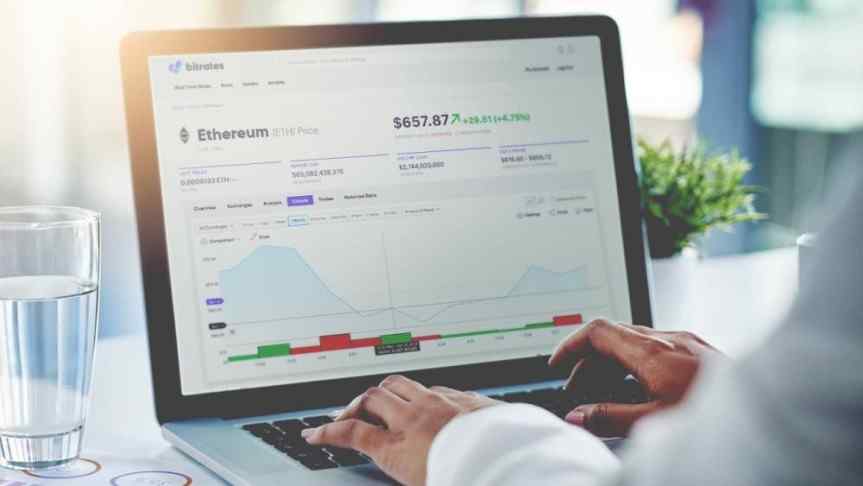 Demystification: A Look at How Cryptocurrency Values Are Determined

A cryptocurrency’s value reflects the degree of hope surrounding its potential to change industries and attract users of its coin or token.

In 2010, Bitcoin’s value hovered around one cent. Three years later, still unheard of by much of the general public, it fluctuated wildly but averaged at a few hundred dollars a coin. In 2017, of course, it very nearly hit $20,000. With such remarkable gains and seemingly constant volatility in Bitcoin's value, new investors must ask: How are cryptocurrencies valued anyway? And why it is that so many industry insiders seem to believe that Bitcoin and many other digital assets will one day be worth so much more than they are today?

Many find it baffling that Bitcoin has hit almost $20,000/coin and hit a peak market cap of over $300 billion. What is it even? And what about it has convinced people to shell out such large amounts of cash? What causes people to “HODL” even when prices drop to half in a span of mere months?

There is truth to the argument that Bitcoin’s and other cryptos' wild swings in prices are simply the results of speculation and irrational behavior. People buy Bitcoin at nearly $10,000 (see BTC's present price) simply because they believe it is worth $10,000 - not because it has any intrinsic value. It is also true that the frenzy surrounding the cryptocurrency market in recent months has eerie parallels to historically misinformed investment trends: the tulip crisis and the dotcom bubble, for instance. Eventually, some say, the bottom is going to fall out.

To newcomers into this high-risk, high-reward market, it doesn't take a skeptic for the question of valuation to set off suspicions. Since digital assets are just that--digital--it is tough to understand how they could have any actual value.

However, there is also truth to the argument that cryptocurrencies are different. They are not simply speculative and they have a real future. True, speculation has driven the recent wild price volatility. But this is not the whole story. To say that it is a purely speculative market based on nothing is to overlook the fact that the value of a coin is based on the potential of the underlying Blockchain technology.

The true revolution behind Bitcoin is Blockchain and the potential to create a new trustless, decentralized financial system. The value of cryptocurrencies rests on that potential.

It helps to understand that among industry insiders, this question of value remains the subject of much debate and conjecture. What is universally agreed upon, however, is that Blockchain has innate use value as a technology with numerous potential applications. Since each new cryptocurrency is tied to a unique application of that technology with unique traits, the key question in determining value becomes this:

How unique and how potentially valuable is a given application of Blockchain technology?

In the case of Bitcoin, for instance, the question is: How much potential value does the world's first Blockchain-based universal currency have? The answer to most crypto believers is quite a lot.

As stated above, cryptocurrency prices have been demonstrably volatile. Stock markets, by comparison, are typically more predictable. Stock markets operate by means of investors obtaining a share of a chosen company’s value. Those values are derived from reliable, tried-and-true metrics. Profits and expenses are recorded in the company’s public ledgers. The company's assets, the pricing of their products or services, their annual sales--all of these factors--are available for valuation. What's more, each company is regulated by governments. Investors are able then to take a methodical and rational approach to evaluating these stocks in order to have a fair chance at predicting profit.

This is not the case with cryptocurrencies, because, for one, there is no precedent for this type of investment vehicle. For two, (for now at least), cryptocurrency values are based almost entirely on speculation. And finally, they are still largely unregulated.

One further complication is that a crypto asset is not really a “product” in the traditional sense of the term. Rather, it is a token that is associated with a service or an improvement on an existing system that has been developed using distributed ledger technology (Blockchain). In other words, cryptocurrencies are tokens that people can buy as endorsements of the potential utility of the particular Blockchain application (or "use case") associated with that token.

The more utility a Blockchain application has and the more users buy tokens for the network that supports its execution, the greater the value of a coin associated with that application.

Determining the Market Potential of a Blockchain Project

So how do you measure the value of a particular cryptocurrency? Some investors like to estimate a coin’s potential by sizing up the overall market of a particular niche. For example, cloud computing is a very strong use case for Blockchain technology and investors estimate the coin’s potential market cap against cloud computing services in the traditional market. How likely is this particular application to improve upon current cloud computing? This can, of course, be very hit and miss, yet it remains one of the most useful determinants of value.

The strength of the team and the transparency with which they run development also contributes to a coin’s growth potential. This too, however, is not a guarantee. A team may be forthright and well-credentialed, but they may yet fail if the technology simply does not work out, or if the many unknown market forces, such as governmental interference, cripples their project.

Regulation also plays a significant role in affecting prices. This falls under the rubric of unpredictable market forces which particularly affect cryptocurrency because of its novelty and its roots outside of legal precedents. Increasing government involvement certainly affects the cryptocurrency market, but we can never predict how or to what degree this will happen. At this stage, regulation is a stick of dynamite that threatens to be thrown into an already volatile market.

All things considered, we come to the potentially frustrating conclusion that cryptocurrency will always be speculative in nature and determining value will never be a hard science. Currently, it is a demand-oriented market, highly correlated to investor psychology. Consider EOS and Cardano, two coins at the center of much discussion with very high current market caps. Neither company has a product to show yet, and still, they are valued in the many billions.

In such a wide open market with so many unpredictable factors, and so many stories like Cardano and EOS, your guess may be as good as anyone else’s. This is why, to be a successful crypto investor, you need to trust yourself above all, and stay as informed as you can. You must take a critical approach to each new project, paying attention to the potential of its use case, in order to determine how much growth potential its coin has.

Is the application something the world needs? Is it an improvement on an existing system? Is it sustainable? If the answer to all these questions is yes, then perhaps, just perhaps, the coin might be worth something in the future.