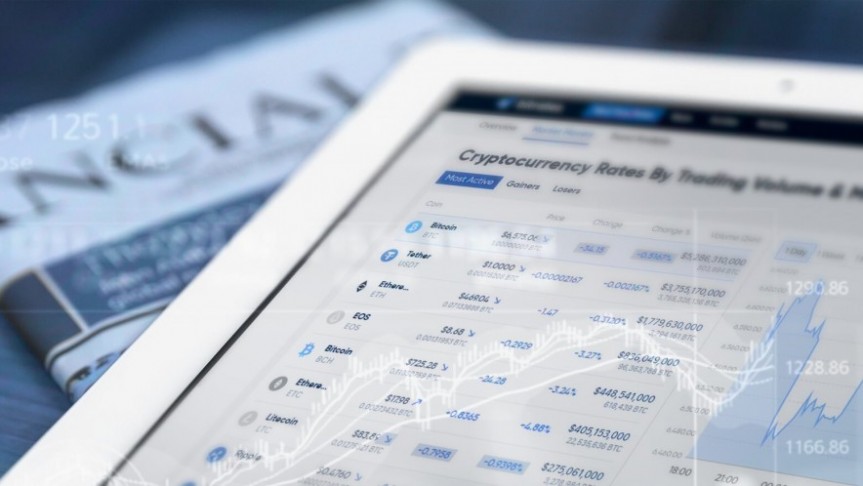 EOS price continued to drift lower after the project finally went live, although it continues to hold its place in the top 5

The price of EOS has continued to drift lower after the project finally went live. Recent confusion over the blockchain’s voting system and general cryptocurrency market weakness have dragged on the price in recent weeks, however, the current market capitalization of $6.75 billion still puts EOS at number 5 in the cryptocurrency world.

The price of EOS has continued to drift lower in recent weeks after the blockchain finally went live on June 14. Recent weakness in Bitcoin has been a negative drag on the overall cryptocurrency market and confusion over the voting process in the EOS community, amongst other setbacks, has affected sentiment for the fifth largest coin by market capitalization.

The price of EOS, which was trading above $10.00 at the time of the blockchain going live, is now probing levels near $7.50 as the market reacts to the recent news and looks for support.

The long-awaited EOS blockchain went live after a year-long initial coin offering (ICO), which raised more than $2 billion for the company’s founder, Block.one. The goal of the project was to create a more scalable and user-friendly blockchain than its competitors, however initial problems regarding transactions and bugs in the system were compounded in recent weeks after EOS ran into problems with its voting system and the confusion has spoiled investors’ appetite for the much-hyped, decentralized blockchain.

Further bad news appeared at the weekend as the top block producer, EOS New York, announced that several of the network’s block producers had crashed over the weekend due to a RAM-related issue. As the EOS platform was designed to run RAM-intensive, decentralized applications (dApps) issues of RAM instability are a negative for the project.

In an important move, Block.one announced last week that it would start voting with its own tokens. The company controls 10 percent of the 1 billion tokens that were set aside ahead for developers prior to the network’s launch and this will see them have significant influence over the selection of block producers. The entry of Block.one to the voting process has generated mixed feelings in the community as some see the move as undermining their planned role as a neutral third party. The design of the EOS blockchain meant that there are only 21 block producers and these producers are voted for by the community. The compact size of this structure, and the ability to minimize transaction times, is why many EOS supporters see it as being the leading blockchain in the future. Despite concerns over the long-term implications of Block.one voting, it is likely that their entry is a short-term attempt to stabilize the network and create more harmony amongst the community.

A recent report by a group linked to China’s, Ministry of Industry and Information Technology (MIIT) was released, listing the EOS network as the number one blockchain in the world. The same report placed Ethereum and NEO in second and third place respectively, with Bitcoin surprisingly out of the top ten, at seventeenth place.

In a note about the EOS network, MIIT wrote,

Because of its potential to support commercial distributed applications, [EOS] is considered by the industry to be a typical representative of Blockchain 3.0.

The report by the group saw EOS as the top blockchain based on its technological capabilities, rather than financial aspects. However, with the mining power of China and a huge investor market, it would be wise to consider the implications for the Cryptocurrency market if Chinese investors were to adopt an alternative to the established blockchains of Bitcoin and Ethereum.

What's Next for EOS?

The price of EOS has been steadily declining since the highs above $22.00 in April. Although the current price action is negative, the April spike was likely driven by institutional money, alongside retail, in a bid to get involved ahead of the blockchain going live. The price broke below the trend channel and also the psychological $10.00 figure, which led to a spike low in the mid-$6.00 range. The price has seen a small bounce due to the recent two-week move higher in Bitcoin and the general cryptocurrency market. Nevertheless, we are lower this week and testing the broader uptrend from October 2017. The 50 moving average sits beneath the previous low and larger support is also nearby at the $6.00 level. These levels will be key in the next few weeks and until we see buy support, the price action still suggests a “wait-and-see” mode for EOS.

Although the recent sentiment has been negative, it is possible that the worst is behind for EOS. The initial fears regarding bugs have been fixed and the confusion surrounding the voting system has subsided. The move by Block.one to enter the voting may not be in the best interests of a decentralized network. However, it may be a suitable move in the short-term to bring confidence to the community and stabilize the proceedings going forward.

We will continue to monitor the price action in EOS and at present, a weekly closing above last week’s high would be needed to see a move through the $10.00 mark again. Key resistance levels for EOS are therefore; $10.00, $15.00 and the previous highs around $22.00.