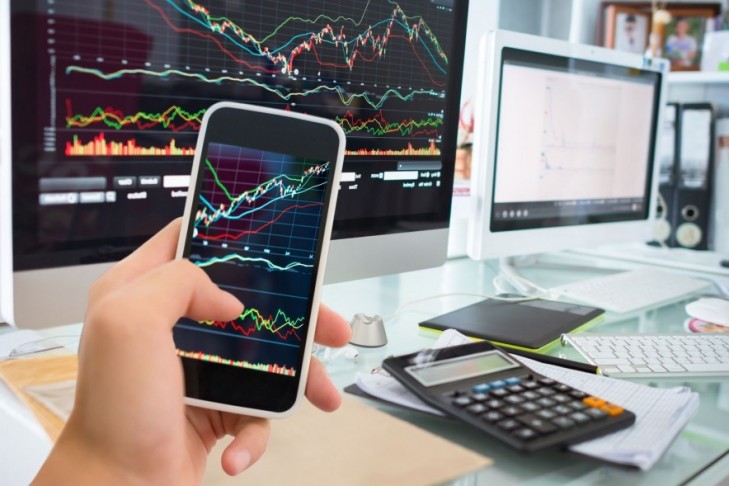 ETH looks for another push to the $2k level, VISA to roll out stablecoin settlements, BCH will battle LN, while ANKR rises high.

The Ethereum price is consolidating within a triangle pattern and is looking to make another drive towards the highs at $2,000. Bitcoin rallied into the weekend after the selling into a record $6bn options expiry fizzled out, giving a green light for bulls to reappear.

The move higher comes after the amount of the coin staked reached a new high of 3.6 million ETH. 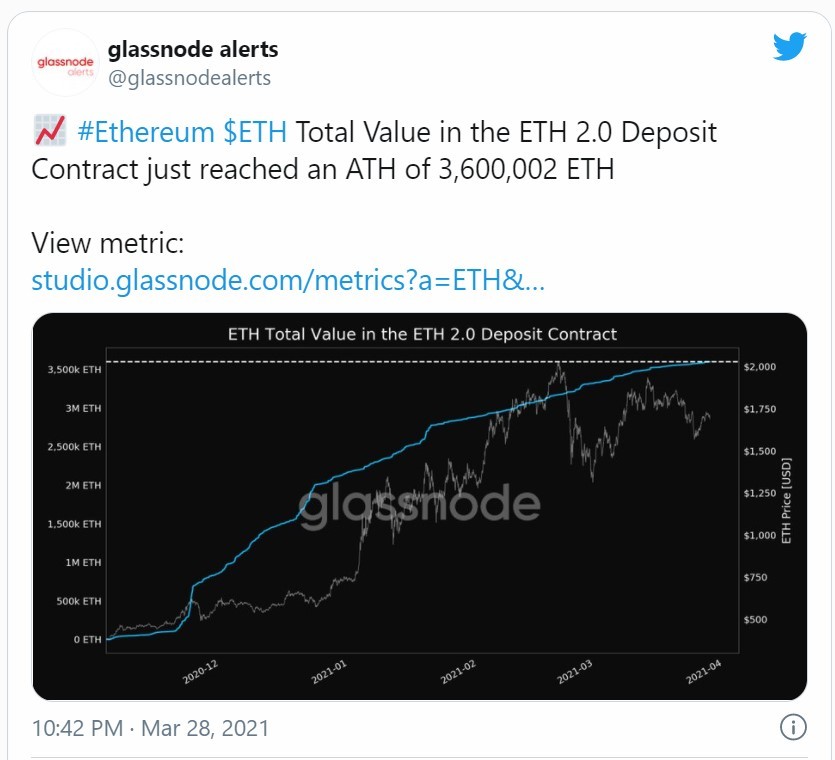 Glassnode research noted the recent milestone in a tweet on Sunday, with the current value of the staked coins being over $6 billion. The Ethereum developers asked for fans of the project to stake their coins ahead of the upgrade to the highly-anticipated V2.0 version of the blockchain.

The upgrade will add many improvements to the performance of the network with the most important being scalability. The coin will switch to a Proof-of-Stake consensus and improvements to the high gas fees and transactions would increase the project’s ability to attract decentralized finance (DeFi) apps. Ethereum was the go-to chain for the DeFi projects but high costs with the rise in ETH has seen others seeking to move in on the market.

ETH is trading below the $1,800 level and a break above that, with channel resistance above, could see the coin move towards $2k once more.

Payments giant Visa has now processed a USDC payment on the Ethereum network for a new service that they plan to roll out to its partners later in the year.

According to a press release, Crypto.com sent a USDC transaction to an account at Anchorage custody, which was owned by Visa. The Crypto.com project already issues crypto-based Visa cards and the move could signal a closer tie-up between the two.

The latest development comes just a couple of months after the news that VISA was creating APIs for banks and financial institutions to purchase cryptos in the same fashion, using Visa and anchorage. As we suggested in the past, big corporations and banks were waiting for custody services to be introduced before they risked their capital.

USD Coin is an ERC-20 token that was created by Centre and Coinbase with a view to create opportunities such as the Visa payments and the ecosystem should continue to expand as tokens for other fiat currencies are implemented. This is big news for the cryptocurrency industry as crypto-native tokens can build their businesses without having to worry about dealing with fiat settlements on their balance sheet.

USDC has seen its market cap explode higher in the last year with a move from $500 million to the current value above $10 billion. The Visa partnership should grow this even further as the payments processor expands its service later this year. The stablecoin is accepted by the largest crypto wallet providers.

Bitcoin Cash could be affected by the Visa news as the cryptocurrency startup Moon, was set to bring the lightning network to all Visa merchants.

Users can purchase a pre-paid credit card with cryptocurrencies and pay at many large e-commerce stores such as Ebay and Etsy, while any physical merchant that accepts Visa will accept it.

BCH founder Roger Ver has had his ups and downs with Bitcoin and the Lightning Network as he initially forked the BCH coin from Bitcoin’s network in order to facilitate a solution that was closer to the Whitepaper of BTC.

On Twitter at the end of 2020, Ver called Lightning Network a “total failure” because of the surge in usage of Wrapped BTC on the Ethereum chain. He said:

Having nearly 100x more #Bitcoin wrapped for use on #Ethereum than in #LightningNetwork shows LN has been a total failure for scaling BTC.

Wrapped Bitcoin has continued to surge and the future is setting up to become a battle with Visa trying to defend its monopoly with Mastercard as the largest payments processor in the world. The Lightning Network was introduced with the idea of adding scalability and fast transactions to BTC.

The price of BCH underperformed the rally of Bitcoin over the last year with the coin now trading at $520, which is around twice its 2020 average price. BCH will continue to be a competitor to the Lightning Network for now, and this is likely keeping a lid on the price, although gains are possible from this price level.

ANKR capped a strong couple of months with news that the token was the latest to be listed on Coinbase. The cryptocurrency exchange said in a blog article that ANKR, CRV, and STORJ would start trading on March 23rd.

ANKR is another Ethereum-based token that powers a distributed computing platform, where the aim is to make it easy and affordable for developers to use various blockchains.

The project also got a boost from the recent news that it was the top validator on the Binance Smart Chain. There is plenty of competition in this space but ANKR has grabbed the early lead.

The coin has seen a big surge from just 1 cent in February to a current high above $0.20.

Finally, PwC has reported that cryptocurrency mergers and acquisitions activity had surged in 2020, with total deal volume more than doubling from $481 million in 2019 to $1.1 billion in the following year. The average deal size increased from around $19 million to almost $53 million as institutional investors scour the market for opportunities.