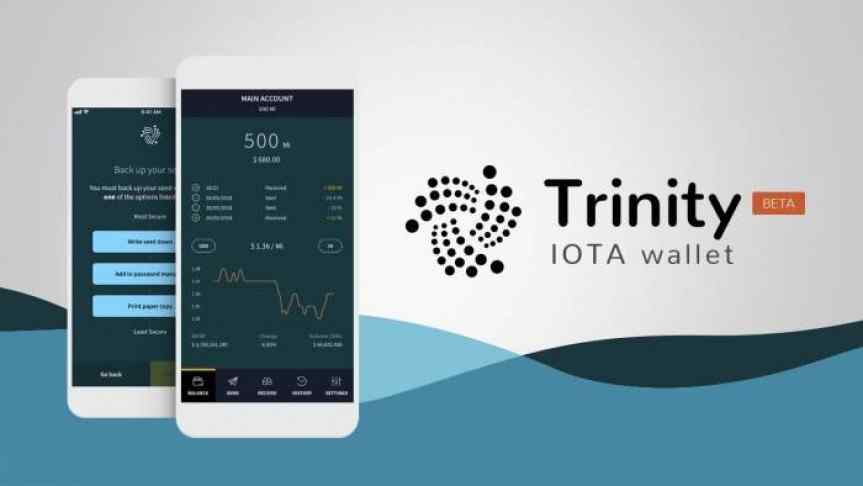 The IOTA Foundation has released a public beta version of its highly anticipated mobile wallet Trinity, with a desktop version expected soon.

The IOTA foundation has finally launched its much-awaited cryptocurrency wallet, Trinity. Making the announcement on its Discord channel, IOTA responded to the long-standing demands of several community members who were advocating for an easy to use wallet. After several months of development, IOTA released the beta version of Trinity on May 29, 2018.

Originally a community-driven initiative, the Trinity project was adopted by IOTA. Charlie Varley, an IOTA Trinity developer had confirmed on May 5th that the launch of a beta mobile Trinity would take place before June 3, 2018. The wallet went on to be launched five days before its deadline and brought in some much-needed changes to the existing wallet solution. The mobile-friendly cryptocurrency wallet now boasts an easy-to-use interface along with several under the hood developments.

The principal aim of the initial IOTA wallet was to enable a seamless and secure machine to machine interaction, for which the foundation provided a basic GUI interface. However, new users found the design challenging to navigate. The developers recognized the issue and in July 2017 announced the redevelopment of IOTA GUI wallet. Users also wanted an easy to use wallet with high security for their crypto.

IOTA Trinity developers subjected the wallet to 2 external reviews, a threat modeling exercise, and a security audit. These efforts were necessary to ensure complete security of user funds. Varley confirmed the review completions in a reply to a Reddit question asking for an independent audit:

“Both the mobile audit and threat modelling are complete.”