Iran to Lift Bitcoin Mining Ban As of September 22 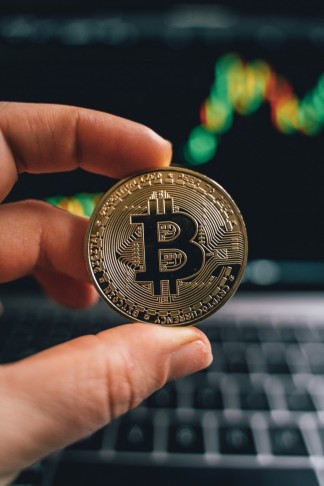 Iran to Lift Bitcoin Mining Ban As of September 22

After a 4-month restriction on Bitcoin mining, all authorized Bitcoin and crypto miners in Iran will be able to resume mining by September.

Bitcoin mining will kick off in Iran by September 22 after the four-month ban imposed by the Iranian Ministry of Industries, Mining, and Trading, as reported by the daily Financial Tribune.

Before now, Iran has realized that Bitcoin mining is an appealing option for a diplomatic pressure economy that lacks hard currency but has an abundance of oil and gas production. Iran is a country where about 4.5% of all Bitcoin mining takes place all over the world. According to Elliptic, the government of Iran allowed the mining to avoid sanctions while still earning hundreds of millions of dollars in crypto-assets that may be used to buy imports.

In May, the government placed a 4-month ban on mining due to some legitimate reasons, one of which is to prevent miners from stressing the electricity source. The prohibition went into force after President Hassan Rouhani informed a cabinet meeting that the main reason for the outages had been a heatwave that had impaired hydropower generation.

When the scorching weather caused a significant spike in demand for electricity, Iranian authorities first stated that authorized miners would be closed down during peak times. However, the administration eventually decided to impose a nationwide mining moratorium till the end of the summer.

Conversely, Iranian officials have been hunting unlicensed miners, claiming that they waste a lot of electricity and cause harm to the power grid. As a result, Tavanir began identifying and shutting down illicit mining operations. In the last year, the utility has seized over 212,000 pieces of mining equipment, alleging damages of 180 trillion rials ($4 million).

Since Iran approved Bitcoin mining in 2020, more than 1,000 licenses have been issued. On the other hand, the government appears to be eager to centralize its crypto mining industry, with parliament proposing a bill that would prohibit the use of international cryptocurrency for payment in the country.

Bitcoin mining is permitted in Iran because the government expects Bitcoin and cryptocurrency mining to become an important economic sector in the nation, with a revenue prediction of $1 billion expected in May. The summer prohibition, on the other hand, renders the goal unachievable.

Latest Bitcoin Mining Update in Iran and Its Effect

According to Mostafa Rajabi Mashhadi, a spokesman for the Iran utility, the expectation is that electricity usage across the country would have been reduced by the end of the summer. When temperatures begin to fall, a decline in electricity demand will create the conditions for lawful cryptocurrency miners to resume operations.

Based on the latest update in the cryptocurrency market, there are many optimistic speculations about Iran as a result of the recent excellent news. Due to Chinese limitations, Iran is expected to rise to the top of the bitcoin mining war as miners in Iran are expected to begin mining next month.

Also, once Iranian bitcoin miners return online, competitiveness and the total processing power of the Bitcoin network will rise. As a result, miners in Iran may now be able to hit new highs, even though computational power has been recovering since the Chinese mining restriction.

All miners who have dispersed over the world will be able to return and continue mining. In addition, the country will benefit as they produce more bitcoin. For example, if a miner successfully adds a block to the blockchain, it could receive 6.25 bitcoins.

On the other hand, the bitcoin price has been extraordinarily unpredictable, making it difficult or impossible for miners to forecast how much they will be paid.

However, this new event in Iran may have a favorable impact on the price of bitcoin, encouraging bitcoin and other crypto investors to buy bitcoin again.

Bitcoin mining, which comprises the generation of new bitcoins into circulation, is a critical component in maintaining and developing the blockchain ledger. It's done with the help of cutting-edge computers that perform extremely demanding computational mathematical calculations. As a result, the currency circulates more as more bitcoins are mined.

When the United States imposed severe economic sanctions on Iran, including a ban on all imports and a ban on the country's oil, finance, and shipping industries, the Iranian government needed a strategy to reduce the sanctions' economic impact.

However, sanctions imposed by the international banking system, volatility, slow growth, and poor economic conditions, have led Iranians to consider cryptocurrencies as a source of investment and payment.

Because of Iran's ban on bitcoin mining, it would have been difficult for Iranians to conduct online transactions, directly affecting the country's economy. In addition, since the US government imposed sanctions, companies like PayPal and Mastercard have been unable to operate in Iran, making money transfers and online purchases difficult for Iranians.

The start of a new season for Iran's economy is September, with commencement of bitcoin mining for authorized farms.