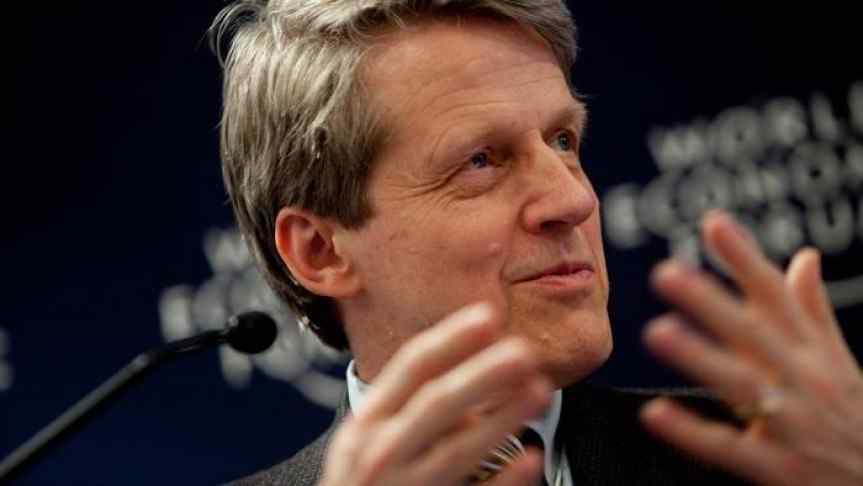 Robert J. Shiller, a Nobel Prize winning economist and professor of economics at Yale University, has recently published a thought-provoking piece comparing cryptocurrencies to a string of failed attempts at reinventing money throughout our history.

Shiller is well-known for his accurate analysis of global financial trends, and is credited with predicting the 2008 global financial crisis one year before it happened. In 2000, Shiller’s book “Irrational Exuberance” made the New York Times Best Sellers list, and in 2013, Shiller was awarded the Nobel Prize in economic sciences for his collaborative work focusing on trendspotting in asset markets.

In his recent article, titled “The Old Allure of New Money”, Shiller aims to provide the reader with historical examples of societies attempting to reinvent their currencies with fantastical new ideas, underpinned by revolutionary sentiments, ideological reform and technological advancement.

Among his examples, Shiller points to Robert Owen, who in 1832, founded the “National Equitable Labour Exchange”, a time-based currency concept that issued notes backed by a promise to perform labor rather than an amount of gold or silver. Owen’s currency concept failed in 1834.

Next, Shiller refers the reader to the birth of “Technocracy”, a concept created in response to the Great Depression. Technocracy proposed replacing politicians and industry leaders with scientists and engineers in the hopes of steering the economy out of the depression. Additionally, Technocrats looked to replace the gold-backed dollar with the ERG, a note backed by a portion of the US’ net energy budget. Shortly after Technocracy faded into obscurity, economist John Pease Norton proposed a dollar bill backed by electricity. Shiller reminds that this movement came at a time when electricity was a new and exciting concept:

“But while Norton’s electric dollar received substantial attention, he had no good reason for choosing electricity over other commodities to back the dollar. At a time when most households in advanced countries had only recently been electrified, and electric devices from radios to refrigerators had entered homes, electricity evoked images of the most glamorous high science.”

The common theme through Shiller’s examples is obvious. Societies become frustrated with a negative economic state, or enamored with the glamours of technological advancement, and they try to revolutionize their economic systems accordingly. The attempts are short-lived, and much of the “hype” around such movements is often rooted in a deep desire to redefine the structures of control surrounding an economy, rather than a desire to understand what really makes an economy work.

Shiller concludes that cryptocurrencies share common traits with these previously failed currency experiments. In his view, crypto is nothing more than “a compelling story” that currently holds the attention of the public, but ultimately has no tangible advantage to society. He calls out those within the crypto community as “entrepreneurial cosmopolitans who hold themselves above national governments,” and finishes by painting a picture of a speculative bubble fueled by the same sentiments that have always fueled failed monetary innovations:

“Practically no one, outside of computer science departments, can explain how cryptocurrencies work. That mystery creates an aura of exclusivity, gives the new money glamour, and fills devotees with revolutionary zeal. None of this is new, and, as with past monetary innovations, a compelling story may not be enough.”