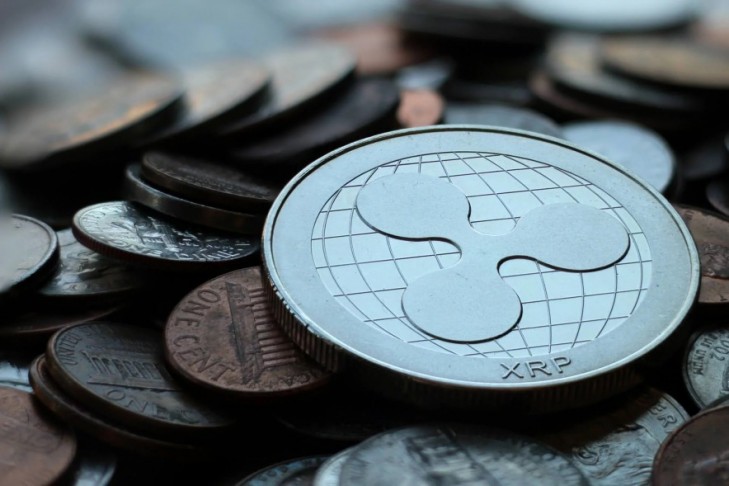 XRP was higher by 45% over the last week after positive comments regarding its ongoing court case with the Securities and Exchange Commission (SEC). Both parties filed for summary judgments, however, it was Ripple that seemed more bullish about the outcome.

Ripple’s attorney Stuart Alderoty has been confidently discussing the lawsuit on Twitter. Alderoty said that the SEC has not been able to “satisfy a single prong of the Supreme Court’s Howey test.” The regulator uses that test to determine if an asset can be classed as a security in the world of stocks. He added that Ripple was “confident” that the end could be near for the lawsuit which began in December 2020.

Additional comments on the social media platform came from CEO, Brad Garlinghouse, who he said that the SEC’s actions showed that they are not interested in applying the law.

(The SEC) want to remake it all in an impermissible effort to expand their jurisdiction far beyond the authority granted to them by Congress.

A cryptocurrency lobby group has also been granted permission to defend XRP in the case. The Chamber of Digital Commerce (CDC), has been granted approval from the Court of Southern District of New York to assist in Ripple’s defense. Judge Analise Torres granted the CDC “friend of the court” status to provide insight or expertise. The CDC was given until Monday to submit a brief. The group said the court decision was important and wanted to help find clarity. They hope to clear up confusion over securities transactions and secondary market transactions.

The price of XRP rallied to the $0.50 level this week and there is resistance there and at the $0.65 level.

The Ethereum blockchain completed its Merge to make the job of scalability easier, however, another chain has an inventive answer in the form of the XDC Network. The 108 Masternodes that complete the XinFin Delegated Proof of Stake (XDPoS) consensus of the XDC Network enable cheap transaction fees and 2-second transaction confirmation speeds. Innovative methods, such as double validation, staking via smart contracts, and simple randomization procedures, ensure security, stability, and a trustless ledger.

The XDC Network supports all EVM-compatible smart contracts, protocols, and atomic cross-chain token transfers. Sharding, EVM parallelization, private-chain creation, and hardware integration are recent examples of how chains are trying to scale. For both small and large organizations, XDC can be a scalable smart-contract solution for decentralized apps, token issuance, and token integration.

XDC Network addresses the bottlenecks of traditional chains and is an Ethereum-compatible and Ethereum-competitive blockchain platform that offers a foundation layer for business blockchain applications and innovation.

The project has now released its own scalability upgrade in XDPoS 2.0 on a testnet. A year of testing is planned before the new protocol is scheduled to be implemented in the first quarter of 2023. XDPoS 2.0 is seen as a significant step forward and the most complex upgrade since the XDC Network’s inception.

This upgrade will give the XDC Network military-grade security and performance while using minimal resources. Additionally, it will clear the way for the XDC Network’s future development. Multiple tools such as Origin – Token creation Platform, Remix, Explorer, Tools & documentations are available to help developers build on XDC Network. Already, the developmental conversations are active on Xdc.

With the Ethereum Merge complete, co-founder Vitalik Buterin said he hoped that blockchains like Dogecoin and Zcash would follow suit.

“As proof of stake matures, I expect it to increase in legitimacy more and more over time,” Vitalik said via video at the Messari Mainnet conference last week.

I hope that Zcash moves over. I am also very hopeful that Dogecoin is going to evolve over to proof of stake at some point soon.

At the Mainnet event, Buterin touched base with the CEO of Electric Coin Company Zooko Wilcox-O’Hearn. The group oversees Zcash developments and Wilcox-O’Hearn said:

You emailed me your plan for Ethereum, and I was like… This is so exciting. And it’ll never work. And then you and the Ethereum developers proved me wrong. It totally worked.

When asked if Zcash would potentially follow Ethereum’s venture into PoS architecture, the CEO said he had wanted to see how Ethereum fared after the upgrade.

“We've literally been waiting to see what we can learn from Ethereum,” Zooko said. “I guess what we’ve learned is that it actually works.”

The price of Dogecoin was higher by 6% last week as whale investors accumulated some coins. The Ethereum Merge has actually made DOGE the second-largest Proof-of-Work cryptocurrency behind Bitcoin.

Investors with wallets of 100 million to 1 billion DOGE have risen by 5% over the last week or so. That surge corresponds to 6 new whales joining the network, and these whales are holding up to 620 million DOGE ($38.5 million) in total.

Since the timing of these buys has come around the latest rise in Dogecoin’s price, it would seem natural that this accumulation could be behind the pump.

The price of DOGE is stuck near the lows around the $0.06 level, however, there is further upside potential and resistance at the $0.089 mark.