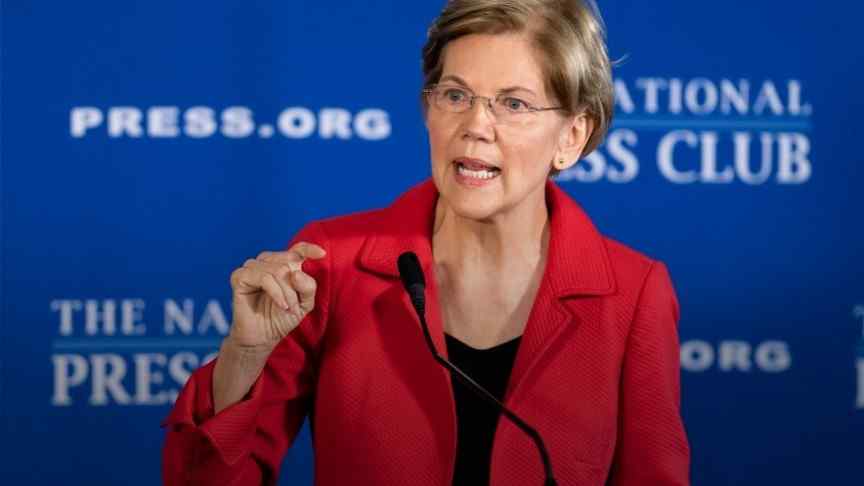 This Thursday the United States Senate held a hearing on Cryptocurrency and blockchain technology. The televised meeting featured notable remarks from Dr. Nouriel Roubi, a renowned American economist, as well as remarks from senior Senator Elizabeth Warren who is a Democratic presidential contender for 2020. Both Warren and Roubi outlined distinctly bearish views on crypto, and overall, the meeting was a setback for the sector.

The United States Senate Committee on Banking, Housing, and Urban Affairs is a legislative committee with jurisdiction over issues related to banking, price controls, and other financial concerns. The Thursday hearing was scheduled to discuss cryptocurrency and the burgeoning blockchain industry.

The meeting featured several well-known speakers who mostly focused their remarks on consumer protection and security. The majority of speakers took a negative stance on the industry, with bearish remarks from Senator Elizabeth Warren and Dr. Roubi garnering the most media attention.

Warren's commentary focused on consumer protection and scams in the industry. She stated,

Crypto is easy to steal and a lot of small investors are being scammed through initial coin offerings. The challenge is how to nurture productive aspects of crypto with protecting consumers"

Roubini, an economist who teaches at New York University's Stern School of Business, took a much harsher stance, calling cryptocurrency the "Mother of all scams". He went on to say the following,

Blockchain is the most over-hyped technology ever. It is nothing better than a glorified spreadsheet or database.

The Senate hearing comes at a time when equity markets are in correction, and there are rumors of another recession around the corner. But while most of the commentary at this meeting was negative, the United States government is taking some strides towards crypto acceptance. Last month several major Wall Street and crypto players met at a roundtable meeting at the behest of Congressman Davidson.