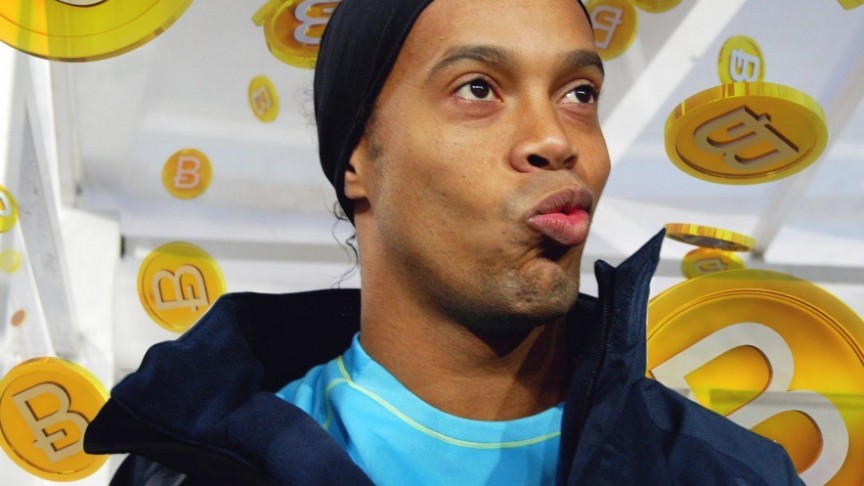 Former footballer Ronaldinho has announced an ICO for Soccer Coin. The token sale will fund the development of more than 300 VR stadiums.

Former Brazilian soccer player Ronaldo de Assis Moreira, better known as Ronaldinho, has announced that Ronaldinho Soccer Coin will soon be attempting to raise money through an initial coin offering. Ronaldinho first revealed his support for the project in a tweet earlier this year. Once the project raises enough capital, it plans to establish a football academy, host football matches across the world and operate a crypto sports betting platform.

The key aim of the project, however, is to develop VR stadiums to analyze player skill and curate a blockchain-based database. Over the next three years, these VR stadiums will be deployed to more than 300 locations across Africa, Asia, and the Middle East. The project was initially titled World Soccer Coin, but had its name changed to Ronaldinho Soccer Coin after the renowned football player agreed to lend his support to the initiative.

According to the project’s roadmap, work at two stadiums in Asia will be completed by July 2018. Operations will begin by the end of the year. The project has already partnered with five existing stadiums in South East Asia. The Ronaldinho Academy will be launched by 2019 with stadiums in Philippines, Vietnam, and Thailand also expected to be operational by then.

Ronaldinho had a glorious playing career across Paris Saint Germain, Barcelona, and Milan football clubs. Ever since announcing his retirement in 2015, he has expressed his desire to promote the sport around the world. He is not the first sports personality to be associated with an initial coin offering. Boxer Floyd Mayweather backed the Centra ICO, which went on to be halted by the SEC on charges of financial anomaly and possible fraud. NBA ace Stephen Curry also decided to launch his own version of Crypto Kitties, dubbed Curry Kitties. That too has now been suspended. While there is perhaps no doubt that Ronaldinho’s brand name will boost the project, it remains to be seen how much of a success Ronaldinho Soccer Coin will be.