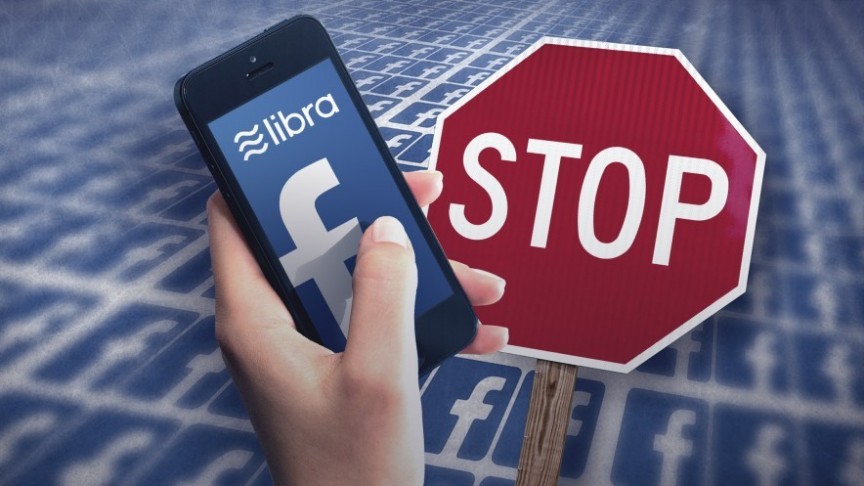 Facebook's Libra is not a cryptocurrency and doesn't run on a blockchain--It's a glorified PayPal. Yet, it may be the best thing for crypto.

By Stefan Stankovic for Bitrates.

Finally! Here it is -- the unveiling of the most overhyped digital currency in the cryptosphere and beyond: Facebook’s Libra coin. If you haven’t yet heard about it, congratulations, you’re doing the internet right. If you have, but you’re not really sure what all the fuss is about, read on, you've come to the right place.

So, what is Libra coin? According to the whitepaper,

The Libra Blockchain is a decentralized, programmable database designed to support a low-volatility cryptocurrency that will have the ability to serve as an efficient medium of exchange for billions of people around the world.

From what Facebook has told us so far, we know that the new digital currency (or cryptocurrency, as Facebook likes to inappropriately call it) will be a blockchain-based decentralized stablecoin, fully backed by a basket of fiat currencies, which will supposedly empower billions of people by allowing them easier access to the financial ecosystem.

Cool. Sounds wonderful when you put it like that. Now, let’s unpack it and see what’s really hiding behind the corporate speak.

Ten years ago, when Satoshi first published the proposal for the world’s first cryptocurrency, the overarching rationale behind it was based on the premise that the world was in dire need of an “electronic payment system that’s based on cryptographic proof instead of trust.”

Regardless of whether you subscribe to Satoshi's premise or not, it is undeniable that the idea behind the proposal was simple, unique, and nothing short of genius. Since the advent of Bitcoin, we no longer need to rely on financial institutions (and the states that back them) to serve as intermediaries to process payments, and we can, instead, process and verify transactions ourselves in a direct, peer-to-peer manner. Though the world has yet to agree on a universal definition of “cryptocurrency,” if you were to search for the meaning of the word anyplace, Bitcoin, and the above description, is where you’d start.

So, what does Facebook’s new stablecoin have to do with all of this?

Libra is not decentralized, it’s not permissionless, it’s not anonymous; you’re not in charge of your digital keys, it’s not fungible, it’s not by any means trustless nor, God forbid, censorship-resistant. Simply put, Libra is not a cryptocurrency.

If I were to make an attempt to define Libra, I’d say it’s an overrated, “user-friendly” version of PayPal, only instead of moving fiat currency around, it transforms your currency into traceable, Facebook-branded digital tokens instead.

Gaining the capacity to fully control one's own finances is what gave credence to this cryptocurrency thing in the first place, and - surprise, surprise - you don't get to enjoy that privilege with Libra. You must, instead, hold your facebucks in Facebook’s own custodial wallet called Calibra.

The whole point of decentralized cryptocurrencies and consensus algorithms is to do away with third-party trust, and to verify (cryptographically) instead. And again, with Libra you can’t do that; you must trust "chosen validators" (I’m not even kidding, those are the exact words used in Libra’s whitepaper) to do that for you.

I mean, what could go wrong?

A blockchain, but without the blocks, or the chain

Before we get into this, let me sidetrack for a moment and ask -- am I really the only one witnessing the paradox in this whole “backed by fiat” thing? Are we just going to roll with it? Since when are we supposed to accept that a fully collateralized asset is an asset backed by… an unbacked currency? You know that that’s what “fiat” in “fiat currency” stands for, right?

Anyway, as we acknowledged previously, Facebook claims that the Libra coin is run on a blockchain - a private “permissioned one,” but still a blockchain. Except, “unlike previous blockchains, which view the blockchain as a collection of blocks of transactions,” the authors of the whitepaper note: “the Libra Blockchain is a single data structure that records the history of transactions and states over time.”

Umm, what? So basically you’re recording transactions on what might as well be just a glorified Excel spreadsheet, shared amongst an elite group of “chosen validators” whereby “anyone with the link can edit,” and you’re calling that a blockchain? Just like that? Is nothing sacred, Facebook? Is blockchain just another word?

That right there should be enough to get any self-respecting crypto enthusiast off of the hype train but, as you might imagine, Libra is a gift that keeps on giving.

Helping the “unbanked” get banked

Facebook’s central claim is that “No matter who you are, where you live, what you do or how much you have, Libra is built to make money work for everyone.” Their self-proclaimed mission is to “reinvent money“ and “empower billions of people.”

Okay but, how so? How is Libra reinventing anything, let alone money? Besides, what does Facebook really mean when they say “Libra is for everyone?” Is Facebook defining “everyone” the same way Lawrence Krauss defines “nothing”? Everyone that submits an ID, passes KYC/AML checks and gets approved by Facebook to join the network? Everyone except ~3 billion people living in India, China or Iran? Moreover, if the governing consortium can block or prevent any transaction at will, then what makes Libra any different or better than PayPal, for example?

To add to this, Facebook claims that “the Libra Blockchain is pseudonymous and allows users to hold one or more addresses that are not linked to their real-world identity” … Yeah, okay. Good luck explaining that to the Senate on July 16.

Speaking of the Senate...

What do governments have to say about all this?

Unsurprisingly, they’re very concerned. The same day Facebook announced Libra, regulators around the world started raising the alarm. France’s finance minister Bruno Le Maire was one of the first to express concern; the idea of Libra becoming a “sovereign currency” is “out of the question,” he asserted. Soon after, speaking at a central bankers conference in Portugal, Mark Carney, governor of the Bank of England stated that if Libra were to succeed “it would instantly become systemic and will have to be subject to the highest standards of regulation”. In the US, Maxine Waters, chair of the House Financial Services Committee urged Facebook to pause their operation until Congress has had a closer look at the project.

While governments and lawmakers are addressing Libra’s potential impact on the monetary sovereignty of countries and its possible misuse for money laundering, tax evasion, and financing terrorism, the public is more concerned about things unbeknownst to Facebook, like privacy and data protection.

Can we trust Facebo... I mean Libra?

I don’t know if you can, but they certainly want you to. Perhaps that’s the reason why the word “Facebook” is nowhere to be found in Libra’s whitepaper, seeing as Facebook isn’t exactly synonymous with data protection and user privacy these days.

After the Cambridge Analytica scandal, it’s only natural for people to be increasingly worried about their data privacy. David Marcus, Facebook’s blockchain lead, assures us that Libra will store its financial data on separate servers and won’t share it with Facebook.

Now, what they mean by “separate” and “won't” is up for discussion. You see, if they can call a permissioned single data structure with no blocks or a chain a “blockchain,” and say “it’s for everyone” when clearly it’s not, how can we be sure that anything they say is true?

What I’m trying to convey here is that letting Facebook play with your money and manage your transactional data is like letting Michal Jackson take your kid to Neverland.

What does all of this mean for crypto?

Despite all my above-stated misgivings, I actually believe Libra will be positive for crypto.

Some people in the field think that Libra will stand so tall and cast a shadow so big that it will swallow all of the existing crypto projects and banish them to obscurity for eternity.

Others, like myself, believe that Libra is the best thing that could happen to crypto. On one hand, it will keep governments busy and draw the fight away from real cryptocurrencies, and on the other, it will raise public awareness and get people accustomed to the idea of stateless money. And from there to decentralized cryptocurrencies - it’s a far easier road.