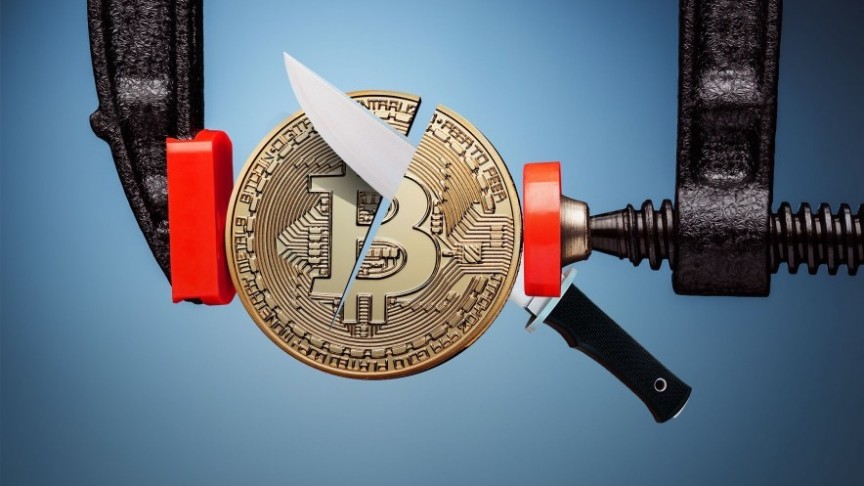 Unless you’ve been living under a 1st generation ASIC miner, you’ve probably heard the big news - The Bitcoin ‘Halvening’ is coming. Well, to be accurate, the 3rd Bitcoin Halvening is coming, but this one is different; really different. What’s different about it? Well, this Halvening is coming at an important crossroads in the history of Bitcoin, because Bitcoin has never been more popular. This means more people than ever give a damn about what happens on the network, especially when the crypto-pundits can spin the Halvening to forecast big profits. This Halvening also comes at a time when Bitcoin mining is big business, so this Halvening will affect the bottom lines of the biggest miners on the planet, maybe to the point where they have to shutter their doors due to lack of profit.

Perhaps most importantly, this Halvening is happening at a time when fiat currencies and global monetary systems are more stressed than ever before. Interest rates are plummeting, economies are stagnating, national currencies are devaluing, credit bubbles are poised to burst and it appears more and more like we may be on the verge of a second Global Financial Crisis. Could this Halvening showcase Bitcoin as a viable financial tool to help curb global financial instability?

What is the Halvening?

While one could fill an entire wiki on how the controlled supply of Bitcoin manages inflation, perhaps the best and most succinct explanation comes from Satoshi Nakamoto himself:

The fact that new coins are produced means the money supply increases by a planned amount, but this does not necessarily result in inflation. If the supply of money increases at the same rate that the number of people using it increases, prices remain stable. If it does not increase as fast as demand, there will be deflation and early holders of money will see its value increase.

Coins have to get initially distributed somehow, and a constant rate seems like the best formula. - Satoshi Nakamoto

How Will The Halvening Affect Bitcoin Markets?

For your average Bitcoin enthusiast, this is the big question. Let’s be honest, the vast majority of those who hold Bitcoin do so in the hopes of generating a profit from its speculative value, not because they think Bitcoin is a viable financial tool for tomorrow's global monetary system. 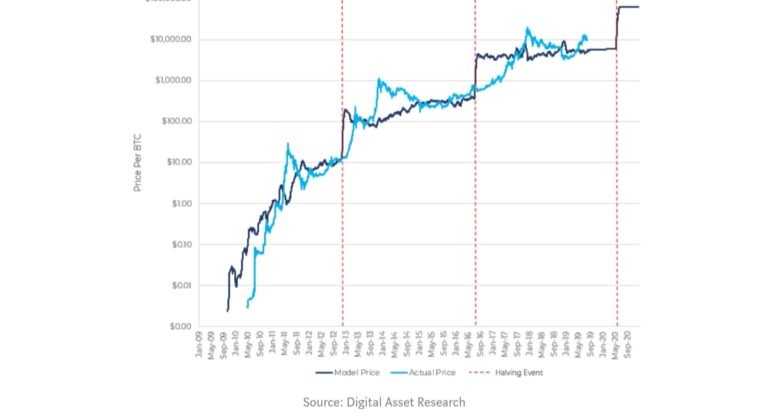 Historically, “Halvings” have precursed substantial rises in Bitcoin’s value, this is true. Yet, there is no way of knowing to what extent halvings have increased value, if any, as Bitcoin’s value has largely been driven by the huge increase in demand from investors, and not by the correlation with reduced supply.

In terms of market economics, this Halvening should affect values, as fewer coins hitting the market would relieve selling pressure after the halving event. In simple terms, if demand for Bitcoin remains constant, less supply means more scarcity, equalling an increase in value. Many analysts will try to quantify just how much that increase will be, but this type of speculating is best left to those willing to speculate without any real evidence, like everyone’s favorite Bitcoin-idiot, John McAfee.

There is a caveat, however. Bitcoin’s halvings (read: supply reductions) are not events that happen unexpectedly. That is to say, the market knows when Bitcoin’s block rewards will be cut, and by how much. With this in mind, it is logical to assume that the market will have already priced in the supply reduction prior to the halving event.

Here's a hot take that will piss off a lot of Bitcoiners. The "halvening" is completely irrelevant as a price driver. You can't simultaneously believe that markets are smart/efficient and also believe that events literally everyone can see coming at the same time actually matter. https://t.co/ag1VPdMdTp

What About the Miners?

Miners are the unsung heroes of the Bitcoin ecosystem, or at least, they used to be. In the beginning stages of the Bitcoin network, miners diligently offered their computing power to help run the network at a time when the transaction fees and BTC block rewards were almost valueless. Many of these first-generation miners were crypto-geeks who were willing to offer up their personal PCs to the network in the hopes of changing the internet with a diverse, decentralized financial tool, and the last thing on their mind was profit.

Now, miners serve the network to make money, plain and simple. Sure, these mining firms might hold the Bitcoin ethos dear to their hearts, but you won’t see them running at a loss just to keep the network diverse. These days, massive mining farms burn up city-sized amounts of electricity in a continuous competition to win block rewards, and since the bubble burst, many of these mining firms are operating on thin profit margins, especially the smaller players.

With the upcoming Halvening looming over their heads, miners are about to see block rewards cut from 12.5 BTC to 6.25 BTC. For the smaller mining firms who are operating at a break-even capacity, this will spell certain doom. Of course, if there is a large pump in BTC values, then the offset could help keep these firms in the network, but they would likely have to weather an undetermined amount of time where prices are slow to correct to a higher valuation.

If these smaller firms drop out of the network, the Bitcoin ecosystem will see a drastic drop in diversity, leading to increased centralization - something that could compromise the security of the network drastically, and potentially lead to a drop in trust form those who look to utilize Bitcoin. That is, of course, until the hash rate adjusts and the value drops, disincentivizing the operation of massive mining farms. At this point, smaller miners would re-enter the network, and diversity would be reinstated. Bad for speculative profits at the time, but proof that Bitcoin’s algorithm is rooted in sound economic principles.

The Halvening Is Big News, Even If Prices Don’t Increase

The Halvening is hard to quantify in terms of “good” or “bad” for Bitcoin. This is because “good for Bitcoin” is currently synonymous with “good for investors”. Higher valuations of Bitcoin are not why block reward reductions were programmed into Bitcoin’s algorithm, nor are the profits of miners. The point of the Halvening is to help keep Bitcoin’s inflation rate trending toward zero, and no matter what happens to market values, the process will achieve its means.

Look at it this way:

Much like gold, Bitcoin is always becoming more scarce. As it becomes harder to mine Bitcoin, the value of each coin should go up so long as demand remains constant, and demand should remain constant as long as Bitcoin continues to prove a good store of value.

When evaluating the value of the halving process, you really only need to know the answers to three questions:

Does the halving process contribute to the view that Bitcoin is a good store of value? You bet it does.

Will the halving event happen regardless of market dynamics? Absolutely.

Will block reward reductions ensure everyone keeps making ridiculous amounts of money in a speculative market? No one could possibly know that.

In the end, the Halvening undoubtedly supports Bitcoin’s use-case and proves that Bitcoin can potentially solve the problems associated with today’s currencies and stores of value. If Bitcoin was designed to create a functional alternative to how value is created on Earth, then this halvening above all others will prove that the concept behind Bitcoin is sound. Don’t focus on the effect the Halvening has on the market, focus on the effect it has on Bitcoin.