The Reasons Behind the Bitcoin Surge and the Correction 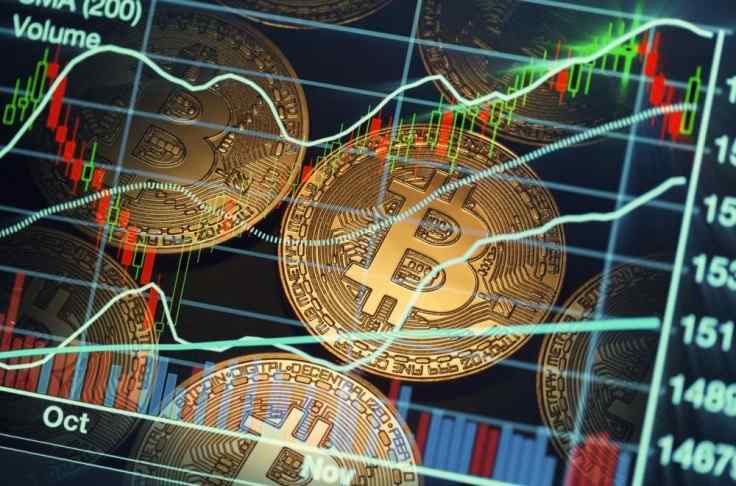 The Reasons Behind the Bitcoin Surge and the Correction

At the end of November Bitcoin’s price broke through the $10,000 milestone. The ‘original’ cryptocurrency’s price had started the year at around the $1000 level. It had reached that point after a, relatively, smooth ascendancy over the course of 2016 took it from a little over $400.

The early part of last year also saw this strong, consistent glide upwards continue, accelerating as summer holidays gave way to early autumn. By November 8th Bitcoin’s price was within touching distance of $7500 but then dropped almost 20% over four days back down to under $6000. The ‘bubble’ many analysts were calling, particularly those from mainstream traditional finance looked to have burst.

At the end of November Bitcoin’s price broke through the $10,000 milestone. The ‘original’ cryptocurrency’s price had started the year at around the $1000 level. It had reached that point after a, relatively, smooth ascendancy over the course of 2016 took it from a little over $400. The early part of last year also saw this strong, consistent glide upwards continue, accelerating as summer holidays gave way to early autumn. By November 8th Bitcoin’s price was within touching distance of $7500 but then dropped almost 20% over four days back down to under $6000. The ‘bubble’ many analysts were calling, particularly those from mainstream traditional finance looked to have burst.

However, what happened next has no real parallel in the history of financial markets and catapulted Bitcoin, and, by association, the rest of the cryptocurrencies market, sharply into the wider public consciousness. Bitcoin’s price caught fire. By the end of November, $10,000 was passed. Another correction was widely anticipated but rather than drop back again, Bitcoin roared on and had touched $20,000 by mid-December.

This time the major correction did come and with a bit of zig-zagging in between, Bitcoin heads into the end of January bouncing around the $10,000 to $13,000 channel, having even briefly dropped below $10,000.

Quite the rollercoaster two months for Bitcoin! But what have the influences driving this spectacular price volatility been? We can break them down into stages: influences that took Bitcoin’s price steadily upwards over the year or so before the last couple of months, the jump to $10,000, those that propelled it to $20,000 and what has subsequently brought it back down to around $10,000.

Bitcoin has been around since 2009 but until the last year or two had a relatively narrow circle of adopters, despite a short-lived wave of wider publicity in late 2013 to early 2014. This was also the result of a price surge and subsequent drop, though not on a scale comparable to that we’ve witnessed during the past several months. However, over the past couple of years, Bitcoin has been steadily gaining wider traction. Companies such as Microsoft and gaming platform Steam, online travel booking service Expedia and Virgin Galactic, Richard Branson’s commercial space flight venture, were among the higher profile companies that started to accept Bitcoin payments.

Bitcoin was gradually making progress towards what it was originally intended to be – a genuine alternative to fiat currencies. This went a long way towards helping the cryptocurrency steadily gain traction over the course of 2016 and early part of 2017.

This period of steady development, both in its exchange value and use, brought Bitcoin back to the attention of mainstream media, and into public consciousness. This was a gradual process at first but popularity increased enough for more adventurous CFDs brokers to begin offering Bitcoin-based CFDs, which proved popular. As media coverage increased, so did wider interest and Bitcoin’s upwards price trajectory started to accelerate.

In the background, more forward-thinking and entrepreneurial sectors of mainstream finance were now taking Bitcoin and the cryptocurrency movement seriously. Bitcoin had now been around for over seven years and showed no signs of going away. It couldn’t be written off as a passing fad within a nice circle of users anymore. The first regulated exchange to break ranks and announce it would start to offer futures on Bitcoin’s price was the Chicago Mercantile Exchange. The CME also happens to be the biggest commodities and futures derivatives exchange in the world. The Chicago Board Options Exchange (Cboe), the largest options exchange in the US, followed soon after and then beat the CME to the punch by launching futures trading a couple of weeks before its rival.

This development marked Bitcoin’s entry into mainstream finance. Bitcoin derivatives on regulated exchanges meant that it became possible for more speculative institutional capital to gain exposure to the Bitcoin market. This was a potential game-changer in terms of the depth and liquidity of Bitcoin markets, as well as its chances of long-term survival, and hopes of flourishing as a genuine alternative to fiat currencies.

It was these announcements that were the main influence in pushing Bitcoin’s price quickly up to the $10,000 level. This jump then poured further fuel on the growing fire of public interest and had a snowball effect on the number of small private investors keen to get a slice of the action by buying some Bitcoin. There was a clear element of ‘fear of missing out’ driving the spectacular price rise by this point, pushing it towards $20,000 in a little over two weeks.

At this point, with Bitcoin having hit annual returns of around 2000%, it appears that the temptation for early investors to take profits proved irresistible. It is important to note that Bitcoin’s overall ownership has a significant ‘whale’ influence with a relatively small number of early investors holding a large chunk of the total Bitcoin in circulation. Whether entirely accurate or not, it has been estimated that around 40% of all Bitcoin was held by around 1000 individuals towards the end of last year. Those Bitcoin ‘whales’, and other smaller early investors cashing out some of their holdings to lock in profits looks to have marked the turning point in the price surge. They may well have been tempted to do so at $10,000, as many market observers expected, but the pace of upwards momentum at that point was so quick it meant profit taking was put on hold. But at $20,000, sell orders were executed, and Bitcoin’s price quickly dropped back to below $14,000.

Prices then zig-zagged as Bitcoin investors, many of whom had either held off earlier or had taken profits at around the $20,000 peak, clearly adopted a ‘buy the dip’ strategy.

The past couple of weeks have seen Bitcoin’s price trend back down to the $10,000 to $13,000 channel. A significant influence is thought to have been fears that regulators in South Korea will shut down the country’s cryptocurrency exchanges in coming months. A bill to that effect is currently being considered by the country’s national assembly. While it is far from clear if it will eventually pass into law, many South Koreans appear to have taken preemptive action by cashing out Bitcoin holdings they fear may become hard to sell if exchanges are in fact shut down.

China already took a similar step in late December, which led to many Chinese Bitcoin investors moving to exchanges based abroad. South Korea is thought to have been the most popular new home of Chinese-owned Bitcoin. China is also now said to be close to also blocking off internet access to foreign cryptocurrency exchanges, also a likely influence in selling activity over the past couple of weeks.

Another factor is most likely a general slowdown of the Bitcoin-mania that had gripped the world over the last couple of months of last year. The correction at $20,000 raised awareness among inexperienced speculators that up was not the only direction Bitcoin’s price could take.

Where Bitcoin’s price will go from here is an open question. For now, it looks as though the $10,000 level is offering strong resistance. It could well be that Bitcoin has gained enough traction to avoid a significant slide back below $10,000. However, there is also plenty of opinions that the Bitcoin ‘bubble’ has now burst and that is indeed what will happen. The institutional involvement in the market opened up by the launch of futures trading could also both provide price support and also lower volatility as a result of greater liquidity. Or institutional capital may choose to shun Bitcoin as a result of the recently spectacular volatility it has displayed making it too high risk. Whatever direction the market now takes, 2018 is again unlikely to be dull for Bitcoin.