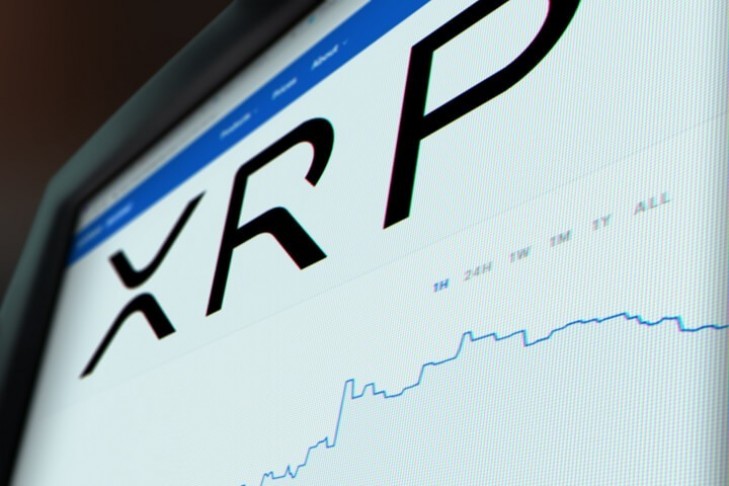 The XRP price recovered over the last two weeks from lows near the $0.5500 level after new developments in the project’s court case boosted its hopes.

Judge Analisa Torres granted Ripple the permission to respond to an SEC Memorandum of Law in support of the Motion to Strike fair notice defense.

Additionally, the judge ordered the unsealing of three documents related to the SEC vs. Ripple case, including emails from Ripple CEO Brad Garlinghouse and founder Chris Larsen.

It's good because we are moving into the second phase of the case where "things" are going to happen.

The recent news ended a bad slump for XRP, which has dropped from highs of almost $1.35 in November.

The positive performance in Ripple has cooled this week as markets are weighed by the Russia and Ukraine situation. The United States has said that a move by Russia into Ukraine is possible by the middle of the week, while the country and its European allies have warned of ‘severe consequences’ if Russia makes a military effort.

The company backing XRP also embarked on a share buyback recently and the CEO was positive for the future, saying:

“Even with 2021’s headwinds, it was our best year on record,” he stated, revealing that the company’s $1-billion bank balance makes it the “strongest we’ve ever been.”

The cryptocurrency market was a sea of red for the week and Solana lost 20% of its value in the sell-off. The coin is also looking bearish on the weekly chart and could see further losses this week.

Resistance below comes in at $58.00 and we are seeing a fall from grace in the project after highs of $260 in November. The market cap of Solana is now $30bn and lags the valuation of Cardano by $5bn with a current ranking of number 8 in the list of coins.

Solana has always been seen as an ‘Ethereum killer’ and while Ethereum is moving towards Proof of Stake technology, Solana has been built on that model from day one. The Solana chain also has a very fast transaction speed of 50,000 transactions per second. The price drop in SOL may be related to the fact that ETH is getting closer to challenge the newcomer and interest may be fading.

However, Solana is still seeing new developments such as the metaverse project Portals, which raised $5 million recently from venture capitalists.

Greylock said of the new project:

We see Portals as the most promising browser-based metaverse platform. It is a social space that you can explore, invest in, make your own, and gather with others. We’ve been blown away by the team’s velocity, quality and vision. Along with a growing community, they’re crafting a fun, dense virtual city people actually want to visit.

The price of LEO was a rare gainer amidst the bearish activity with an improvement of 17%.

The token surged after the DOJ announced that it had recovered a large portion of the stolen funds from the 2016 Bitfinex hack.

The token was issued in 2016 to refinance the Bitfinex exchange after it lost around $70 million worth of Bitcoin. In the original whitepaper describing LEO, Bitfinex promised that they would use any 80% of any recovered funds to buy back and burn LEO.

On February 8th the US Department of Justice announced that it seized over $3.6 billion worth of Bitcoin, around 94,000 coins, stolen from Bitfinex in 2016. At today’s market value, the coins would be worth around $4.5 billion.

Bitfinex confirmed its plans to use the recovered funds to buy back and burn the LEO token in a statement issued on Tuesday. The exchange said that the process would be completed within 18 months of receiving the funds.

Bitcoin led the crypto market lower last week as it followed the risk assets lower on the Russia headlines.

One bullish headline for BTC was that Blackrock had begun trading in Bitcoin futures. That was revealed in a regulatory filing with the Securities and Exchange Commission (SEC). The asset manager has reportedly allocated a small part of its portfolio to BTC trading on the Chicago Mercantile Exchange.

The firm is the most important asset manager in the world with $8.6 trillion in assets under management (AUM) and in a previous interview for CNBC, BlackRock’s CIO Rick Rieder stated that they had “started to dabble” in the world’s largest cryptocurrency.

According to the document, BlackRock has only allocated $6.5 million to 37 futures contracts on the CME BTC derivatives.

Bitcoin trades at $42,660 but it saw a sell-off late last week and the bearish candle could lead to further losses this week if stocks see further selling.