Search for bitcoin-diamond with 50 results 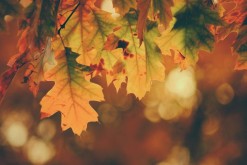 Industry 3 days ago by Mike Dalton 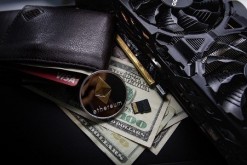 The fate of online casinos is changing. Many countries are amending laws to legalize online gambling and make it profitable for the state. 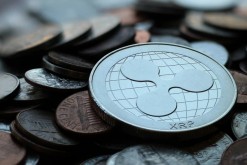 Coins and Tokens 5 days ago by Kevin George 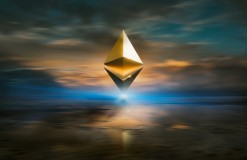 Ethereum 5 days ago by Guest Writer 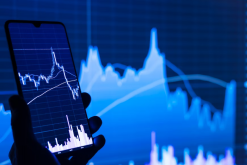 Industry 1 week ago by Mike Dalton

Regulation 1 week ago by Mike Dalton 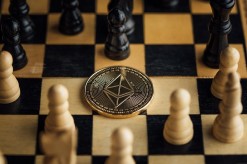 Ethereum 1 week ago by Guest Writer 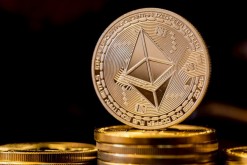 Coins and Tokens 1 week ago by Kevin George

Industry 2 weeks ago by Mike Dalton 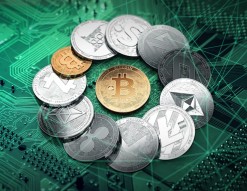 Coins and Tokens 2 weeks ago by Kevin George

Can I Shop Online with Bitcoin?

What Can You Buy With Bitcoin?

How Does Bitcoin Mining Work?

Should I Invest in Bitcoin?

How Are Bitcoin Transactions Processed?

What Is a Bitcoin ATM?

What Is a Bitcoin Credit Card?

What is Bitcoin? How Does it Work?

Is It Safe To Invest in Bitcoin?

Mercado Bitcoin is one of the biggest cryptocurrency exchanges in Brazil and South America, supporting Bitcoin, Bitcoin Cash, and Litecoin in exchange for Brazilian Real only. They put a lot of work into security and have hundreds of thousands of users and a good level of liquidity that ensures fair rates.

Bitcoin Indonesia is the largest cryptocurrency exchange in Indonesia and though it offers worldwide services, it accepts fiat deposits only in Indonesian Rupiah, which makes it more expensive for international users. Users can buy and sell Bitcoin, Ethereum, and other digital coins through the web platform as well as the two mobile Android apps.

Bitcoin Romania is the most important crypto exchange available on the Romanian market. Users can make safe and fast transactions through their platform or by using their ATMs. The exchange is designed for general use, is beginner-friendly, and offers a good user experience.

Bitcoin.de is one of the few companies that allows trading with audited Bitcoin customer portfolios. The exchange is known as one of the most important exchanges in Germany and is focused on safety and trust. Bitcoin.de is mostly dedicated to German nationals but investors worldwide are invited to use their services.

Coinnest is the 4th largest cryptocurrency exchange in South Korea. It offers well-known digital coins like Bitcoin, Ethereum, Ethereum Classic, as well as many lesser-known coins and tokens: TRON, Bitcoin Diamond, Cardano, NEO etc. By offering these obscure cryptocurrencies, many of which are not on most exchanges, this relatively new platform has managed to attain large volumes of transactions.

Coinsquare markets itself as Canada's leading platform for fast and easy trading of Bitcoin, Ethereum, Litecoin, gold, silver, and several other cryptocurrencies. For users trading over $25k or $100k, Coinsquare offers Concierge and Diamond accounts that have lower fees for wire transfers and a dedicated customer support. Coinsquare is among the most popular trading platforms in Canada.

Paymium (also known as Bitcoin-Central) is a France based BTC exchange, the first European Bitcoin marketplace compliant with EU regulations on payment services. They allow users to send Bitcoins via email for free and offer BTC payment integration for merchants through its open-source API.

xCoins is a peer-to-peer Bitcoin lending platform that claims to provide users with quick access to Bitcoin in a more convenient way than typical cryptocurrency exchanges. It connects lenders with borrowers in a process they call secured loans. xCoins offers a fast way to pay for Bitcoin with all major credit cards, via bank account, or with Paypal.

Cubits is an UK-based full-service Bitcoin crypto exchange. The platform allows users in almost every country besides the US to purchase Bitcoin by using a wide range of payment methods. Cubits offers direct buy and sell options across 27 different currencies in 8 languages. Transactions are instant and the process is easier than online banking.

Zebpay is a mobile app Bitcoin exchange that can be used as easily as an instant messaging app. The company guarantees fast transactions and the best Bitcoin rates in order for their users to control their financial destiny. The exchange app is designed for everyone and can be downloaded from Google Play Store or the App Store.

Bitcoin Core is the full node client for Bitcoin, and although it is not rich in features and does not have a very user-friendly design, it provides a lot of security. Users need to download the full blockchain (180gb) and are responsible for their private keys. The platform is open-source and it works on desktop only - Windows, MacOS and Linux all support it.

The Schildbach Bitcoin Wallet (simply Bitcoin Wallet on the Android store) was the first Bitcoin wallet for mobile and it has over a million downloads. It was created in order to simplify Bitcoin transactions for anyone who wants to invest in the cryptocurrency and has many useful features that its users appreciate. Many new mobile wallets were developed based on its open-source code.

BitcoinPaperWallet is an alternative option for those who don't trust digital storage or prefer to hold their coins in their hand. It is a purpose built paper card with a triple fold and hologram sticker to ensure only the intended recipient can read the information. If used correctly and stored safely a paper wallet will ensure no hacker can access your keys.

Armory has a reputation for being the most secure wallet for Bitcoin available. They pioneered cold storage, paper back up, and multi-signature technology. From a users point of view there are two very important obstacles; you will need technical skills for a proper set-up and operation, the platform was developed for storage not procurement. It's a vault, an armory if you will.

Bitwala is endeavoring to create the first cryptocurrency bank and works closely with regulators. The idea is to bridge the gap between traditional banking platforms and the new blockchain technology in a way that is transparent and regulated. Bitwala Bitcoin Wallet has partnered with payment processors and issues debit cards for spending Bitcoin to its customers.

Zebpay is a mobile wallet mainly Bitcoin users from India. Zebpay is easy to use with a connected Indian bank account, has a built-in exchange service with decent Bitcoin exchange rates. This wallet platform is an off-Blockchain wallet, meaning transactions are fast with instant confirmation by servers.

Bitlox is an advanced hardware wallet that can store up to 100 separate wallets, including hidden ones, and offers a wide variety of features. The developers call it 'the Rolls Royce of Bitcoin wallets'. It's the smallest in its class, with a shockproof and waterproof case and claims to have an unbeatable security level.

Mycelium is known as one of the earliest and most secure Bitcoin wallets available on the market. Unlike other mobile apps, private keys are user controlled and never shared. The wallet was initially targeted to early Bitcoin adopters for anonymously buying/selling and making online purchases. It is now integrated with the Trezor wallet providing an even more secure level of storage.

Unocoin is India's top Bitcoin wallet platform. It's designed for all types of consumers and offers a user-friendly interface. It's easy to use and Bitcoin can be bought with Indian Rupee using a bank account. The wallet can be used on several devices.

Coinapult wallet supports Bitcoin and DASH and is fairly easy to use. It has a unique feature that allows you to send Bitcoin to somebody's email, mobile phone, or even Telegram. Their partnership with CryptoCapital Exchange also provides the option to buy and sell.