Search for kyber-network with 50 results 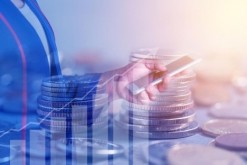 Bitcoin 3 days ago by Guest Writer

Cryptocurrencies are typically valued by market cap, trading volume, and price. Tokens worth $100+/coin are usually not ideal for small traders.

During the opening of the Cop27 in Egypt, UN secretary-general Antonio Guterres warned that humanity was on a ‘highway to climate hell’.

The cryptocurrency market is one of the most rapidly expanding parts of global finance. It is highly unpredictable and unfamiliar to many people. 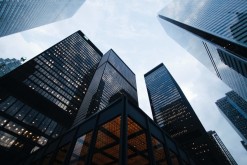 Industry 3 weeks ago by Mike Dalton 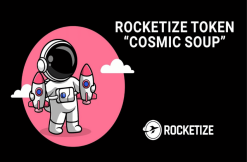 Rocketize Token (JATO) is an upcoming meme coin with numerous features including smart contracts. Let's see how JATO differs from LINK and AAVE.

Platforms and Projects 3 years ago

A Guide to the Lightning Network

What Is Blockchain Technology?

Platforms and Projects 3 years ago

Where Did Blockchain Come From?

What is the Next Ethereum?

What are Smart Contracts? How Do they Work?

Bisq Network (formerly known as Bitsquare) is an open-source project and a decentralized network where users can exchange Bitcoin for fiat currencies or alternative cryptocurrencies with full anonymity. Bisq runs as a desktop application that synchronizes with Bitcoin Main Net by using the privacy of the Tor Browser, increasing transaction anonymity.

Huobi Pro Trading Platform is the successor of Chinese Huobi Firewire Network Exchange, having re-registered in Seychelles and moved all users' digital assets. The Chinese exchange is best known for reaching a record amount of daily traded BTC, though there are (unsupported) claims that the company has faked trading volumes on several occasions.

Bitmarkets is a peer-to-peer anonymous digital asset trading platform that functions like a two-party escrow service, fully decentralized. Both parties lock mutual deposits that can be released when both agree on payment or refund. Once the transaction is locked neither party can back out or defraud the other. Privacy is ensured by the Tor network and the transactions are free of charge.

Chip Chap is a service that allows users to exchange their money in less than 10 minutes. With the Swift app feature, any user can purchase or sell Bitcoins. The service is available in almost every country in the world. They also partnered with several ATM network providers so users can exchange fiat currency for Bitcoin more conveniently.

LibertyX, formerly known as Liberty Teller, is best known for launching the first Bitcoin ATMs in the U.S in 2014. Though they no longer operate the ATMs, Liberty X has grown to be the largest retail Bitcoin exchange network in the United States. Users install the app and then can search for the most convenient local retail partner that accepts cash payments in 39 of the US states.

GDAX is an upgrade of Coinbase's exchange services in order to fulfill the needs of professional traders and corporate clients. The new platform meets the high standards and needs of trading companies, implementing complex chart views and advanced order types. Coinbase is still available, now with the singular purpose of serving the needs of retail customers.

21 Mainstreet, (formerly BitcoinXRomania) is a P2P cryptocurrency exchange from Romania that allows users to trade Bitcoin, Ethereum, and 70+ other digital coins and tokens. The exchange also offers several fiat currencies like EUR, USD, GBP, HUN, RON. Due to its low fees, it is probably the cheapest way to buy cryptocurrency in Romania. To buy cryptos, the exchange requires users provide ID.

ANXPRO is a Hong Kong based online trading platform offering fiat-to-crypto and crypto-to-crypto exchange services, OTC trading, a mobile wallet, and debit card. What makes it stand out, apart from its services and diverse cryptocurrency offerings, is support for 10 fiat currencies. They also claim to have introduced the world's first physical Bitcoin retail store and world's 3rd BTC ATM machine.

AvaTrade is a popular online trading platform that offers users support for over 250 Forex pairs, commodities, indices, bonds, ETF's, CFD's and more recently cryptocurrencies. The service stands out as being highly flexible in terms of trade choices for professionals and is regarded as a regulated trusted broker in the trading community. Established in Ireland, the company has over 200 employees.

Gatehub is an open source web wallet that works primarily with the Ripple network. Users are able to buy Ripple with fiat funds and trade with other Cryptocurrencies and against precious metals. They also offer an API for financial institutions. Gatehub is also available on Android and iOS.

Counterparty is an open-source platform for peer-to-peer markets which allows users to create their own tokens . The platform is built using Bitcoin Blockchain. Built on same principles. The offer a decentralized exchange for tokens created on their platform. It designed primarily as a new sort of crowdfunding and voting app using Blockchain technology.

Airbitz is an online wallet platform that is integrated into the OpenLedger decentralized exchange system, dubbed 'perhaps the world's most powerful' decentralized financial platform. It is powered by the BitShares technology. They claim to be faster, much more secure, and offer more features than the Bitcoin network, with price-stable market-pegged assets (SmartCoins) and user-issued assets.

My.Dogechain is a server side online wallet. It is developed with the Block.io software. Your keys are stored encrypted on their cloud. Only the users password can decrypt the wallet so, MyDogecoin.info has no access to your account but if you loose your password all funds are lost. It has a minimalist design and serves the basic functions of wallet with no bells and whistles.

Block.io is a web-based platform mainly targeted to developers that want to build their own wallet. It's a basic wallet API that can be adapted by developers to meet their needs. It supports Bitcoin, Litecoin or Dogecoin. Block.io has some good security features and offers by default a free ad-supported version for the basic service plan.

Electrum is an open source wallet that is updated by multiple developers. Consequently, to the average user, it will seem disjointed and complex. It allows extensive security functionality which is appealing if you want to save your bitcoins. There are multiple ways that it is able to quickly verify a transaction making it also convenient.

Bitgo is one of the heavy hitters in the industry. The company not only insures their user accounts they have brought security to a whole new level. Their platform goes far beyond the average user they also have a whole host of Business services related to their wallet.

The Lisk wallet is developed and maintained by the Lisk foundation, the same core that created the Lisk blockchain. It has the same basic features as any core wallet. Security is features are pretty good for a desktop wallet and unlike many core wallets it is not bogged down by the entire node.

Freewallet began as individual wallets for popular currencies. The new multiwallet version combines all the 30+ supported coins into one wallet and allows instant exchange between coins. It is a mobile first app but has been widely criticized for maintaining control of users keys. There have been extensive rumors that the platform has been involved in stealing customer funds.

DigiByte Wallet is the core wallet for the DigiByte cryptocurrency, created, managed, and maintained by the same core developers. The wallet works on most platforms and it's easy to use so anybody can start using it. If you want to get into a new cryptocurrency, DGB is worth a try.