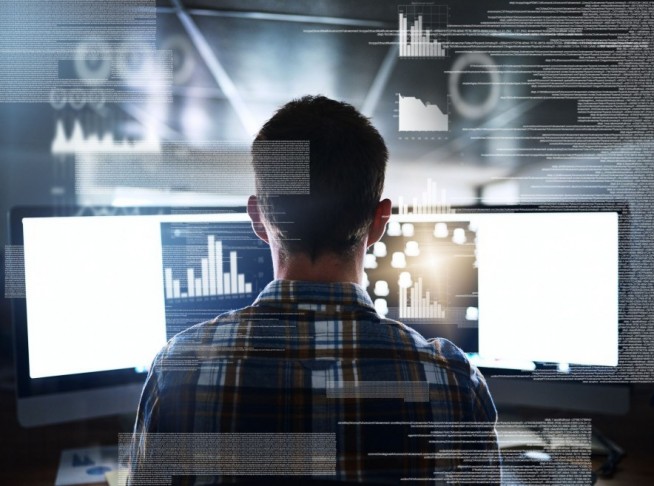 Bitcoin has rallied to new highs above $44,000 after Tesla announced it had invested $1.5 billion in the coin. The electric vehicle maker also said it would begin to accept the coin as a form of payment in the “near future”.

The news has driven BTC higher after another test of the $40k level last week looked to have come up short. Today’s move sees the world’s largest cryptocurrency higher by 14% to trade at a market cap of $814 billion.

Elon Musk had the crypto market buzzing a week ago when eagle-eyed fans noticed that he had changed his Twitter bio to just “Bitcoin” with the coin’s logo. The entrepreneur has also tweeted support for Dogecoin in the last couple of weeks and shared some memes regarding the coin.

In a filing with the Securities and Exchange Commission, Tesla said:

In January 2021, we updated our investment policy to provide us with more flexibility to further diversify and maximize returns on our cash that is not required to maintain adequate operating liquidity.

The company added that the policy would include investments in alternatives to the US dollar, with gold bullion, digital assets, and ETFs listed.

Tesla’s investment comes at a time when Ray Dalio, founder of the hedge fund behemoth Bridgewater, said he was considering the coin for a cash alternative fund. Both billionaires are obviously concerned about the debasement of the US dollar through monetary policy and government spending.

Dalio said in a letter to clients that Bitcoin was “one hell of an invention” and added:

There aren’t many alternative gold-like assets at this time of rising need for them.

The boost for the cryptocurrency market is not only the big names that are now showing their support but the number of corporate entities who will now consider copying Tesla’s latest move. Many financial executives at major firms will be asking whether they should be considering dollar alternatives and digital assets.

Ethereum also saw a new high last week with the coin vaulting above the $1,500 level to trade at highs around $1,700.

The move higher in ETH came as the coin saw the Chicago Mercantile Exchange (CME) launching its much-anticipated futures contracts for ether.

The move was first mentioned in mid-December and the new contracts went live at the exchange open on Sunday. ETH futures saw an opening price of $1,669.75. The futures in ETH will bring further institutional interest and trading volumes in the same way it did for BTC.

Sophisticated investors will often trade futures and options around their long positions as a hedge, while others trade them on their own for the low margin requirements.

ETH is trading at $1,697 as the coin looks to squeeze back above the highs.

On the subject of Ethereum, Cardano’s founder Charles Hoskinson has said in a recent interview that his project will “kick Ethereum 2.0’s ass”.

Speaking to Ben Armstrong, founder of BitBoy Crypto, the Hoskinson criticized Ethereum 2.0 and described why his project will be superior. The Cardano founder also said he had fundamental doubts about the sustainability of Ethereum’s planned upgrade.

We’ve chosen radically different scaling models. And actually, I think both of them have the potential to work, but I think Vitalik’s are a little bit riskier from an engineering and research point of view. This is why it is so difficult for them to get Eth 2.0 out. They have chosen to shard all that stuff. We don’t have to shard. We can get a thousand TPS on the base level and adding Hydra we can get to whatever we want.

Hoskinson also said that Ethereum’s biggest downfall was a lack of on-chain governance. He said that his, and the Tezos project’s approach to prioritizing the theme would be crucial in the future.

ADA saw a strong performance last week and the coin is trading at highs near $0.7000.

0x was one of the top-performing coins over the last week with a gain of 110% after the 0x labs project team raised $15 million in new finance. The Series A investment was led by digital investment firm Pantera Capital. Additional investors included Blockchain Ventures and Coinbase Ventures.

The new investment phase comes after the launch 0x’s DEX product, Matcha, which was released in June and has processed $2.8 billion in trades. The 0X team now want to launch Matcha globally with the company saying on their Medium blog:

Matcha is ready to bring decentralized exchange to the masses with best-in-class UX and has facilitated over $2.8B in trades in just six months.

The Matcha smart order routing splits up transactions across decentralized exchange (DEX) networks and seeks to fill orders with the lowest slippage possible. The product includes popular networks such as Uniswap, Bancor, and Curve.

The project’s website calls Matcha “the global search engine for liquidity” and aims to allow users to trade tokens at the best price available.

The price of the ZRX token has surged from $0.4000 at the start of the year to highs near $2.20 with the majority of that gain coming last week with the news of the investment. Crypto markets will give weight to the investors that were involved in the fundraising for Matcha and this should support the cryptocurrency’s price as the plans to roll out globally move forward.