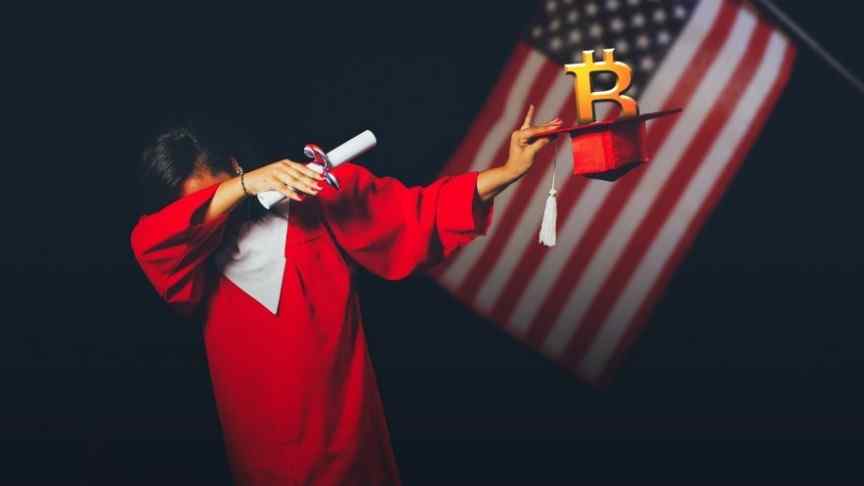 Research from Coinbase and Qriously reveals the American college population is twice as likely to invest in cryptocurrency as the rest of the US.

Popular cryptocurrency Bitcoin may be looking at an unlikely source of value in the near future. Research from Coinbase and Qriously reveals that, at an age when students in undergraduate and graduate programs at American universities are shrouded by debt, the same population is twice as likely to invest in some type of cryptocurrency. Traditional views from established financial institutions and Wall Street executives have been a major reason for the slowed growth of the crypto market. With an aggressive interest stemming from a younger crowd, ICOs may be redirected towards different audiences.

18 percent of students said they own (or have owned) cryptocurrency, twice the rate of the general population. / Coinbase Reports, The Rise of Crypto in Higher Education

Interest in the Market

The report extended beyond simple ownership of digital assets, focusing on the subject of education and knowledge about the market itself. Universities around the nation are taking note of what interests their students, but even the top schools lack any prominent teaching presence. Some of the country's leaders in crypto initiatives include (with the number of courses provided):

Despite 18 percent of students owning cryptocurrency at some point, only nine percent have previously enrolled in one of the courses provided by their university. Inspiring for companies in this market, though, 26 percent of students expressed an interest in taking a class.

Bitcoin's future has been unclear for quite some time. There are flashes of how large it may become, and numerous influencers who want to speak its universal potential into existence. Nevertheless, regulations and limited short-term utility have slowed the craze that pushed it to all-time high values last winter. Coinbase's recent report, though, breathes life into an idea that has lost momentum over the past few months. The younger crowd is interested and wants to learn about the revolutionary idea, they just need established entities to help make it possible.