Blockchain Under Scrutiny: How Crypto Companies Are Engaging With U.S. Congress 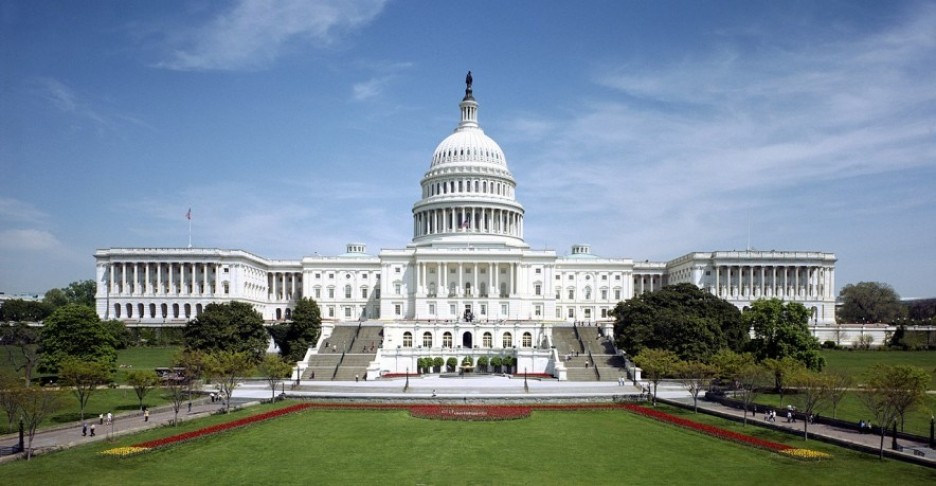 Blockchain Under Scrutiny: How Crypto Companies Are Engaging With U.S. Congress

The U.S. Congress has taken an interest in blockchain technology, and some crypto companies are starting to engage with it―which ones, and why?

Cryptocurrency has been under scrutiny from the U.S. government (and its associated regulators) for some time now. For example, in 2017, the U.S. SEC started to examine ICOs and began to treat them as securities. This summer, there's a new topic on the table: Facebook's upcoming cryptocurrency, Libra, which has attracted a lot of attention since it was first announced in June.

Facebook itself was put under the microscope during a Senate hearing this month, but it's not the only blockchain company that has gotten involved with government officials. Over the past few weeks, representatives from Stellar, Ripple, and Circle have started to get political. Here's the latest on what each company has said and done, and the positions that they're taking.

On July 16, Facebook was interviewed by the Senate Banking Committee, which expressed a very negative opinion about its plans for Libra. One senator called Facebook "dangerous," alluding to its poor privacy practices and other scandals. Another senator stated that she didn't trust Facebook, condemning the company for moving to a new business model instead of fixing its past mistakes.

Congress isn't alone: other critics are also skeptical of Facebook's overwhelming power when it comes to Libra. However, Facebook's David Marcus has defended the company's plans. He emphasizes that Libra won't be offered to the public until regulatory issues have been dealt with. Right now, the Libra Association is based out of Switzerland, which makes its international status questionable.

Despite Marcus' attempts to defend Facebook, the aftermath of the hearing has been damaging. Since then, Facebook has revealed that, due to ongoing scrutiny from governments and regulators, it can't guarantee that Libra will be "made available in a timely manner, or at all." Facebook still intends to launch Libra in 2020, but if things go poorly, that might not happen.

Other companies have responded to Congress as well. At the end of July, two Ripple leaders―Brad Garlinghouse and Chris Larsen―signed an open letter urging Congress to take a nuanced position on crypto. The letter declares that Ripple and many other blockchain companies are "responsible actors," adding that they comply with laws and work closely with regulated financial institutions.

Ripple's letter also touched on a few other ideas: it argues that blockchain technology will provide financial inclusion and economic growth, and it warns that restrictive regulations will push jobs and wealth out of the United States. Ripple is asking for regulations that distinguish between different types of blockchain companies: "Please do not paint us with a broad brush," the letter reads.

It's very important for Ripple to distinguish itself from less compliant crypto companies since Ripple is already trialing its services with financial institutions around the world. Most notably, it offers xRapid, a blockchain-based liquidity system that allows for fast and inexpensive foreign currency conversion. Clearly, Ripple has plenty of reasons to stay on the government's good side.

Stellar provides a blockchain platform that is similar to Ripple in some ways, and it has weighed in on regulatory matters as well. Recently, Stellar CEO Denelle Dixon published a blog post which recounts Stellar's visit to Washington, D.C. There, Stellar met with policymakers, regulators, and NGOs to discuss the Stellar Network and blockchain technology in general.

In her post, Dixon suggests that Libra has made Congress more aware of cryptocurrency than ever before. However, she also notes that Congress has many other duties that prevent it from keeping up with the day-to-day activity of the blockchain world―and, as such, she says that it is up to blockchain leaders to help Congress fully understand the blockchain industry.

Dixon also indicates that Congress understands that blockchain technology is layered―that there are base protocols like Stellar, and that there are applications built on top of those protocols. This distinction, she says, will help bring about more effective regulations. It's not clear how this principle will be put into action, but it seems to apply to Ripple and Libra as well.

On July 30, the Senate Banking Committee held another hearing, this time featuring Jeremy Allaire, the CEO of Circle. Allaire was selected by the Blockchain Association as a representative due to the fact that Circle, as a cryptocurrency trading and payment platform, is very familiar with U.S. regulations and the challenges that come with regulatory compliance.

During the hearing, Allaire urged Congress to treat cryptocurrency and other digital assets as their own asset class. He also distinguished Circle's USDC stablecoin from Facebook's Libra stablecoin. Unlike Libra, Allaire said, USDC is not intended as a new global currency. Instead, it is a way to transfer existing reserve currencies in a digital manner.

Allaire also suggested that policies should include "appropriate rules and exemptions," and, much like Ripple, he said that policies should not put U.S. companies at a disadvantage. Circle has good reason to desire favorable regulations: in the recent past, regulations have forced the company to lay off employees and relocate its subsidiary, Poloniex, to an offshore location.

Blockchain Companies...Different But the Same

Naturally, every blockchain company has a desire to work under favorable regulatory conditions―that hardly needs to be said. But although many companies are urging for common regulations, they also seem to be setting themselves apart from their rivals, possibly in hopes that the U.S. Congress will favor them above their competitors in the future.

In any case, the blockchain companies that have been engaging with the U.S. government have very good reasons to do so. Mainstream finance has a lot of wealth to put into blockchain technology, and that wealth is up for grabs, assuming that blockchain companies can win over governments and regulators. It seems likely that more companies will express similar ideas in the future.