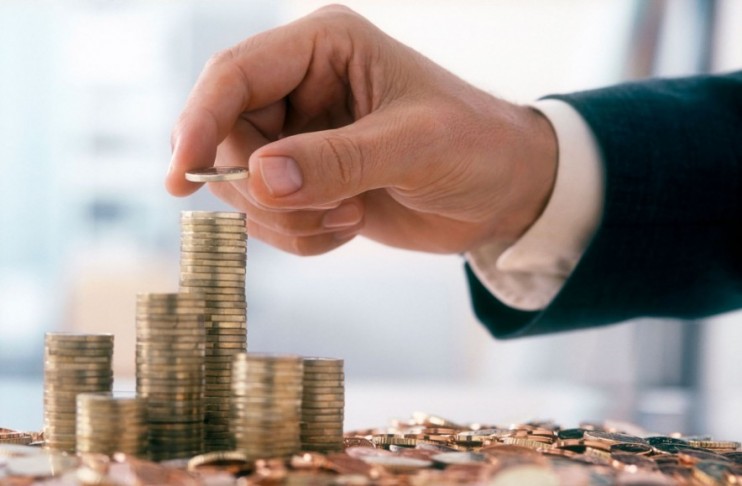 Ethereum fell on Sunday after to mark a failed attempt at resistance ahead of the $400 level and this will be key for the coin’s next path. The coin sees support at $315 and the range between these two levels will define ETH in the days ahead. Cryptocurrencies tumbled last week after Bitcoin fell with commodities after a rally in the U.S. dollar. Weakness in the currency had fuelled the end of a strong rally in crypto and ETH also benefitted from the growing buzz in DeFi projects using its blockchain.

Ethereum is now getting close to the full launch of its long-awaited 2.0 upgrade which will bring increased speed, security, and scalability. The release will be good timing for the coin with the current interest in DeFi projects.

In regulatory news, EU Ministers from Germany, France, Italy, Spain, and the Netherlands last week called for regulation in stablecoins in order to preserve the bloc's monetary sovereignty from Big Tech firms. This is part of the bloc’s attempts to lead the way in digital currency regulation and is another sign that government’s fear the loss of power that decentralized crypto could bring.

Tron’s TRX coin was a solid performer in the last two weeks after founder Justin Sun took to Medium to announce the release of a new “meme” coin under the Tron banner.

Designed as the quintessential Bitcoin equivalent on the TRON network, SUN features zero venture capital (VC) investments, zero private equity investments, no pre-mining or reserves for the team, and is wholly operated by the community through its open-source smart contracts.

SUN is community-driven and will aim to capitalize on the decentralized finance (DeFi) potential of TRON. The post also noted that self-governance communities such as Compound, AAVE, YFI, etc. have emerged on the Ethereum network and Tron will seek to launch a rival, but also open the door for other projects to list similar communities on its blockchain.

SUN Genesis mining will formally launch on September 2nd. The total supply of SUN will be 19,900,730 coins.

The price of TRX found support in the mid-March crypto lows at the $0.0100 level and has been on a steady uptrend since then to the current price around $0.0300. The Sun announcement saw the coin spike higher to a price of $0.0500. Resistance for the coin is now at $0.0350 and a close above there could see further gains emerge. The current price level is important due to the uptrend support.

AELF (ELF) was 53% higher on the week but this was after the price corrected from gains of around 150%. The price spike coincided with the launch of a decentralized finance (DeFi) project called SashimiSwap. This was launched as a rival to the recently criticized SushiSwap project. Aelf has called SASHIMI token a “fair version of Sushi,” which has no pre-mine and no team shares.

On SashimiSwap, traders will pay a 0.3% transaction fee, with 0.25% of that going to network participants who provide liquidity. Aelf’s network is built as ‘one main chain + multiple side chains’ which allows developers to deploy or run DApps (Distributed Applications) on individual side chains. By adopting parallel processing and their unique AEDPoS consensus mechanism, Aelf saw major breakthroughs in performance, achieving high throughput.

SushiSwap executed a planned slashing of block rewards from 1,000 to 100 SUSHI for liquidity providers (LPs) on Saturday after a migration of $800 million in assets from Uniswap. The move saw Uniswap overtake its younger rival in locked value. SushiSwap’s coin traded at $11.50 on September 1st before falling to $2.25 per coin.

Aelf currently has a market cap of $73.5 million after the recent price gains and the coin is ranked at number 122 in the list of coins. The ELF token rallied to test the $0.3000 level before settling back at $0.1344 and last week’s high will be resistance going forward. The latest spike and the SushiSwap developments will bring new attention to the coin.

The UMA coin fell on the week after being one of the coins in the top thirty to avoid big losses in the previous week. The coin is another that operates in the Decentralized Finance world of crypto where the coin is ranked number two behind LINK and YFI with a market cap of $924 million. That is still far behind LINK’s valuation of $4.53 billion, despite the coin’s 50% sell-off recently.

The UMA project is focused on smart contracts in derivatives and other financial innovations. The project also boasts big-name investors such as Bain Capital Ventures and Coinbase Ventures. One of the recent projects from developers was the creation of a synthetic coin that tracked the relationship between ETH and BTC. Developers have the ability to create similar coins on the network in any assets and this could open up some disruptive ideas in the financial markets.