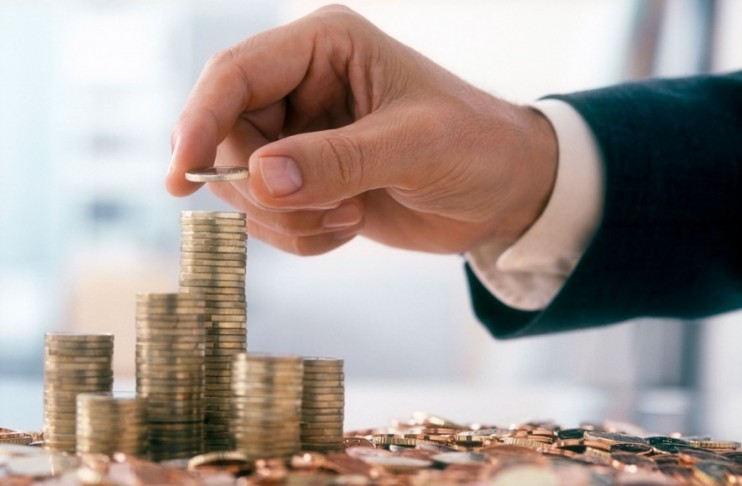 Ethereum recovered from last week’s selling and could hit all-time highs this week. BTC slow to recover from 30% drop. GRT and IOST up 135%.

Ethereum came close to testing its all-time high recently as the coin joined the Bitcoin market rally and vaulted to a price above $1,300. These highs then met last week’s spot market selling with a drop to $900. The lows were easily erased and the coin recovered much of the losses, hinting that another push higher was possible.

After a year of development, the Layer-2 Ethereum solutions provider Optimism has seen a soft-launch on the mainnet. The project seeks to solve the issues of GAS costs for DeFi projects running on the ETH blockchain. In a blog post, Optimism said:

“For the last year, we have been building relentlessly to satiate the demand for an easy-to-integrate scaling solution with lightning-fast transactions. Today, it is finally time to take our first material steps towards alleviating the gas crisis by deploying to mainnet.”

The plan is to make transactions faster and cheaper by running smart contracts outside of ETH only storing the results on the root chain. This will remove the scaling obstacle and ensure that projects don’t have to look outside of the ETH blockchain, as they were starting to do, following the rally of DeFi coins in summer 2020.

ETH is nicely poised at $1,250 for a push to the highs but beware of a potential US dollar recovery rally in the near future.

Bitcoin led the market selling last week with a Monday dump to the $30,000 level. This set up a nice $10,000 range, which will define the next path for Bitcoin. There is a possibility that the market makes another push higher before a larger correction in the coin.

BTC has struggled to recover from the correction which saw a 30% fall in price and marked the largest drop since September. The coin now trades above $36k and the market has shrugged off a warning from European Central Bank President Christine Lagarde who called for global regulation.

Bitcoin is a highly speculative asset, which has conducted some funny business and some interesting and totally reprehensible money laundering activity.

Without highlighting any particular activities the ECB chief went onto add,

There has to be regulation. This has to be applied and agreed upon ... at a global level because if there is an escape that escape will be used.

This has been an issue I have covered in the past and the money laundering issue is just the excuse that the policymakers will use. The reality is that they do not want to lose control of the money supply. If a decentralized asset such as Bitcoin becomes the keystone of the financial system, the bankers would lose control of the financial system. The current system is only still operating with trillions of bailouts, which is seeing larger and larger sums thrown into the system.

China has been a frontrunner in developing its own central bank digital currency (CBDC) but Lagarde has confirmed more recently that a digital euro is likely to emerge alongside the fiat version of currency. The movement is likely to ensure that currency cryptos are at risk from regulation, while other projects are safer. This is highlighted with the recent SEC action against XRP.

BTC currently has a market cap of $675 billion, while the cryptocurrency market sees a valuation of over $100 billion.

IOST was a top-performer on the week with gains of over 125%. IOST previously launched its mainnet around 2018 and has since been moving the project towards the decentralized finance (DeFi) space.

In early 2019, the IOST development team began developing a reliable DeFi ecosystem foundation with the goal of building the first public blockchain with in-built DeFi support. The project also saw work on the network’s cross-chain stablecoin, the iUSD, while also continuing work on its decentralized exchanges and other solutions.

Staking was introduced and this opened up new doors into the DeFi world and this has led to new partnerships. The project has been listed on the Blockchain-based Service Network (BSN) as an accredited developer in China. The project shared news recently where they ranked at number 3 in the CCID Global Ranking which ranks the best blockchain projects according to the think tank and software evaluators. EOS and Ethereum edged the coin out, which scored highly on its ‘basic tech’.

The coin’s performance last week was based on rumors of a possible announcement as IOST co-founder Terrence Wang has been teasing his Twitter followers with hints of an IOST-based stablecoin, DeFi integration, and new partnerships.

A gaming option has also recently been added with XPET’s 2D Game “Dream Monster” landing on the IOST blockchain. Players can store and trade in-game assets such as rare pets, equipment, and other special character upgrades in the form of NFTs on the IOST chain.

IOST has been around a lot longer and the coin has traded around the $0.0600 level for most of the year before the recent rally. This could suggest that the recent gains have marked a significant bottom in the price.

The coin was trading at the $0.0050 level before a strong two-week rally, where the price hit highs near $0.03. The price has now settled back at $0.0195 as traders decide on the next path. The project now has a market cap of over $300 million and ranks at number 78 in the list of coins.

One of the top-performing coins this week was ‘The Graph’ (GRT) which rallied 125%. The project is a relative newcomer but already trades at number 50 in the list of coins by value. The Web3 project now has a valuation of $785 million and seeks to remove the need for custom servers in data storage.

On the project’s mainnet they are seeking to build a “marketplace of service providers ensures that data remains open and that dApps continue to run no matter what.” A more detailed explanation of the project’s capacities is available on The Graph’s website.