Bithumb, the second largest cryptocurrency exchange in Asia and world's sixth largest exchange by trade volume, reported it has been hacked earlier today, and that cryptocurrencies worth $30 million have been stolen; the exchange has suspended all payments and deposits.

Some cryptocurrencies worth about 35 billion won were seized between late yesterday and early morning today.

The exchange reassured customers that they will be compensated for lost funds in a Tweet that was later deleted. 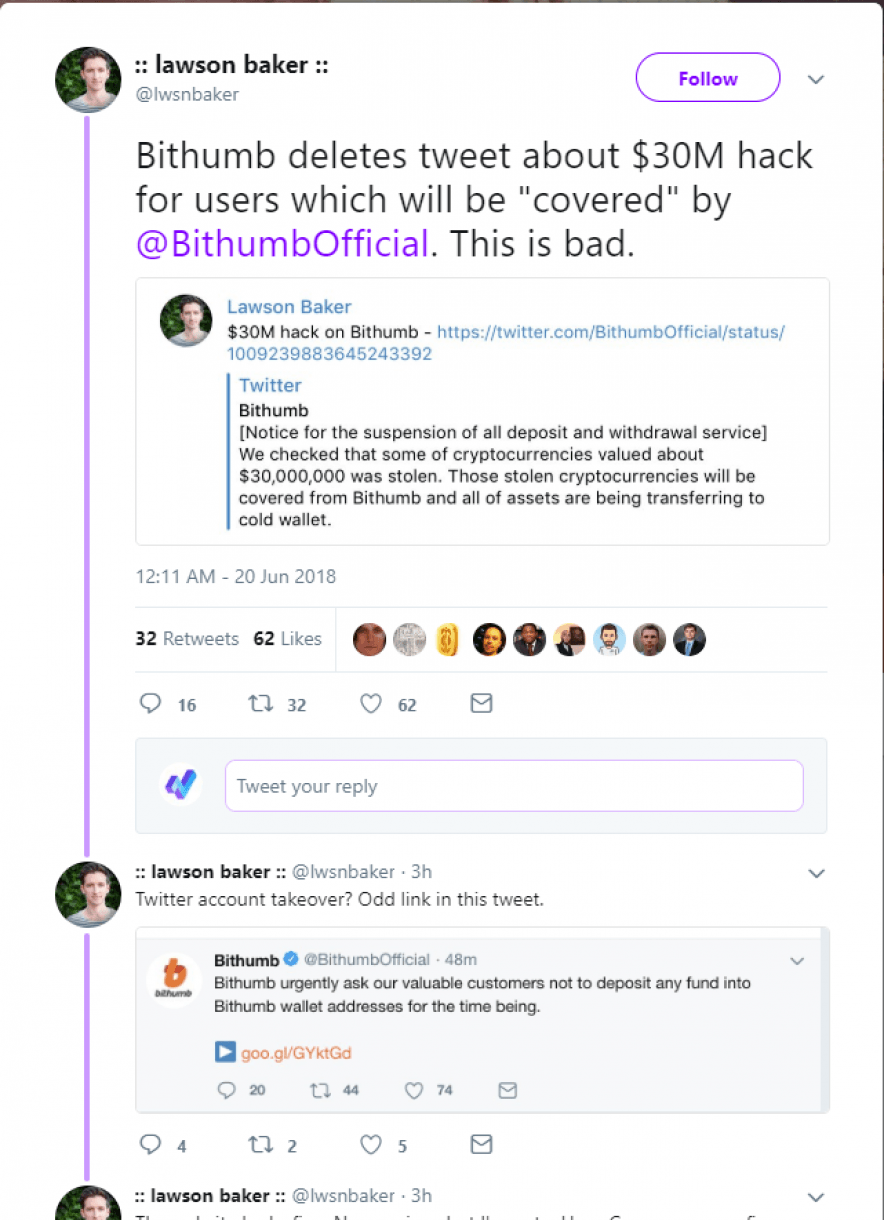 The hacking incident is the second one involving a South Korean exchange this month. Two weeks ago, Coinrail exchange lost at least $37.2 million in crypto which included a variety of ERC020 tokens. Bitcoin reacted by dropping almost $200 following the revelation losing much of what it had recovered over the previous two days.

Bithumb transferred a large amount of Ethereum to their cold wallet after noticing “abnormal access” as early as June 16, and later announced a quick server check “to maximize security settings”. The maintenance which was meant to end at 9:00 am KST went beyond the scheduled time. They then announced on June 19, 2018, at 12:49 UTC, that they temporarily suspended deposits to facilitate a wallet change with their exchange services.

Due to this dubious behavior concerns are now being raised that the exchange might have hacked itself, and that, judging by the deleted Tweet, the hackers got a hold of more than $30 million.