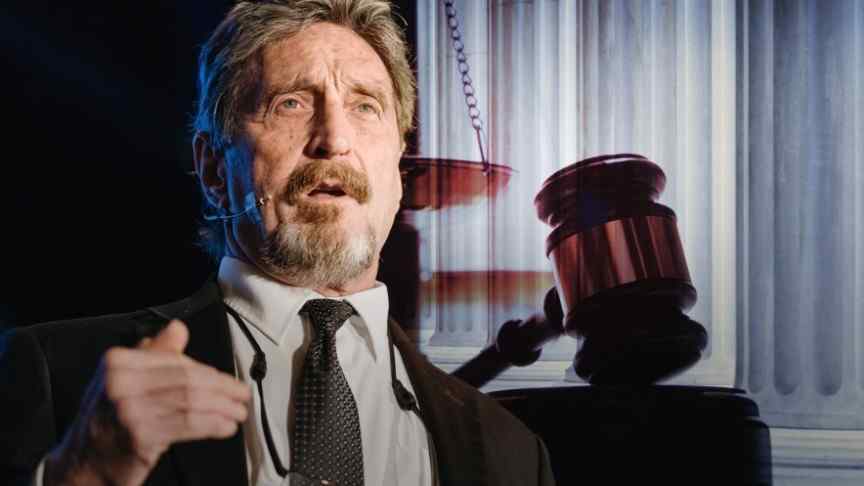 MGT Capital Investments has been hit by a lawsuit alleging the company’s involvement in share manipulation and a pump and dump scheme.

John McAfee affiliated crypto mining firm MGT Capital Investments is reportedly facing a class-action lawsuit over share price manipulation. According to the press release issued by Rosen Law Firm, some shareholders of the company believe that MGT participated in a pump-and-dump scheme that eventually led to the manipulation of stock prices. According to an investigation launched by the United States Securities and Exchange Commission (SEC), individuals who purchased MGT securities between October 2015 and September 2018 may be affected.

The SEC investigation revealed that at least ten investors and corporate executives from MGT were involved in the scam. McAfee, of anti-virus software fame, served as the CEO and executive chairman of the company until August 2017. However, he was not named in the investigation. His replacement, Robert Ladd, was forced to resign after the SEC probe began gaining momentum.

Rosen Legal is still accepting applications from affected shareholders who held MGT Capital stock between 2015 and 2018. The law firm noted that MGT failed to disclose vital information, including that it was “engaged in a pump-and-dump scheme to artificially inflate MGT Capital’s stock price”. This later caused the company “to make false and misleading statements, which would result in governmental scrutiny, including from the SEC.”

As a result, defendants’ statements about MGT Capital’s business and prospects were materially false and misleading and/or lacked a reasonable basis at all relevant times. When the true details entered the market, the lawsuit claims that investors suffered damages.

A spokesperson from MGT has reached out to the media to claim that all allegations against the company so far have been baseless. When a renowned blockchain publication reached out for comment, he said,

MGT has the utmost confidence that the suit filed against them is without merit. This is not a departure from normal affairs in securities markets when share prices are down. Previous cases along a similar vein were thrown out without prejudice.