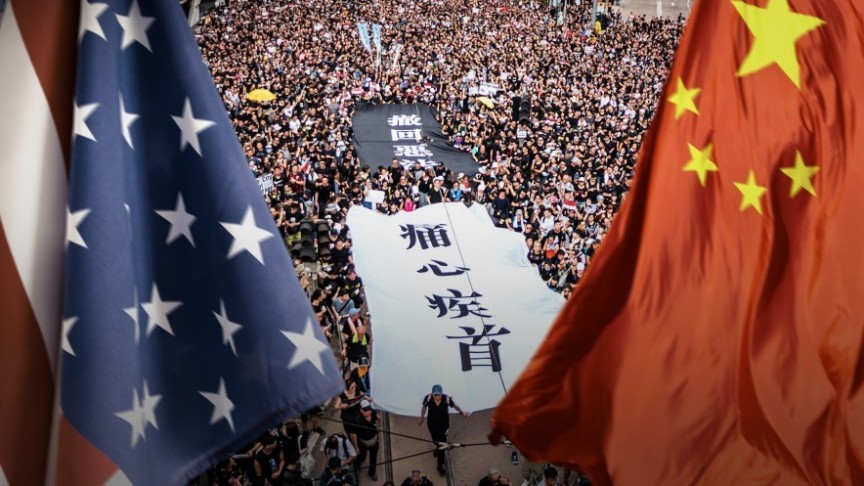 Geopolitical affairs are starting to affect cryptocurrency values more than speculation, does this mean the market is maturing?

With international political relations becoming increasingly unstable, the global economy is once again entering dangerous waters. Traditionally, geopolitical instability and economic uncertainty push investors towards safe, stable stores-of-value like gold and other precious metals, US Treasury Bonds, real estate and currencies minted in “advanced” economies like the US, Britain, Nordic States, Japan, Switzerland or Singapore. However, in recent history, the global community has seen many of these stores-of-value fail as powerful countries struggled to keep their own domestic economies stable. As many members of the crypto-community know, the failure of these advanced economies stemmed from a systemic mismanagement of the global financial system, resulting in housing market crashes, devaluations of “stable” currencies, and a widespread loss of trust in governments and banks that ultimately lead the economy into the global financial crisis of 2007/08.

Now, with tensions rising and uncertainty rearing its ugly head once again, everyday people are turning to crypto in new and exciting ways to help insulate themselves from the systemic failures of their national governments. Let’s take a look at some of the recent geopolitical events that are not only pushing cryptocurrency valuations higher but also driving adoption like never before.

There is a strong correlation between the price of Bitcoin and the trade war between the US and China. The reason for this correlation stems from the perception that Bitcoin is a type of “Digital Gold”, or a “Store-Of-Value” thanks to its scarcity and isolation from central banks and national economies. Since the beginning of the trade conflict in May 2019, Bitcoin trade volume has risen over 200% when compared to the same time period in 2018. This increase in BTC trade volume mirrors a 73% increase in gold trade volume, indicating the US/China trade war is pushing investors towards both assets as economic uncertainty rises globally.

The US/China trade war is showing us that BTC is beginning to function a lot more like gold as its price stabilizes. Last year, it was hard to separate the speculative bubble from the true use-case Bitcoin holds as a digital store-of-value, but now we can see a correlative trend building between gold and Bitcoin. This might be disappointing news for the “moonboys” of 2017, but it is going to serve Bitcoin well in the long term as the asset starts to identify as a true alternative to gold or other stores-of-value. 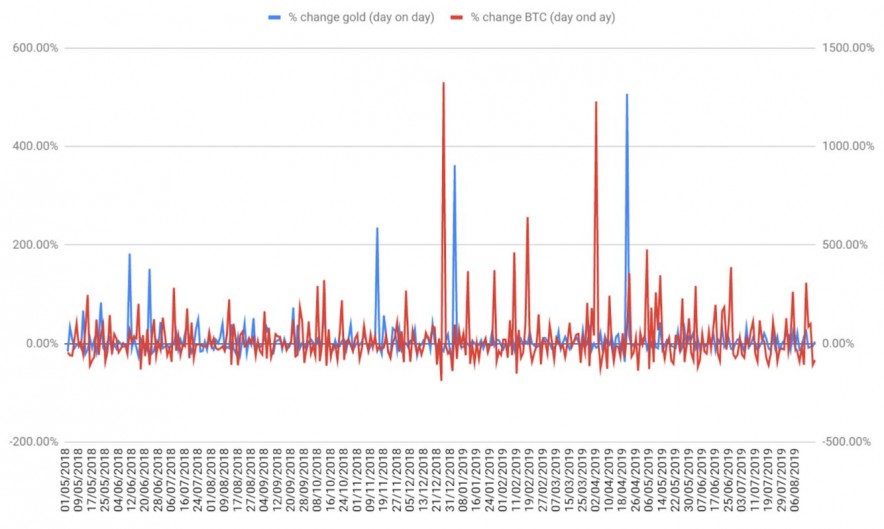 Not only will a no-deal departure from the EU create turmoil and volatility across two major fiat currencies, it will also trigger an identity crisis for the global system as the contingency and vulnerability of major global fiat currencies is laid bare. / Nicholas Gregory, CEO of blockchain firm CommerceBlock, as cited by The Independent.

Much like the US/China trade war, the likelihood of a “no-deal” Brexit weighs heavily on global economic stability, giving rise to an influx of capital for Bitcoin (and gold) markets, as both are considered good “bad-weather” investments. Interestingly, this global instability is not the only favor Brexit is paying to the cryptocurrency movement. With Britain leaving the EU without a clear path ahead of either party, both the Pound and Euro are fluctuating wildly in value, making Bitcoin appear more stable as a fiat currency alternative than ever before.

For the first time since its inception, Bitcoin is now comparable to a major fiat currency in terms of volatility over an annual basis. Stability is a cornerstone for adoption, and if the global economy continues to bounce up and down as various political agendas wreak havoc on our financial security, cryptocurrencies will certainly see a surge in adoption.

On Aug. 26, a prominent Hong Kong department store, Pricerite, announced it would now accept Bitcoin, Litecoin, and Ether at all its locations. The move comes on the heels of a city-wide effort by protestors to impact the economy of Hong Kong and Mainland China through creative non-violent means, most recently by renouncing the fiat currency ecosystems of both governments in favor of cryptocurrencies and US dollars.

While the surge in local crypto-adoptions has increased values of major cryptocurrencies domestically, the actions of Hong Kong protestors have not affected global price movements, as the volume is comparatively low to overall market volume. Nevertheless, it is interesting to see how the political instability within the region is pushing crypto-adoption, proving that Bitcoin and its crypto-brethren are capable of providing a temporary economic “layer” for regions where the stability and security of local fiat currencies are under question.

The Petro and Senate Bill 1025

Perhaps the most interesting revelation of all is U.S. President Donald Trump’s executive order to ban U.S. citizens and organizations from using the Petro, the national cryptocurrency created by the Venezuelan Government.

The Petro is an enigmatic cryptocurrency project that most experts agree is a sham. Designed to skirt US-imposed sanctions on the Venezuelan oil trade business and to secure liquidity for the Maduro administration, the Petro is a cryptocurrency token that is backed by approximately 5 billion barrels of Venezuelan crude, with each token worth one barrel of oil (about $60). While the project has met a ton of resistance from the US government and a ton of criticism from the crypto-community, Venezuela continues to push the project forward, most recently by ordering the Bank of Venezuela to open up a cryptocurrency desk to allow citizens better access to the Petro.

With such little international support for the Petro and little to no threat to the US, it is strange to see so much weight being put behind Bill 1025. The bill has more sponsors than any other blockchain-related bill being considered in the U.S, including the support of 4 U.S. Senators.

In this article by Forbes, author Michael Del Castillo and Blockchain Law Expert Jason Brett speculate that Bill 1025 is less about the Petro, and more about setting the stage to regulate cryptocurrencies in the future.

The implications for this are huge because it could be bitcoin or some other cryptocurrency inserted into this language, we’re talking about a road map for how to ban a particular cryptocurrency [in the U.S.]. / Jason Brett, founder and CEO of the Value Technology Foundation

If Castillo and Brett are right, it is easy to see why the U.S. government is building the framework needed to ban cryptocurrencies within its borders. For now, geopolitical instability is pushing everyday investors and users on-board with the crypto-movement, but with an increase in adoption comes an increase in scrutiny. Geopolitics are shaping the landscape of the cryptosphere from all angles, and investors might be insulated from the pressures of government regulation now, but it would appear that the buffer might not be as secure as it appears.