Ethereum Network Clogged, Gas Prices Rocketing, All Due to a Chinese Exchange 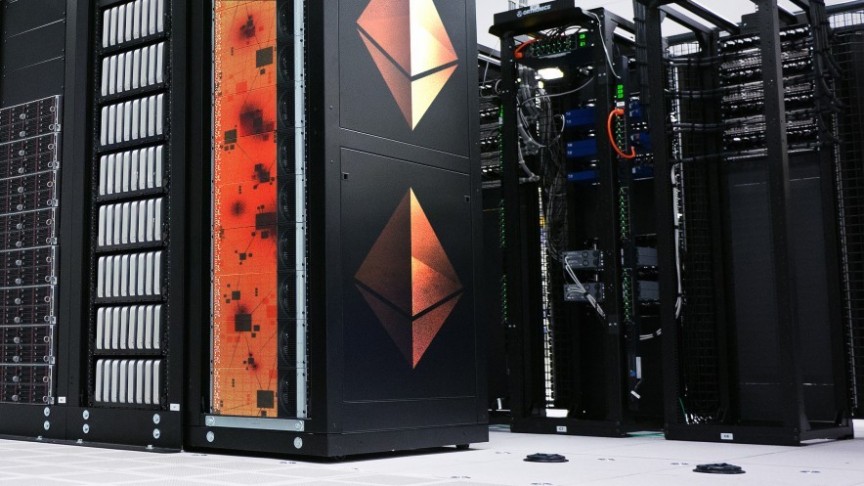 Ethereum Network Clogged, Gas Prices Rocketing, All Due to a Chinese Exchange

Ethereum gas is the network's internal pricing fee for running a transaction or contract. The sudden rise in fees was the result of a new voting system introduced by FCoin. To get a coin listed on the exchange, users needed to transfer a minimum amount of FCoin to the exchange. Once the voting period is over, the coin that has the highest number deposits is listed on the exchange. However, rather than weighing the votes based on the specific value of the token, that is, one person=one vote, FCoin weighed the votes in terms of volume of unique addresses from which the tokens were sent, that is, one deposit=one vote.

The outrageous voting rules caused the network to be flooded with a massive number of transactions to new wallets, and then to the exchange, resulting in an overload and extremely long delays. It is likely that those who flooded the system were motivated by financial incentives to get assets listed on the Chinese exchange. This is further supported by data from the Gas consumption section of Etherscan.io, which suggests a correlation between the most voted assets on Fcoin and the top Gas consumers.

In an attempt to curve the effects of this increase in transaction fees, Binance announced that it would temporarily increase Gas prices for all ETH and ERC20 withdrawals until transaction fees return to their standard levels.

Binance added that it would completely cover the increase in Gas related expenses, in a bid to guarantee a smooth user experience even in these situations, 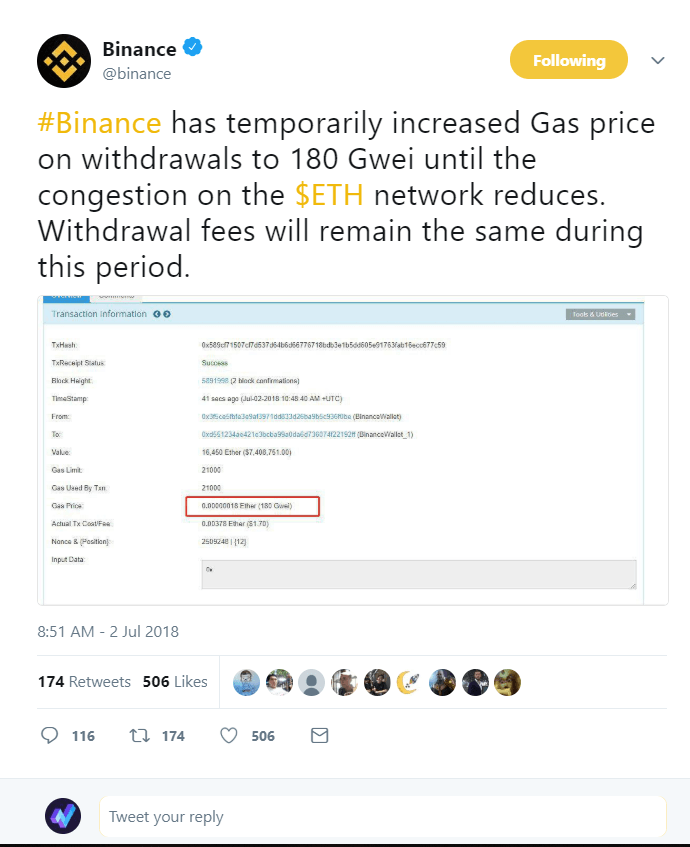 Although this recent network clog is not related to any flaws in Ethereum’s platform, it does highlight the pressing need to solve the network’s scalability issue; especially considering this is not the first time such a spike in fees has occured. Attractive solutions like Sharding and Casper PoS could potentially solve Ethereum’s scalability problems, even though there is a lot of work to be done before they can be implemented.