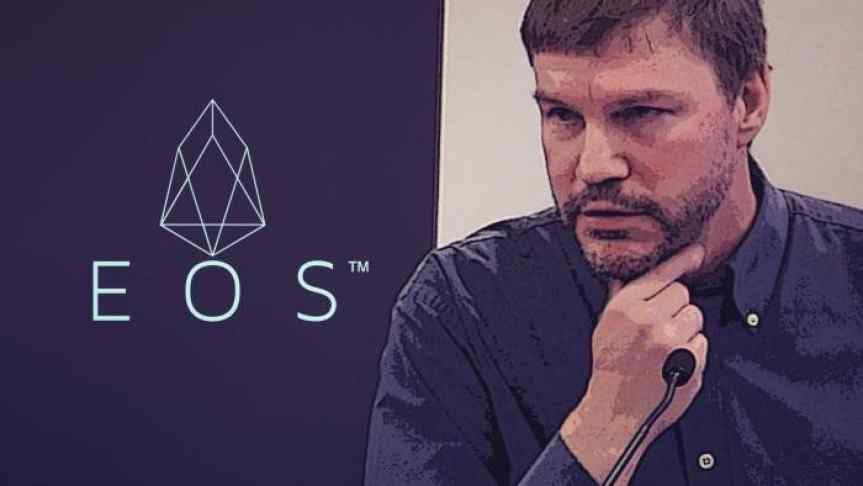 Nick Szabo has called out EOS on Twitter for its dependence on the project's so-called "constitutions", which he dismissed as "naively drafted".

Legendary cryptographer and computer scientist Nick Szabo has called out EOS on Twitter for the project's dependence on its so-called "constitutions", which he dismissed as "naively drafted", and "human interpreted wet code." According to Szabo, this course of action will end up making EOS "labor-intensive, permissioned, jurisdictionally biased" and ensure that it has "poor social scalability."

EOS is a decentralized Blockchain-based operating system that enables smart contract functionality similar to Ethereum, the platform on which EOS is currently being developed. The EOS project is scheduled to leave the Ethereum Blockchain and move to its own mainnet on June 2.

How EOS is Different

Unlike other cryptocurrencies, EOS cannot be mined. It is the philosophy of the EOS developers that the platform needs a way to "reach consensus on subjective matters that cannot be captured entirely by software algorithms." Therefore, once the EOS network comes online, users of the platform will participate in an election to vote for 21 transaction validators, described in the EOS Whitepaper as "block producers", who will then be responsible for generating new blocks. These 21 chosen validators will be chosen from a pool of over 100 decentralized entities participating in the election. Some important parties running as candidates for the EOS Election include EOS Asia, Bitfinex, AntPool, EOS New York, and EOS Canada.

The Root of Szabo's Critique

The EOS constitution that Szabo has referred to as "naively drafted", and "human interpreted wet code", represents terms of service that any project running on an EOS side chain can establish. This "constitution" will be legally-binding among signees and will define certain obligations for EOS users that cannot be entirely enforced by code. The goal of the constitutions is to facilitate the resolution of disputes by defining rules and jurisdiction.

Szabo's comments were meant as a response to a series of tweets by @panek, about the EOS project's shortcomings.

Joe Jordan (@JJordan) tweeted back at Szabo in defense of EOS: 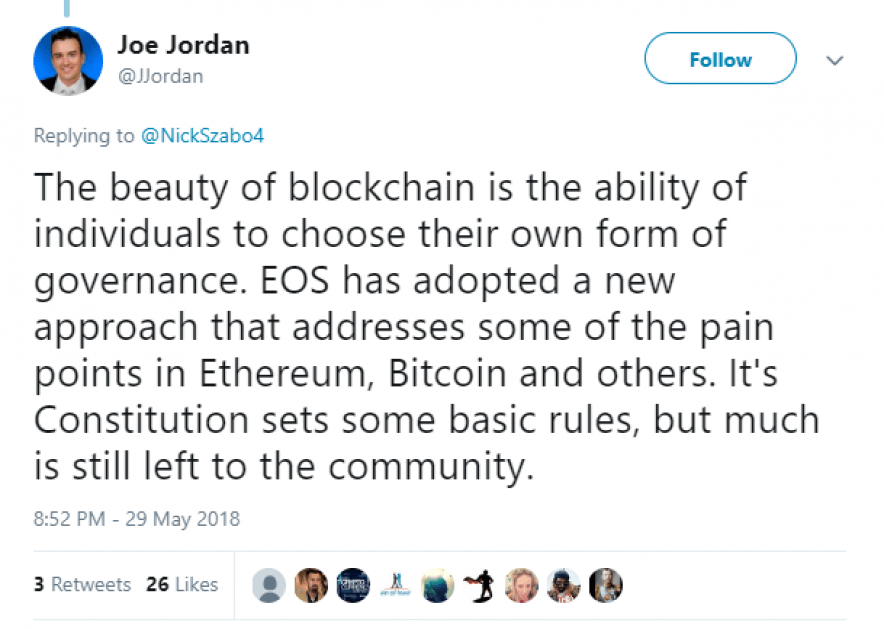 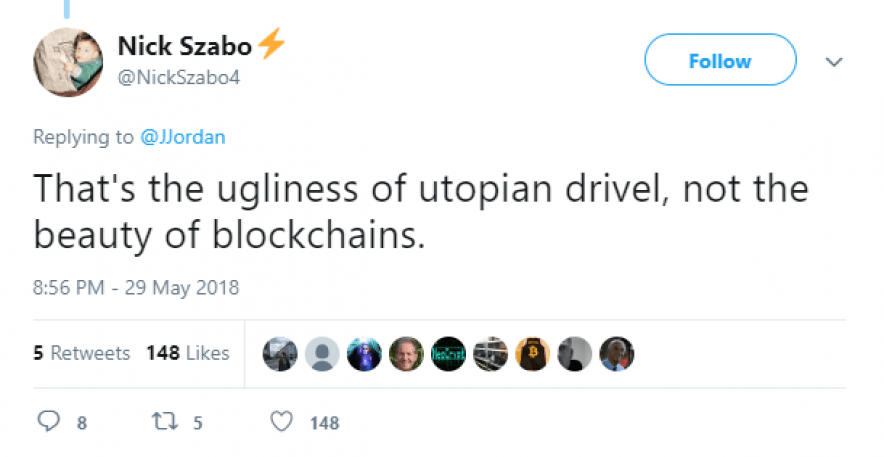 The EOS project has been in a major spotlight this week as it approaches its mainnet launch. However, the attention has not always been for the right reasons. Mere days before the EOS Mainnet launch, Chinese security company Firm 360 claimed that EOS possesses a code flaw that could possibly allow a hacker to gain remote control of all of EOS' full nodes. Also, along with Szabo, Ethereum’s Vitalik Buterin made critical remarks last week about the EOS project and its founder Dan Larimer, concerning technical and security issues in the project.