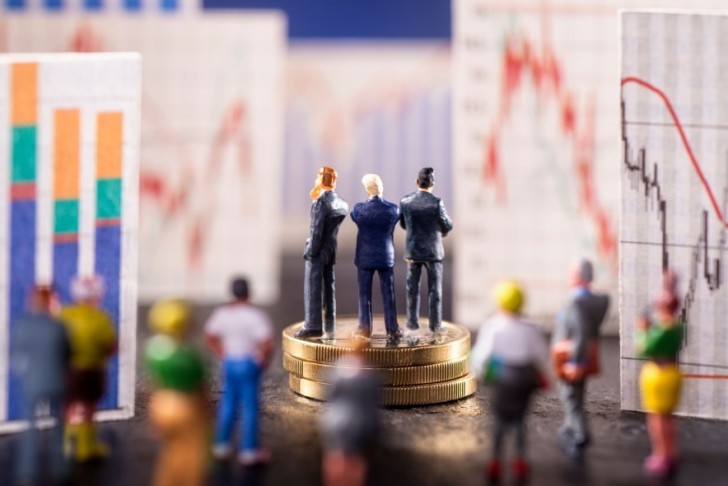 VeChain rose 31% for the week after a listing on the Binance.US retail platform. Tezos gained 34% on a coinbase staking solution.

VeChain was up 31% on the week after the coin was listed on Binance.US. VET started trading on November 7th and is available to trade against the U.S. Dollar.

The gains for VET add to the bullish activity, which was likely driven by advanced knowledge of the listing and the coin is up 110% since late-October.

Another bullish boost for VET has been the announcement of the first cross-continental logistics and trade solution for the blockchain. The target for the initiative has been the food and beverage industry. The development is a collaboration with VeChain, DNV and ASI Group and is named Foodgates.

VeChains’s blog states that the solution covers the,

full lifecycle of the products being tracked, such as from cow selection, slaughtering, packing, cross-continental shipping all the way to restaurants for beef products.

VeChain is an enterprise-friendly blockchain and its partner DNV GL, is a Norwegian conglomerate with revenues of NOK19.5 billion in 2017 and 12,000 employees. The addition of ASI Group, which is a specialist in logistics and supply chain makes for a powerful combination.

Another exchange-driven advance for the week was in Tezos (XTZ) after Coinbase announced that they were adding a staking feature for the coin. Holders can stake their XTZ coins in exchange for regular rewards, which are similar to stock dividends or interest payments. The announcement was followed by a 34% surge on the week for XTZ.

Coinbase claims that users can expect to receive a return of roughly 5 percent over a 90-day period that will be distributed directly to user’s accounts in tranches every three days after undergoing an initial holding period of 35-40 days.

The price of XTZ versus Bitcoin has shown a strong rally from the lows and is testing resistance at 0.00014. A break here could continue to see BTC’s dominance continue to fade versus Tezos. The opportunity created by the logistics solution highlights how projects and use cases can minimize the dominance of BTC in the crypto market. Tezos trades at number 18 in the coin list with a market cap of $786 million.

Stellar Lumens saw a 12% gain for the week after the Stellar Development Foundation (SDF) revealed that it had destroyed half of its XLM tokens, cutting supply down to 50 billion from 105 billion.

The move was slightly muted after removing half of the project’s coins, however, this was due to the fact that the current circulating supply stayed the same. The move is still significant and could see XLM re-price higher versus some of its peers.

XLM now trades at $0.0800 and has tested resistance around the $0.0850 level and this will determine the next path. The price action suggests that the late-September low could hold for the longer-term if the coin can get above the $0.0850 and $0.1000 levels. Stellar now has a market cap of $1.55 billion and holds the number ten spot.

In other market news, the U.S. Department of Homeland Security (DHS) announced it was contracting a Canadian blockchain firm Mavennet to build a cross-border oil tracking platform.

The project targets the massive cross-border import market. The U.S. is Canada’s largest export destination for oil, with at least 120,00,000 barrels of crude oil per month moving across the border in the first half of 2019.

The project is still expected to take up to two years before live field testing but the news highlights how significant the blockchain technology is now becoming for governments and corporations.

Another big partnership recently announced was between Singapore’s central bank and U.S. banking giant JP Morgan. The project is aimed at developing a multi-currency blockchain-based payments network. The project is being supported by the Singapore state investment firm, Temasek. JP Morgan is providing the infrastructure for the initiative, through its Ubin technology.

A spokesperson for the Monetary Authority of Singapore stated,

We look forward to linking up with more blockchain networks to improve cross-border connectivity. This will be a big step forward in making cross-border transactions faster, cheaper and safer.

The U.S. bank is also expected to trial its own stablecoin, JPM coin, by the end of this year. The tie-up may be a reason why Ripple’s XRP is down 7% on the week as yet more competition arrives in the cross-border payments space.