As Wall Street Eyes up Crypto, Is Adoption Really as Close as We Think? 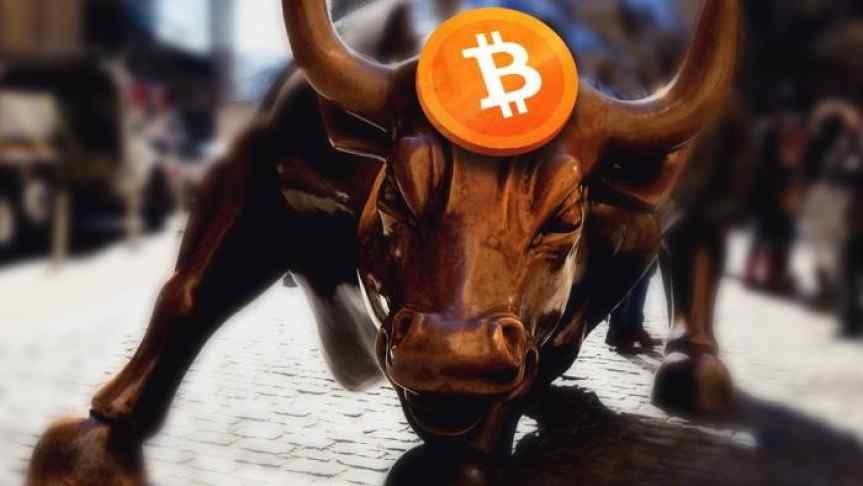 As Wall Street Eyes up Crypto, Is Adoption Really as Close as We Think?

Wall Street giants are making big moves into crypto, but amidst unconfirmed reports and uncertain regulations, is adoption really on the horizon?

Wall Street is starting to look at Bitcoin and other cryptocurrencies with hungry eyes. This month, several established firms from JP Morgan and Goldman Sachs to the NYSE are preparing to stake out their turf in the new crypto gold-rush. As Wall Street inches closer to full-fledged adoption, institutional investors are trickling in, hoping to beat out those more cautious who are holding out for more certainty from the banks and regulators who hold the lever to a floodgate in their hands.

If mainstream Wall Street support for the crypto-market does come to fruition, the implications for the industry could be astronomical, but are the American banking giants really knocking on crypto’s door? Or are the reports and rumors more hype than substance?

In the past 6 weeks, we have seen multiple news publications reporting on Wall Street’s new foray into crypto. The most notable news for crypto-adoption comes via a recent leak reported by the New York Times. The report reveals the ambitious plans of New York Stock Exchange parent company Intercontinental Exchange (ICE) to create “an online trading platform that would allow large investors to buy and hold Bitcoin”.

Despite the NYtimes openly stating that the reports have not yet been confirmed by ICE, and that the project “could still fall apart”, mainstream media, crypto pundits and starry-eyed investors have run with the news, and for good reason. If ICE really intends to offer crypto swap contracts settled in Bitcoin, it will mean that ICE will provide an institutional-level custodian solution for Bitcoin, a barrier that has been keeping most institutional investors from being able to hold crypto assets directly.

In a recent video published by CNBC, Dominic Chu and Brian Kelly delve into the implications, going so far to say that this news from ICE now classifies crypto as an “emerging asset class” and could lead to “big price moves” thanks to investment from multi-billion dollar pensions, endowments, and institutional investors alike.

Of course, reports of ICE’s plans are third-party, and to think that this news alone justifies so much bullish speculation from crypto-enthusiasts and pundits would be unreasonable.

A more tangible report came from Goldman Sachs when the firm announced that they will be trading Bitcoin futures contracts on behalf of clients. While Sachs won't deal with actual Bitcoins directly, instead, trading contracts that are intrinsically tied to the virtual currency, the news indicates that Wall Street is aggressively looking for ways to open up the doors to institutional investment in the crypto space.

It’s not just direct investment avenues that indicate Wall Street is beginning to move into crypto, but a marked change in the culture of traditional financial firms towards the technology overall. Up until recently, Bitcoin and other cryptos were shunned for their lack of legitimacy, their extreme volatility, and their association with the criminal underworld of the internet. Now, in 2018, attitudes of individuals and institutions are changing and Wall Street is beginning to embrace the crypto asset class. For example, On April 25, NASDAQ CEO Adena Friedman said the NASDAQ would be interested in offering a cryptocurrency exchange, and affirmed that cryptocurrencies are on the path to becoming a lasting financial asset. On May 9, Bloomberg announced the creation of the Bloomberg Galaxy Crypto Index (BGCI) in partnership with Mike Novogratz, a world-class crypto trader and Wall Street veteran, in an attempt to legitimize the space in the eyes of institutional investors.

With Wall Street’s culture changing, and the big players trying to find any way they can to get Wall Street’s hands into the crypto market, what exactly is keeping the floodgates closed?

The Role of Regulation

Wall Street might have the money, the expertise, and the interest to grow crypto-markets, but they don’t yet have the permission. Crypto-technology being a new revelation in the world of finance, regulators have not yet created a succinct legal framework to govern Wall Street giants and their ambitions for crypto. Despite the best efforts of regulators in the US and beyond, crypto remains a fast-developing vertical, which has the ability to easily transcend borders and instantly follow the path of least resistance.

Because regulation, innovation, and adoption are so closely intertwined, many eager entrepreneurs and investors are working with regulatory bodies to act thoughtfully and decisively in an attempt to reach consensus and further the industry along. In the case of the regulation-friendly Ripple project, their Director of Regulatory Relations, Ryan Zagone, has been proactive in working with regulators to help define which rules should apply to which tokens. In a recent blog post, Zagone discussed his views on the future of regulation and innovation, imagining a future where crypto-technology supplements our monetary system rather than replacing it, and regulators work with innovators to achieve a balanced outcome.

While die-hard crypto enthusiasts may cringe at Zagone’s vision of a semi-centralized future, it would seem that regulators in the US and worldwide, share his outlook.

In a recent speech, SEC head Heister M. Pierce spoke on the importance of collaboration, and added that regulators should not suffocate innovation by smothering it with over-zealous meddling:

“My hope is that we can navigate these new waters collaboratively. The SEC’s role is not to hand out permission slips for innovation. Innovation happens—organically through private decisions and irrepressible human creativity. We at the Commission have a role to play in protecting investors and market integrity by deterring and punishing fraud and setting clear rules.”

If regulators and crypto-innovators can work together towards creating a framework that satisfies both sides of the discussion, decisions could be made and the institutional investors on Wall Street would be able to green-light their ambitious plans for cryptocurrencies. With the culture changing amongst regulators in the US, and the new recognition of the benefits that crypto could provide to society taking center stage, it is becoming more likely that we will see regulators working with innovators and Wall Street alike to provide safe and well-supported opportunities for further investment in the cryptosphere.

What Could Institutional Investment Do For The Crypto-Market?

At the moment, the crypto-market has a market cap of ~$0.5 trillion dollars. Although this is 2x - 3x higher than where the market was even one year ago, it is only a fraction of the market caps of established markets such as gold or the New York Stock Exchange. With gold’s market value estimated at ~$8 trillion, and the NYSE coming in at ~$20 trillion, it is clear that crypto has a lot of room to grow if Wall Street takes a hold of the market in full force. If the crypto-market did manage to steal some value from other more established markets, it would be likely to see an exponential growth in the level of innovation and production from the blockchain industry. Large projects like Bitcoin and Ethereum would likely expand their scope and development and new, smaller projects with fresh ideas would surely multiply in number. Current "hodl'ers" of crypto would see a tremendous increase in the valuation of their tokens, and a new class of investor would likely emerge on Wall Street.

The possibility of institutional investment from Wall Street has never been so close, but it is still not a certainty. Regulation, cautious investors, and uncertainty amongst blockchain projects as to whether they would work alongside Wall Street banks and regulators mean that the crypto-market may never be similar enough to more established markets to fit into the right paradigm for large-scale investment. As of now, mainstream media pages are hyping-up unconfirmed stories, regulators are still expressing concerns for the safety of investors and most institutional investors remain on the sidelines. Because of these factors, there is every possibility that the acceptance of crypto on Wall Street will not be sudden, but rather a tempered process that hinges on crypto's ability to adapt and fit into a framework designed by regulators rather than one of its own definition.