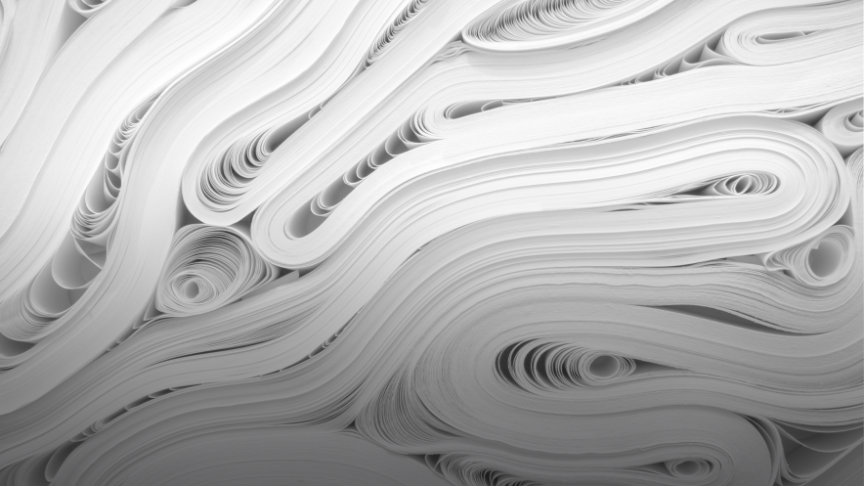 Despite Craig Wright’s attempts to take down Bitcoin's white paper, the foundational document remains in circulation.

Craig Wright of nChain has filed copyright claims against a number of major Bitcoin websites, intending to force those sites to take down the Bitcoin white paper.

Bitcoin's white paper was originally published by Bitcoin creator Satoshi Nakamoto in 2008. The paper explains the details of Bitcoin’s original design and serves as the foundation of nearly every blockchain in existence today.

Because Nakamoto worked under a pseudonym, Wright has frequently made the dubious claim that he is Nakamoto. Wright has done so repeatedly with the goal of accessing funds stored in early Bitcoin addresses and obtaining Bitcoin’s brand identity.

Wright originally registered a copyright on Bitcoin’s code and white paper with the U.S. Copyright Office in May 2019. Wright’s claims were dismissed by many at the time, and Wright did not attempt to use the registration to any real end.

This is the first time that Wright has attempted legal action based on that copyright claim. So far, Wright has attempted to force Bitcoin.org and BitcoinCore.org to take down the paper. CoinGeek, a company that has aligned itself with Wright’s SV project, says that Bitcoin.com has also received a copyright notice.

No other sites have reported a takedown request as of Jan. 22.

So far, only BitcoinCore.org has complied with the takedown request. The site's maintainers state that the legal status of the document is unclear. They also note that BitcoinCore.org concerns a specific software client (Bitcoin Core) rather than Bitcoin in general, giving it little reason to host the paper.

Bitcoin.org, meanwhile, has refused to comply with any demands. It says that Wright’s claims are “without merit.” It has also condemned BitcoinCore.org for surrendering to Wright, stating the site has "lent ammunition to Bitcoin’s enemies, engaged in self-censorship, and compromised its integrity.”

Bitcoin.com has not taken down the white paper either. Its owner, Roger Ver, has said that the site has not received any takedown request despite CoinGeek's statements.

In response to the attempted takedown, several cryptocurrency firms have uploaded their own copy of the Bitcoin white paper. Sites that have uploaded a copy of the paper include Square (a payments company led by Twitter founder Jack Dorsey) and Novi (the wallet of the Facebook-backed Diem project).

Other notable sites that have uploaded a copy of the paper include Chaincode, Coin Center, Paradigm, New York Digital Investment Group (NYDIG), and Casa.

Some sites hosted a copy of the paper even prior to this week's incident. Block explorer Blockchair manages a list of sites that have a copy of the paper, as well as a way to verify that the document is the original white paper without changes.

The paper is also stored on several decentralized platforms and blockchain networks. Not only is it encoded on the Bitcoin blockchain itself, but it has also been hosted on IPFS, Arweave, and Skynet. These platforms are extremely resistant to takedowns because they depend on distributed peer networks rather than single hosts.

Will Wright's Actions Have Any Real Effect?

It is unlikely that Wright’s complaints will have any significant effect on Bitcoin. The Bitcoin white paper is not involved in the operation of the Bitcoin network, Bitcoin mining, or transaction confirmations in any direct sense.

It is also clear that Wright does not attempt to censor or suppress the white paper. It seems that this is a publicity move on his part in order to portray himself as the creator of Bitcoin—a claim rejected by virtually all of the crypto community.

If Wright were to take any website operator to court, it is not clear that the lawsuit would succeed. According to Bitcoin.org, the Bitcoin white paper is licensed under the free MIT license along with other Bitcoin project files. Though no lawyers have commented on the situation, that fact could make Wright’s copyright claim invalid.

If the controversy continues to grow and gain more attention, cryptocurrency market prices could be briefly affected if investors decide to sell off their Bitcoin over concerns around the issue. However, it is unlikely that this would become a lasting issue.

Ultimately, Bitcoin’s white paper remains one of the most widely circulated documents in the crypto industry. Readers can access a copy of the paper here.

Pancakeswap vs Uniswap – Compare Them Side-by-Side

The Top Metaverse Gaming Projects to Watch in 2022