Blockchain in the Video Game Industry: Which Companies Are Using It? 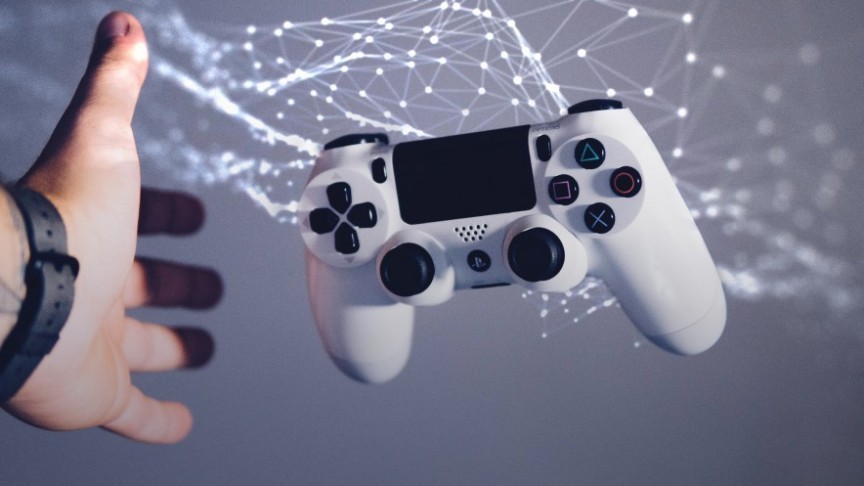 Blockchain in the Video Game Industry: Which Companies Are Using It?

Ubisoft has revealed that it is exploring new applications for blockchain technology. Which other major game companies are doing the same?

There are plenty of applications for blockchain in the video game industry: for example, the technology can be used to perform in-game transactions, tokenize collectible items, and handle digital rights management. Until recently, small game startups have primarily taken advantage of this potential, but now, mainstream game companies are joining in. Here are some of the biggest game companies that are currently making use of blockchain technology and cryptocurrency.

This month, Ubisoft insiders revealed that the company is exploring applications for blockchain tech. Reportedly, Ubisoft is considering using the Ethereum blockchain in order to handle the purchase of in-game items, such as costumes and character accessories. Blockchain tech will allow Ubisoft to preserve ownership data in a permanent way, preventing users from losing access to their purchases over time. “If we use the blockchain, we give a physical existence to a digital element,” one insider has noted.

Ubisoft has not officially announced these plans yet, but the company is no stranger to blockchain. Ubisoft hinted at similar plans for blockchain-based collectibles during February 2018's DICE Summit. Furthermore, during last year’s Blockchain Game Summit, Ubisoft joined the Blockchain Game Alliance and demoed a prototype of a blockchain-based Minecraft clone. This makes Ubisoft one of the most pro-blockchain game companies in existence, and it may very well announce more new blockchain projects in the future.

Last year, Microsoft began to use the Quorum blockchain to provide real-time royalty information to XBOX game publishers. Microsoft has recently improved on this by introducing Azure Blockchain Services, a new platform that streamlines the royalty process to an even greater extent. To gamers, this is a largely invisible use of blockchain tech. However, to game publishers, this is an extremely useful tool: Microsoft’s near-instant delivery of royalty data makes it far easier for game publishers to make business decisions.

In early 2018, Atari partnered with Infinity Networks to introduce the Atari Token. Although developments on that front have been quiet during the past year, Atari has recently published a press release which indicates that its relationship with Infinity is still going strong. Meanwhile, Atari is also working on Atari Capital, a blockchain-based revenue distribution platform for game developers. Additionally, Atari has been working with Pariplay to develop Atari Lotto, a blockchain-integrated online gambling platform.

In May 2018, Sony acquired a patent that proposed a blockchain-based system for handling digital rights management (DRM) on video games and other media, including movies and music. Later, in October, Sony officially announced the DRM system, indicating that it will initially be applied to written content. Although Sony has not indicated when (or if) it will use this system to handle video game DRM, some have speculated that the new system will be an integral part of PlayStation 5―Sony’s upcoming next-gen game console.

Epic Games is best known as the company behind the phenomenally successful Fortnite franchise. It is also recognized as the creator of the Unreal Engine, a game engine that is being used by many of the biggest game studios. This May, Epic Games partnered with The Abyss, a blockchain-based game distribution company. The partnership will help Epic introduce crypto payments, meaning that developers who use the Unreal Engine will be able to accept Abyss tokens for initial game purchases and in-game payments.

Unity produces one of the most popular game engines in the world, and it has formed a number of blockchain partnerships over the past several months. Both Enjin and the Kin Foundation have created SDKs for Unity, and both projects are now listed as official partners on the Unity Asset Store. These two SDKs essentially allow Unity game developers to introduce cryptocurrency and tokenized items into their games. These development kits are noticeably similar to Epic Games’ and Ubisoft’s projects, as described above.