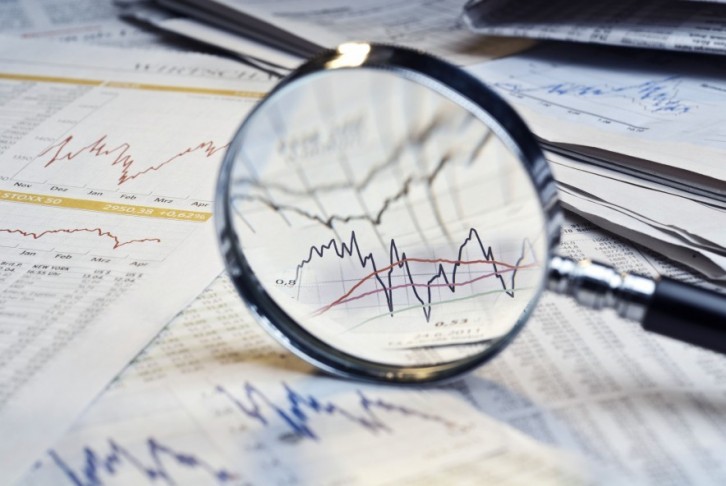 Bitcoin has held onto key support at the trendline mentioned in last weeks’ article, with a rally up to the $6,900 level. This has retreated overnight, due to another drop in stock futures after U.S. Democrats voted against the proposed stimulus package for the economy. Another vote is scheduled for 9:45 a.m. and the BTC support is still in play for now. Bitcoin actually did well to bounce last week with stock markets still in freefall from virus-induced selling. My assessment of this is that the cryptocurrency market has suffered from forced-selling. Much has been made over the last year regarding a growing wave of institutional investors into the space and the key beneficiary of those flows was BTC, which grew in dominance from 33% in early-2018 to become 70% of the entire sector’s valuation.

As markets have panicked over the last weeks, BTC has been treated as a “risky asset,” rather than a safe haven, but this is likely driven by hedge funds or other large investors who are taking profits, or seeking to raise capital in order to fend off margin calls. Margin calls are common in futures markets when an asset is going against your chosen market direction. Traders must hold a required level of funds in their trading account and in times of market stress, the exchanges can raise margin levels. As BTC continued to fall, the added pressure of margin calls adds to the selling, however, some traders could sell off BTC in order to fund margin calls in another product such as S&P futures or oil, both of which have been severely beaten down in the recent turmoil.

Once the dust settles for the financial markets, cryptocurrencies will also get a boost, but investors may be missing the point of the sector. As seen in the Cypriot financial crisis of 2011-12, BTC rallied as fears over the banking sector saw a threat of having money locked down in failed institutions. This led to big sums using Bitcoin as a conduit to protect capital. This dynamic was also seen in the late-2017 rally, which many attributed to Asian investors during capital controls by China. With the current turmoil going on, this is not a time that I would be looking to sell out of the market. Investor attention in BTC will soon turn to the upcoming May “halving,” where block rewards will be cut by half for mining the coin. This could be another boost for the price if markets can settle.

Bitcoin SV was particularly strong last week with a gain of around 36% over the last seven days. This highlights the dynamic further because altcoins are not as heavily traded as BTC, so the potential to rally from value investors buying the dip is greater.

As with BTC, BSV has bounced strongly from a big support level and is now looking for the next direction. A move through the $175 level could open up a path to the resistance level at $255. The support near $100 is critical for the downside.

BSV currently has a market cap of almost $3 billion and is the number 6 ranked coin in the sector. The coin achieved a successful hard fork last month, which was named Genesis and the project claimed it was,

...the largest set of consensus changes ever attempted in the history of Bitcoin.

The goal of the upgrade was to bring the blockchain back to the original “Genesis” creation of Bitcoin. Going back to the original removed a default hard cap for block sizes, which removed limits for transaction capacity and increased scalability. This would, “allow businesses to build large-scale applications on BSV,” the project said.

DASH was another coin up over 30% on the week, but as seen on the chart, this is a relief bounce from a heavy decline. Despite this, there is still potential for the coin to hold the support at $40.00 and the close above $60.00 will need to stay intact for a move higher from this range. DASH currently has a market cap of $605m and this is another coin that is set to go through a scheduled halving event. Miner rewards in DASH are programmed to reduce by 7% each year, with the next event expected to take place on April 27th.

If DASH can hold the support levels here, then a buying opportunity will present itself for those who are bullish on halving events. The theory is that mining becomes less profitable and the coin supply, therefore, diminishes.

ARK was one of the few coins with a 30% move higher on the week, but like DASH, this follows a bearish move to new lows. The market couldn’t close above $0.1500 on the week, so there is no real buy signal, but for fans of ARK, this is a significant discount from the 2019 highs of $0.7500. The resistance at $0.3000 will be key after the coin failed to move above that level before the March sell-off.

ARK has one of the fastest block transaction speeds amongst the altcoins, with a time of 8 seconds and the project recently moved to the “Core” v2.6 upgrade. Some of the features include Multipayments, where customized transaction amounts can be sent to multiple stored addresses. Core v3.0 was developed in parallel and this will be the next milestone for ARK.

For the week ahead, things still hinge on the behavior of financial markets and we may be nearing some form of interim low. If the selling continues then we will see if the cryptocurrency market can decouple further from so-called risk assets.