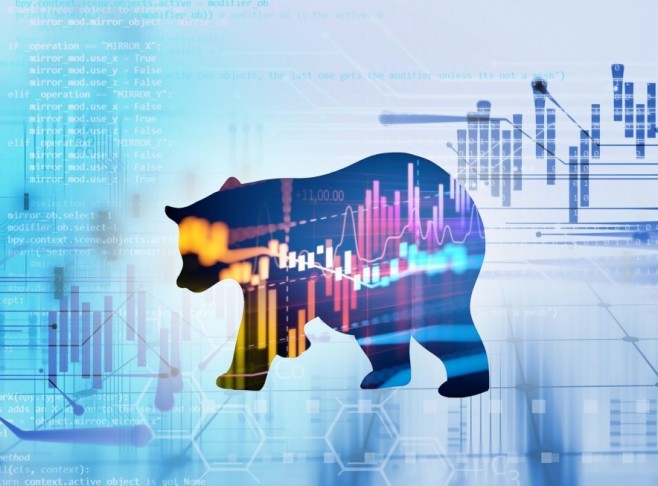 Bitcoin was over 6% lower on Monday after another panic erupted in financial markets and saw riskier assets sold off. The market reacted badly to another bout of central bank panic and the continuing shut down of world business due to the coronavirus.

The US Federal Reserve announced a cut in interest rates to zero percent and a stimulus package of $700 billion in an attempt to soothe worried investors, but the move had the opposite effect. The FED joined the New Zealand Reserve Bank who had cut rates by 0.75% to a record low and this followed similar moves by the UK last week.

The price has since fallen to $5,000 and is testing a key support level that goes back to 2017. This uptrend line will be key in the coming weeks. For those who still believe that cryptocurrency is the future then there are bargains to be had. A lot of this selling could be driven by institutional investors who are facing margin calls or losses in other assets. The irony is that an economic collapse is something that I have long touted as an opportunity for further adoption of cryptocurrencies when retail investors no longer trust banks. Global policy makers are obviously in panic mode and are bailing out the system, but we may see banks, or big-name corporations go down as the effects of a global shutdown in supply chains takes effect.

Chainlink has been one of the better performers in recent weeks with a strong rally in 2020 to double in price and set a new record high. This ended with a failure at the $4.50 level, which has seen it unwind those gains with a 54% drop back to support near $1.50.

As noted, the recent outperformance in a bear market may have been driven by institutional investment and an unwind has now occurred. Chainlink provides tamper-proof inputs and outputs for smart contracts on any blockchain. The project is an official cloud partner of Google and has worked on placing BigQuery data on the blockchain. BigQuery is a data warehousing and business intelligence solution, which is run by Google. Chainlink has also been working with money movers SWIFT and database company Oracle.

The move in the last week has seen the wind taken out of LINK’s sails and price may hover around the $1.50 level for a few weeks to find a support base. The market cap of LINK has dropped to $644 million but the coin still trades at a rank 14th in the list of coins.

QTUM is also down almost 50% in the same period after the coin failed to sustain gains above $3.00. The market has since dropped back through support at $1.50 to a price of $1.00 and the coin has a market cap of $100 million.

QTUM also works with smart contracts and uses the security of UXTO alongside a Proof of Stake (PoS) model.

As with the Chainlink example, price will take some time to recover from this heavy volume selling and will look to find a base around the $1.00 level.

The drop in XVG sees the coin ranked at number 81 in the list of coins by market cap with a value of $31 million. XVG was created as a privacy coin and uses anonymity-centric networks such as TOR and I2P.

The roadmap of Verge sees some wallet upgrades and then a move to RSK smart contracts integration, which may bring new developers onboard and boost the coin’s demand.The price of XVG will now look to find a support base around these levels and a move back into the $0.003 support zone would be needed to get back to the recent highs.

Price action in the next weeks will continue to be driven by the global economy and financial markets. If markets can rally from here, then we should see BTC hold the uptrend from 2017. It was disappointing to see BTC lose its safe haven status, but gold has since sold off with move from $1700 down to $1500 so these are volatile times in all assets. As noted earlier, we need to look further out and consider the implications of a bank failure or multiple corporate bankruptcies driven by the collapse in global trade. The global central banks are panicking and are flooding the market with liquidity to avoid such an event, but investors are wary of their ability to be successful. Cryptocurrencies may yet see their safe haven status re-emerge and the big gains that were seen following the Cypriot financial crisis of 2012-13, where investors tried to escape bail-ins and banks were shut down. This saw big investors move their money into crypto in order to flee the country, or at least until the panic subsided.