The SEC Is Not Rejecting Those ETF Proposals Just Yet, Will Review Them Once More 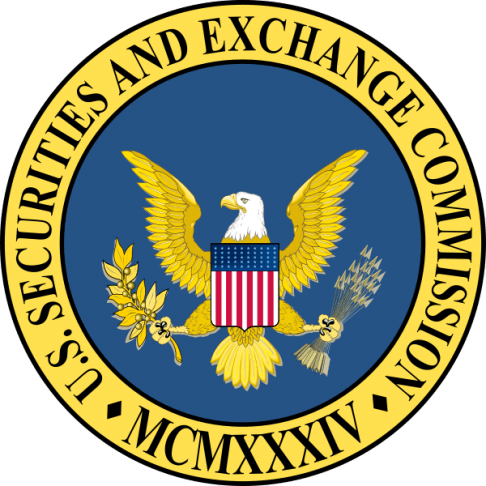 The SEC Is Not Rejecting Those ETF Proposals Just Yet, Will Review Them Once More

The Securities and Exchange Commission has announced that it will stay and review yesterday's decision to reject ETF proposals from 3 parties.

After yesterday’s disappointing news that a string of ETF proposals was rejected by the SEC, the regulator has done a 180 and said that it will review the ProShares, GraniteShares and Direxion proposals a second time.

Market watchers were left disappointed yet again after the SEC announced on August 23 that it would reject all three ETF proposals it was set to consider. Many hoped that the time had come when Bitcoin would take on a more formal status as a financial asset, but the SEC rejected the latest proposals stating that the digital currency space still lacks adequate investor protection.

SEC Secretary Brent Fields, announced the review in a letter to David De Gregorio, NYSE Group senior counsel, which was shared with the three crypto companies who submitted the applications.

This letter is to notify you that, pursuant to Rule 431 of the Commission's Rules of Practice, 17 CFR 201.431, the Commission will review the delegated action. In accordance with Rule 431 (e), the August 22 order is stayed until the Commission orders otherwise. The Office of the Secretary will notify you of any pertinent action taken by the Commission.

Decision Was Made by Staffers, Commissioners Will Now Review

Commissioner Hester Peirce, who adamantly supported the last ETF proposal, speaking out afterward in protest at the SEC's rejection, and as a result, being dubbed “crypto mom”, broke the news today that the decision, which had been initially delegated to staff, was stayed and that the commissioners of the regulatory body will review the decision. 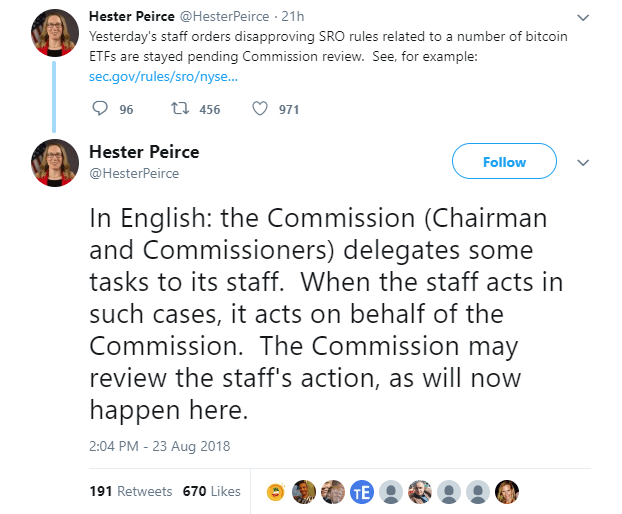 The new development in the ongoing Bitcoin ETF drama will bring some relief to crypto investors at a time when the market is struggling. It is widely believed, though not by everyone, that the SEC's regulatory approval would provide a much-needed boost to the market.

Considering how much is at stake for the cryptosphere, the SEC's 180 is rather interesting. While it is likely simply the fact that the commission wants to review an important decision that was initially delegated to lower-ranked staff, it may also be the case that they wish to avoid influencing the market too heavily with bad news and have announced the review in order to allay investor anxiety. Either way, investors will have to wait for a final answer.