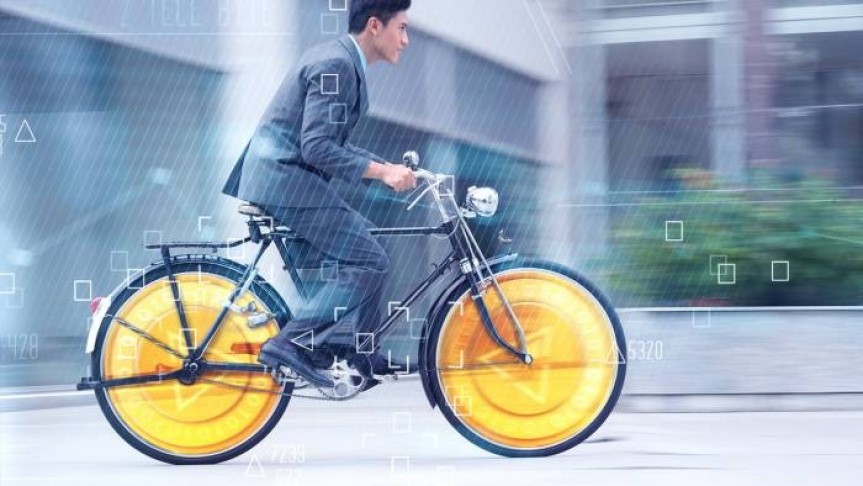 The Toba e-bike is one of many cryptocurrency "reward programs." But are the rewards so small that they are insignificant?

As once-viable ways of acquiring cryptocurrency become ridden with obstacles, entrepreneurs are increasingly distributing crypto as a selling point. One case in point is 50cycles, an online bike store which has announced an electric bike in their Toba line that will allow cyclists to earn cryptocurrency as they pedal.

Scott Snaith, 50cycles CEO and founder, revealed plans for the new e-bike in a conversation with CyclingIndustry.news. The company's newest Toba model will reward cyclists with an existing token called LoyalCoin, which essentially "rewards points" that can be exchanged for other cryptocurrencies and retail rewards.

Apparently, LoyalCoin's value mainly comes from its parent company diverting a small percentage of the profits that it makes. According to their whitepaper, LoyalCoin

earn[s] revenues from per-transaction fees involving the use of [LoyalCoin] as payment and its exchange into other rewards points.

LoyalCoin itself is based on the NEM blockchain, which runs on a unique "proof of importance" staking system that rewards coinholders who make transactions, as opposed to coinholders who simply hoard coins. The Toba project seems to represent a real-world circulation of cryptocurrency in an era where mining is difficult and purchasing crypto is not straightforward.

At the same time, the Toba bike is just one drop in an ocean of cryptocurrency applications. Toba bike users will only be rewarded with about $25 worth of tokens for every 1000 miles they cycle. Plenty of similar minor reward incentives have been attempted, such as the Motif smartphone's ZIPT token and the Brave browser's Basic Attention Token. Such small rewards are probably better viewed as a minor reimbursement rather than an active investment in cryptocurrency.