Know-Your-Customer (KYC) Policies: Where Do They Apply? 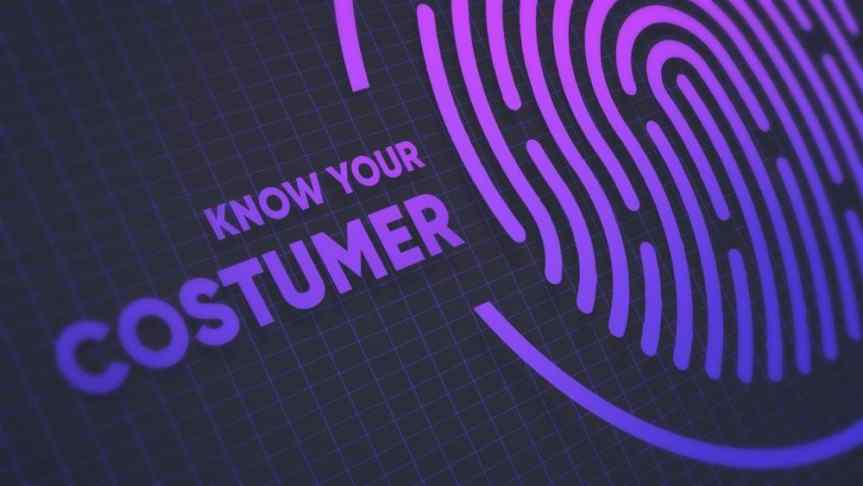 Know-Your-Customer (KYC) Policies: Where Do They Apply?

KYC, an identity verification practice, is becoming commonplace in the cryptocurrrency world, especially for exchanges, brokers, and ICOs.

Recent legislation in several countries around the world has made "Know Your Customer" (KYC) policies an increasingly common practice in the cryptosphere. KYC is an identity verification practice intended to prevent money laundering and the funding of criminal activity. Typically, it involves the client of a service providing personal information and uploading a proof of identity. In the cryptocurrency realm, KYC provides traceability and security, which are desirable to regulators, retailers, and banks, and therefore promotes mass adoption. The tradeoff, however, is that clients lose some of the anonymity that many view as essential to the cryptocurrency philosophy.

KYC is often seen as an inconvenience by investors, but criticism runs deeper than that. Advocates view anonymous transactions as a fundamental principle of cryptocurrency, which KYC policies fly in the face of. As such, KYC policies prevent well-intentioned people -- such as minors, people without government-issued ID, and people residing in particular countries -- from obtaining cryptocurrency simply because they do not qualify for a service.

This article takes a look at various segments of the cryptocurrency market, how prevalent KYC policies are in each, and how KYC could affect you as an investor.

Arguably, KYC is a minor inconvenience in this area: it is possible for an investor to complete a KYC check only once and rely on one broker for all of their investments in cryptocurrencies. Whether KYC benefits the investor is debatable -- both anonymity and compliance with regulations are desirable qualities in an exchange. However, Bitrates recommends choosing exchanges that comply with KYC regulations:

An indication of an exchange’s credibility is whether they follow KYC (Know Your Customer) and AML (Anti-money-laundering) protocols. There are multiple levels of customer verification. While low identity verification provides anonymity, the absence of any KYC measures should be considered a warning.

There are exchanges that deal only in cryptocurrency, allowing you to trade one cryptocurrency for another. Unlike brokers, these exchanges do not handle fiat currency and most did not require users to participate in KYC until recently. But now some cryptocurrency-only exchanges such as Poloniex do require KYC checks -- though sometimes only for transactions above a certain amount. Nevertheless, there are still some services that do not require KYC, such as ShapeShift.

Peer-to-peer exchanges facilitate meetings and direct transactions between individuals. These typically do not require users to participate in KYC. As noted, KYC compliance is a good sign of a reputable exchange, but in P2P exchanges, individual buyers and sellers gain reputations and rankings from their peers based on successful transactions.

LocalBitcoins is one of the best-known exchanges in this category, but even LocalBitcoins is beginning to implement KYC on some high-volume trades. However, LocalBitcoins also held cryptocurrency in escrow during the trade, so trades were not made directly between two people. HodlHodl is a similar site, but it does not require KYC and has user-controlled escrows.

It should be noted that many users on peer-to-peer exchanges accept credit cards, bank transactions, and PayPal as payment methods, all of which identify the trader. So KYC is not the first non-anonymous practice on LocalBitcoins -- just the first one motivated by legal compliance.

There are decentralized exchanges, which are truly anonymous by nature. There is no obviously effective way to implement or enforce KYC regulations, and these will likely remain anonymous, although they often accept non-anonymous payment methods. The most prominent of these platforms are Bisq and HodlHodl.

These may be considered a subset of peer-to-peer exchanges. The exchange itself does not hold any cryptocurrency in escrow. Instead, the exchange uses multisig encryption as an escrow. Two parties (a buyer and seller) must use their encryption key and agree to release the funds to each other. In a dispute, an arbitrator can agree to release the funds to either the buyer or seller. Collective trust of the arbitrators builds the exchange's reputation.

However, there is a drawback: unlike centralized exchanges, in which one large entity handles all of the trades, these sites depend on peers continuously participating in order to make a trade. These platforms are not widely used yet, so you may log on and be unable to find someone interested in what you are buying or selling.

ICOs are sales that offer cryptocurrencies, typically at a discount, around the time of an official launch. Until recently, ICOs did not require identity checks. At present, ICOs in the United States must implement KYC to comply with securities regulations. Penalties can be harsh, and sometimes ICOs will be very cautious and ban U.S. residents from participating in the ICO unless they are an accredited investor.

However, KYC regulations immensely benefit ICO investors. According to a new study, an estimated 80% of ICOs are fraudulent and/or scams, so an ICO's compliance with KYC regulations is a good sign that an ICO is legitimate.

KYC is a practice that tests the values of the cryptocurrency world. On one hand, KYC can be an inconvenience to investors and prevent anonymous transactions. On the other hand, KYC compliance can be a sign of a reputable service that complies with the law. While KYC regulations have become nearly ubiquitous on centralized services like major exchanges and brokers, it is not clear how much farther KYC will, or can, reach.