Will Apple Ever Enter the Cryptocurrency and Blockchain Business? 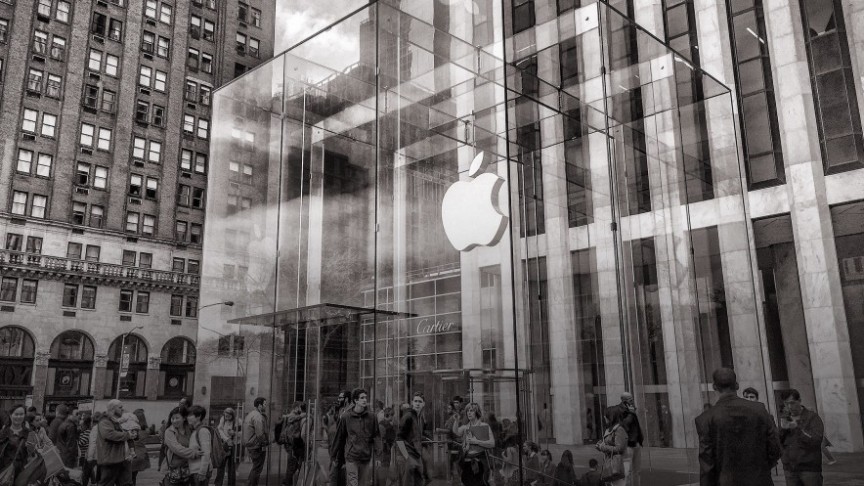 Will Apple Ever Enter the Cryptocurrency and Blockchain Business?

Apple is one of the biggest tech companies in the world, but is it interested in cryptocurrency?

RBC Capital Markets has published a report suggesting that computing giant Apple is in a position to introduce cryptocurrency services for its retail users. The report has circulated widely, raising the question of whether Apple has any interest in the matter.

What Are Apple’s Current Crypto Policies?

Apple does not have definitive policies on cryptocurrency. The company banned cryptocurrency wallets from its app store in 2014 but now allows them. Current third-party wallets include apps from major exchanges like Binance and Coinbase.

The company also allows users to spend their Apple Pay balance on cryptocurrency through various third-party brokerages and exchanges. Opera, for example, integrated Apple Pay with its built-in crypto exchange in March 2020. However, this was done under Opera’s own initiative, and Apple itself had no involvement in that decision.

One policy remains very strict. Apple continues to ban apps that use device power to mine or generate cryptocurrency. However, non-intensive “cloud mining” is permitted. Apple’s current policy on crypto mining has been in place since 2018.

The firm has also patented crypto-adjacent technologies. The company patented a centralized digital currency called “iMoney” in 2013. It also patented a blockchain-based timestamp system in 2017. These patents will not necessarily come to fruition, but they suggest that Apple is open to the technologies discussed therein.

CEO Tim Cook Has Spoken Out Against Crypto

Apple executives have expressed their own positions on crypto. In September 2019, Apple CEO Tim Cook declared that Apple would not launch its own cryptocurrency.

"A private company shouldn't be looking to gain power this way," he stated. Cook added that other companies should not do so either, seemingly in response to Facebook's ties to the Diem stablecoin. Cook also argued that the right to issue new currencies should be the responsibility of national governments, not corporations.

Although Cook is clearly opposed to Apple launching a cryptocurrency, that does not necessarily mean that Apple cannot act as a brokerage for existing cryptocurrencies.

At least one executive has made positive statements on the topic of Bitcoin and crypto. In September 2019, Jennifer Bailey, VP of Apple Pay, stated that the company is monitoring Bitcoin: "We're watching cryptocurrency. We think it's interesting. We think it has interesting long-term potential," she stated.

Cook himself has even promoted Apple Pay as a privacy-preserving payment option. Though Apple’s approach to privacy is not directly comparable to Bitcoin’s own design, Apple could see Bitcoin as an asset that is compatible with its mission.

One of Apple’s original co-founders, Steve Wozniak, has expressed positive sentiment toward cryptocurrency in the past. He bought and sold an undisclosed amount of Bitcoin when it was priced at $700 and says that the asset has potential.

“Only bitcoin is pure digital gold… and I totally buy into that,” Wozniak said in a CNBC interview in July 2018. He drew attention to Bitcoin's decentralization as his reason for favoring the coin and argued that altcoins tend to compromise this vision.

However, Wozniak has had minimal involvement with Apple since 1985, and as such, his statements regarding Bitcoin say little about the company’s own attitudes.

Even though Apple demonstrates mixed feelings toward cryptocurrency, the attitudes of its competitors are clear. PayPal has fully embraced cryptocurrency, allowing retail users to buy and sell Bitcoin and other assets directly from their account interface.

Meanwhile, Facebook has backed the Diem Association and its upcoming stablecoin, also aimed at retail users. Microsoft and Amazon both offer enterprise blockchain solutions, while Google Cloud is running nodes for several public blockchains. Even Twitter is exploring blockchain as the basis of a decentralized social media standard.

With several Big Tech companies embracing crypto and blockchain, Apple may soon feel motivated to join in with the rest. Though this will not necessarily take the form of a retail crypto service, Apple clearly has many options.