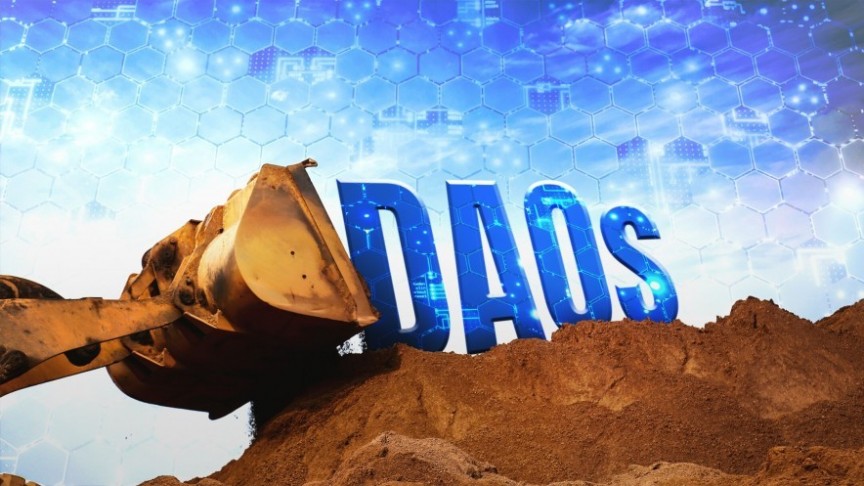 Decentralized Autonomous Organizations (or DAOs) are blockchain organizations that operate automatically. Unlike traditional companies, they don't rely on a chain of command or a central authority. Instead, DAOs make decisions based on smart contracts and code; their outcomes are enacted mainly by their programming.

Of course, DAOs are not entirely free from human influence. They allow people to make proposals, vote on decisions, earn funds, and act in various roles. What is important is that no one person can control a DAO, override its programming, or obscure its record of activity. Simply put, DAOs are transparent and demand no trust.

That definition reflects key values of many blockchain advocates, but it says very little about how DAOs can actually be used in a practical sense. To find this out, it is necessary to take a look at projects that are making use of the DAO model. Fortunately, there are dozens of projects that are taking the concept in new directions.

The most basic DAOs allocate funding within a project and make governance decisions. Dash is one of the earliest examples of this. Like Bitcoin, it distributes rewards to miners and nodes. However, Dash also reserves 10% of all rewards for development and allocates that through voting―a distinction that makes it a DAO.

Bitshares and Digix are two other early DAOs. The former is a crypto financial service; the latter is a platform for gold share ownership. Though these platforms are quite different in their practical applications, they are both considered DAOs due to the fact that they rely on voting to make decisions and distribute funds within the project.

A number of recent DAOs are designed to distribute funds more freely than their precursors. MolochDAO is the most notable example of this: though it is not involved in Ethereum's blockchain governance, it is capable of allocating community funds to Ethereum projects. It does so through a system of proposals, voting, and deposits.

Since MolochDAO went live in March, it has also been forked for other purposes. MetaCartel is working to fund Ethereum's application layer and UX, while the Ethereum Marketing DAO is working to fund brand recognition. Supporters of politician Andrew Yang have even formed YangDAO to fund projects that are in their interest.

Some DAOs are not merely a single DAO; they also serve as the groundwork for others. Aragon provides its users with a simple way to create DAOs. Though it can be used for corporate purposes, it can also be used by individuals―for example, spouses can create shared crypto accounts. So far, Aragon has attracted over 900 DAOs.

Another similar project is DAOstack. Though it has a partial focus on asset management, it can also be used to hire workers, decide on projects, and evaluate content quality. Like Aragon, DAOstack offers a simple interface. However, DAOstack is somewhat smaller than Aragon; it has just a handful of DAOs at the moment.

DAOs typically operate independently of regulations, but that doesn't need to be the case. Some DAOs exist within traditional businesses. These are called Limited Liability DAOs (or LAOs). Naturally, LAOs can be controlled by the law, but that is appealing to companies that want to use blockchain in a legally compliant way.

One project of this type comes from dOrg, which is working to create a legally approved way for companies to rely on smart contracts. Another project is OpenLaw's LAO, which will distribute funding to Ethereum startups. MolochDAO has an LAO feature as well, which supports legal contracts, security tokens, and other compliance tools.

Finally, there are several recent DAOs with unique goals. MakerDAO allows stakeholders to vote on issues and fee changes concerning its collateralized stablecoin issuance system. Unlike Tether and many other stablecoins, MakerDAO Dai can maintain its dollar peg without needing a central organization to store funds.

And that's just the beginning: new DAOs are constantly on the rise. StakerDAO will automatically stake certain cryptocurrencies based on voting outcomes and distribute rewards to participants. Meanwhile, Gnosis and DeVersifi are working on dxDAO and necDAO―two projects that aim to minimize the role of operators in exchanges.

The Future of DAOs

DAOs are not perfect. They are vulnerable to attacks, just like any other system, blockchain-based or not. One major DAO on Ethereum was famously hacked for $70 million in 2016. Even DAOs without security flaws face issues: MakerDAO suffers from low voter participation, while DigixDAO is open to dissolution if there is demand.

Fortunately, DAOs have many advantages over traditional companies. In addition to their decentralized and transparent design, they also have endless use cases, as described above. DAOs will probably not replace their traditional counterparts, but they may gain some devoted users from within the crypto community.