MakerDAO: A Stability Engine With a Decentralized Governance Model 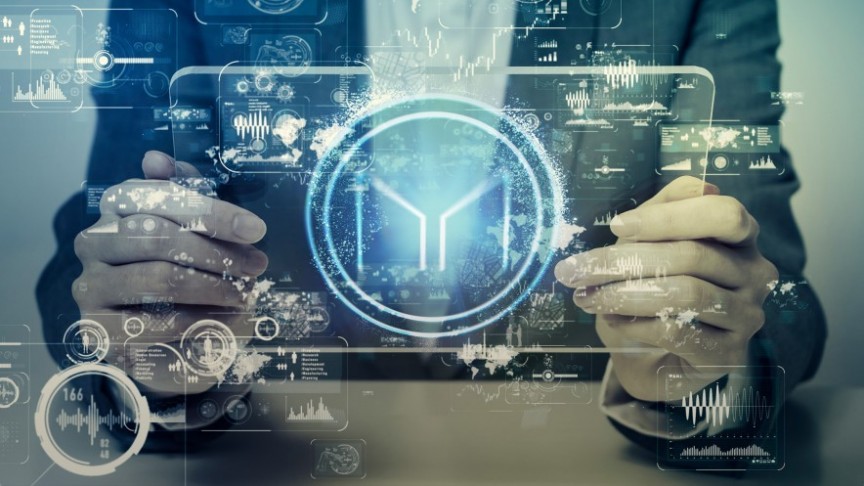 MakerDAO: A Stability Engine With a Decentralized Governance Model

MakerDAO is a platform and a DAO (decentralized autonomous organization on the blockchain) responsible for engineering stability.

One of the key issues in the crypto and digital assets market is the wild volatility swings and constant uncertainty that accompany an unregulated market.

Stablecoins or stable assets are like the holy grail of financial technology and there are a number of projects and organizations which approach the problem from various angles, trying to design a stablecoin or a stable value asset - usually pegged to the US dollar as a safe haven during market downturns. USDT (Tether) is the most notorious and widely used one. At the same time, it is also problematic in that it lacks transparency, is not trustless, and was founded by controversial figure Brock Pierce, who has been consistently associated with scams (see John Oliver's episode on the cryptocurrency craze).

One project called DAO approaches the problem of curbing volatility (slowly fleshing out a volatility insurance platform) differently by creating reliable stable assets, capable of withstanding Black Swan events. MakerDAO is actually the first DAO in the history of Ethereum, and one positioning itself to take up the role of Ethereum's "central bank" of sorts (that is, an organization responsible for regulating and managing stability and risk in the marketplace) - and one of Ethereum's possible "killer apps" (alongside Augur, DAOstack, etc.) MakerDAO, while functioning akin to a central bank, revises some of the existing notions of managing the economy - since market dynamics are fluid and in motion, and unfortunately, economists have no universally accepted economic dynamics framework and therefore, no prescribed methodology exists to address issues such as stability, a dynamic concept.

Maker has attracted a DAO (Decentralized Autonomous Organization) of highly competent people around the globe - risk researchers, lab coat trader types and people genuinely interested in the matter. In a sense, MakerDAO is to Ethereum and "crypto" what the Fed and the IMF are to the global financial system (the company behind the US dollar is the Fed, its role is to make it work and maintain its stable value on the market and within the macro-economic landscape). Banks have collateral in reserve and based on that they give out loans (and if there is a problem with liquidity, the central bank steps in to bail it out). Similarly, MakerDAO began with a single collateral (ETH or PETH - Pooled Ether), allowing anybody to lock their Ether in a CDP (Collateral Debt Position) contract, adjusting the desired parameters (lower bound under which ETH shouldn't fall, before it gets liquidated) and taking out an amount of USD in return (e.g., 50% of the collateral, which, when paid back, unlocks the ETH - which itself can fluctuate and raise in value, but one has to return the same amount of USD/Dai as taken out). It is, in a way, a kind of prediction market about how low the price of ETH won't go.

So learning isn’t quite what we teach inmates inside the high-security prisons called schools. In biology, learning is something that, through the filter of intergenerational selection, gets imprinted at the cellular level— skin in the game, I insist, is more filter than deterrence. Evolution can only happen if risk of extinction is present. Further, There is no evolution without skin in the game. / Nassim Nicholas Taleb

The stablecoin issued and managed by Maker at the moment is Dai - interchangeable with 1 USD, to which it is soft pegged. The MKR token is a governance token which gives holders the right to submit proposals, vote on system parameters and manage risk in the system (essentially making MKR owners the "central bank", but with the added degree of direct responsibility,  should anything go wrong, and taking a fee for their efforts when things go smooth). However, if Dai falls below a certain accepted threshold, MKR tokens automatically get diluted and sold on the open market to immediately compensate the losses and keep the peg. In other words, it's a high risk, high profit "skin in the game" token.

The system has also been stress tested during a number of serious market downturns and fairly large shocks, always maintaining the Dai/USD peg. Upon careful examination, it is realistic to say that MakerDAO has the potential to become one of the biggest banks in the world.

As with any DAO, it is important that the right people hold the MKR token which determines their role in the system. And as such, MakerDAO had started quietly, slowly building its system for three years and cultivating a community understanding of the implications and intricacies involved, as well as that by holding MKR, they basically sign up for certain responsibility and engagement (as with Augur's "use it or lose it" REP token). MakerDAO, in a way, replicates the existing financial system, but with some important behavioral game theoretic modifications encoded in smart contracts: actors are appropriately incentivized and directly responsible for their individual and collective group/organization actions and possible mistakes and some operations are automatically triggered via autonomous feedback mechanisms, while everything is transparent and available for audit by the public.

Absence of skin in the game has both ethical and epistemological effects (i.e., related to knowledge). We saw that interventionistas don’t learn because they are not the victims of their mistakes, and, as we hinted at with pathemata mathemata: The same mechanism of transferring risk also impedes learning. / Nassim Nicholas Taleb, Skin in the Game

MakerDAO is an example of what could be accomplished with distributed ledger technology on a large or global scale in addressing some of the critical problems of our times. The project manifests an understanding of market dynamics as a process in motion (as opposed to ideal, static models and prescriptions) which requires a degree of human intervention and incremental learning in a course of trial-and-error. By actively engaging with such critical problems, it positions itself as an important agency with an integral role in the fate of the crypto-currency and digital assets market.

To provide the highest confidence that the contracts behave as expected, we are working with Runtime Verification to provide us with a formal and mathematically provable audit of the Multi-Collateral smart contracts. We believe MakerDAO will be the first production smart contract system that is formally verified in this manner.

Maker has always prioritized a “quality first” approach to determine when a product is ready to be launched. As we believe the Dai ecosystem has the potential to be the foundation of an entirely new crypto economy we recognize the enormous responsibility we have to our stakeholders, and the ecosystem in general, to get the details right.

Noteworthy, Runtime Verification also works with IOHK and Cardano on improving on the EVM and the K framework - a toolkit for designing programming languages and formal verifications of code correctness ("correct-by-construction"). Runtime Verification is one of the world leaders in their domain, also working on developing IELE (an EVM compatible virtual machine).

As already mentioned, Maker also runs a Haskell reference implementation of its system to ensure code correctness (that the smart contracts work as intended and there's no unexpected behaviors or critical bugs), specified in the purple paper. Haskell and functional programming seem to be an emerging trend, substituting the dominant object-oriented trend in many domains and fields. Many developers are not too eager on the functional paradigm as it is closer to mathematics as such (dealing with functions, rather than objects; rates, strategies and processes in motion cannot be, after all, expressed as objects).

Dai is exchangeable on HitBTC, EthFinex, OasisDEX (the specialized Maker exchange, where one can also acquire MKR), Kyber Network and Bancor (named after Keynes concept of a supranational currency he proposed in the aftermath of WW2).

The parameters, metrics and current state of the system can be accessed through a web interface at mkr.tools.

The MKR governance token - which has been slowly and steadily increasing in value - can be acquired at the same exchanges and IDEX. MKR can be seen as a share in the company behind Dai, the DAO managing the stablecoin system mechanics against market forces of supply and demand.

The white paper, which explains the workings of the system in more depth and detail, can be found here. An insightful and interesting article on volatility insurance and the MakerDAO platform by Yotam Gafni can be found at Hackernoon here. The public Rocketchat channel of the community here.

MakerDAO is one of those early crypto initiatives that only came to wider public attention fairly recently. It constitutes as a self-regulating agency and a vibrant, active community of experts and interested parties united by a common purpose. As with everything crypto, the Maker platform is a system in the making, a ground for experimentation and discovery, having the goal of building the ultimate insurance platform and having the potential of evolving to become the world's largest bank. It also demonstrates the importance of decentralization in opening the possibility for DAO as an agency and its institutional role in our modern, technological society.