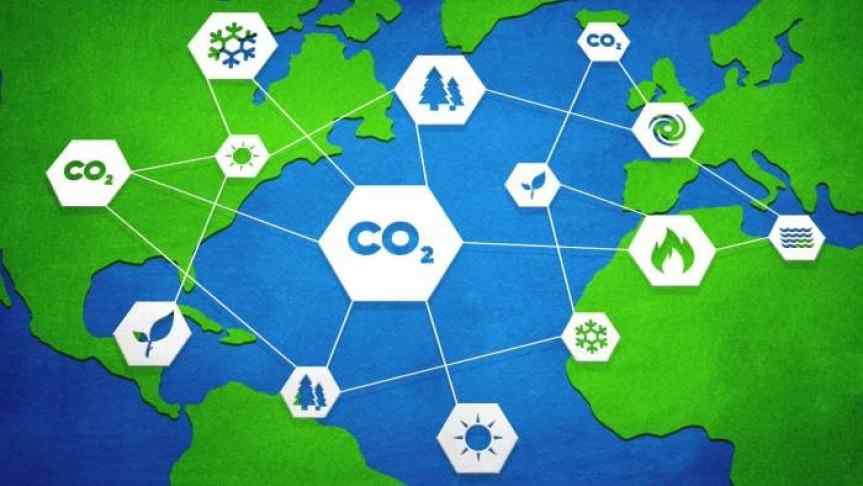 Climate Change is the biggest challenge our species has ever faced. Blockchains can help mitigate it by tackling different sides of the issue.

Energy consumption is central to sustainable human development.  It has very important environmental, economic, and social impacts, and we have been using it for at least 1.9 million years. We have used it for safety, light, heat, cooking, communication, and most recently, to usher a financial and technological revolution that is redefining the ways we exchange information and value.

These days Blockchain technology and cryptocurrencies are two things that inevitably come to mind when we hear the term "financial revolution". The many advantages they offer are beginning to take the world by storm.  Anyone around the world is now able to send money, anywhere, without fees or intermediaries.  They can also set up completely autonomous organizations, empower democratic efforts, plus a wealth of other important applications that are still to be discovered.

Despite its ability to transform many aspects of the global economy in a positive way, not all things crypto are sustainable.  When it comes to climate change, the cryptosphere is playing the villain.  In terms of energy usage, some cryptocurrency platforms have already reached country-level consumption rates.

Bitcoin Is Not Helping

Bitcoin, the biggest and most popular cryptocurrency, relies on a consensus system called Proof of Work which has proven to be very energy and time-consuming. Although actual figures may vary depending on how they are calculated, data analyst Alex De Vries estimates that if Bitcoin prices stay at their current level of ~$8000, the Bitcoin Network will end up reaching a consumption level of around 7.7GWh this 2018, which is enough energy to power a country like the Czech Republic for a year.

Although developers are actively trying to curb cryptocurrency-related energy usage through improvements like the Lightning Network, and new consensus algorithms like Proof of Stake, the decentralized nature of cryptocurrency networks like Bitcoin makes major changes difficult to implement. Garrick Hileman, a research associate at the University of Cambridge and the London School of Economics has said he expects Bitcoin’s energy consumption levels to keep rising, especially if the price continues to go up.

In order to avoid the most damaging effects of climate change, it is estimated that humanity needs to stabilize greenhouse gas concentrations (GHG) at around 400-500 parts per million (ppm). With current concentrations nearing the 380 ppm level we need to limit GHG emissions by 50% to 80% of what they're projected to be in the next century to reach the level we need to survive. Given the certainty that present climate change is being caused by human activity, and that cryptocurrency adoption is only expected to increase, these numbers are something to worry about.

Interestingly, one of the biggest tools we have at our disposal for mitigating climate change is the very thing that makes cryptocurrencies what they are: Blockchain technology. There are several companies and institutions working towards curtailing the effects of climate change using distributed ledger technologies by tackling different sides of the issue.

One of the biggest causes of pollution is our food and goods production and distribution systems. Environmental damage caused by food production is second only to the damage associated with energy consumption. According to recent data, food production has already cleared or radically transformed about 70% of the world´s prehistoric grasslands, 50% of the savannas, 45 percent of the temperate deciduous forests and 25 percent of the tropical forests.

Despite the catastrophic impact of food production, one-third of all food produced around the world is lost to waste because of safety concerns or logistical obstacles. This is where distributed ledger technologies can help since they allow strict monitoring of all events. Blockchains can help curtail material waste on every front by diminishing losses caused by uncertainty or lack of knowledge about product location, transit, and origin.

Dubai is one of the first countries in the world to implement a blockchain-based solution focused on diminishing food waste. According to statistics, Dubai imports over $200 Billion worth of food from all around the world.  Hussain Nasser Lootah, Director General of the Dubai Municipality, helped launch a food platform called “Food Watch,” which aims to put all the nutritional and safety information of every last edible item served in the municipality into a blockchain.

Various companies are also working towards improving supply chain efficiency by using blockchain technology. Walmart has already registered a patent for a “smart package” that would provide an efficient way of tracking products down the supply chain in real time, via monitoring devices attached to the smart package.

Startups like the DApp, RecycletoCoin, and Social Plastic have decided to tackle the material waste problem while also working to alleviate poverty. Users on these platforms can go to one of several collection centers and deposit used plastic in exchange for money, cryptocurrencies, or goods like cooking fuel.

Classical energy distribution systems suffer from all the problems related to centralization and do not provide efficient ways to use and distribute energy surplus. P2P blockchain-based energy distribution systems will shine once decentralized energy production systems become more widely available to the public. Since energy will move locally near its production site, such platforms will allow users to capitalize on investing in local renewable energy enterprises. Some very interesting companies have popped up in this space.

Australian Power Ledger is a trading platform that allows businesses and consumers to buy and sell their excess solar energy to other parties in the vicinity through direct peer-to-peer transactions. The Platform also enables tracking of the energy generation and consumption of participant users, and it helps users to settle trades on pre-determined terms in real-time. Power Ledger tracks each unit of electricity from its place of generation to its place of consumption within the facility where it is generated, or when sold to other parties, using the local electricity distribution network.

Solar Coin is a cryptocurrency created in 2014, with the objective of incentivizing solar energy generation worldwide. By design, the total SLR supply is set to last for 40 years, ensuring incentives are delivered for the generation of 97500 TWh of solar-powered electricity. The SolarCoin platform is a fork of the original Litecoin project, based on the Scrypt hashing algorithm. SLR coins were distributed to investors through the Proof of Work consensus system, until September 2014, when the project switched to a Proof of Stake Time consensus system, citing energy consumption concerns. This switch also had the added effect of increasing SLR scarcity, thus driving the price up in the long term.  Currently, all SLR mining on the platform is achieved by producing solar energy.

Carbon footprint is an important metric that is often difficult to calculate because of a lack of knowledge about all the complex interactions and chemical processes related to the natural storage and release of carbon dioxide. Furthermore, the environmental impact of goods as measured by this metric is not factored into sale prices, which means that there are no incentives for companies to provide such products and no incentives for consumers to prefer products with low carbon footprints.

In theory, Blockchain technology can help track the environmental impact of every item in the market, which can allow the implementation of a real carbon tax that makes products with large carbon footprints more expensive to buy, encouraging companies to modify their practices.

Blockchain to The Rescue

The choices we make in the next years regarding climate change will determine the fate of life on Earth as we know it. Mitigating its impact is the biggest challenge mankind has ever faced. There is no question we need to develop effective strategies in order to meet the necessary GHG emission quotas, and doing so depends on properly allocating our limited human and material resources.

We still have a lot of work to do, but distributed ledger technologies bring many valuable features to the table when it comes to making things more efficient. Since they allow the tracking and verification of materials and events without the intervention of a controlling party, blockchains can greatly empower any climate change fighting efforts.