How Blockchains Can Help Build Effective and Sustainable Food Systems 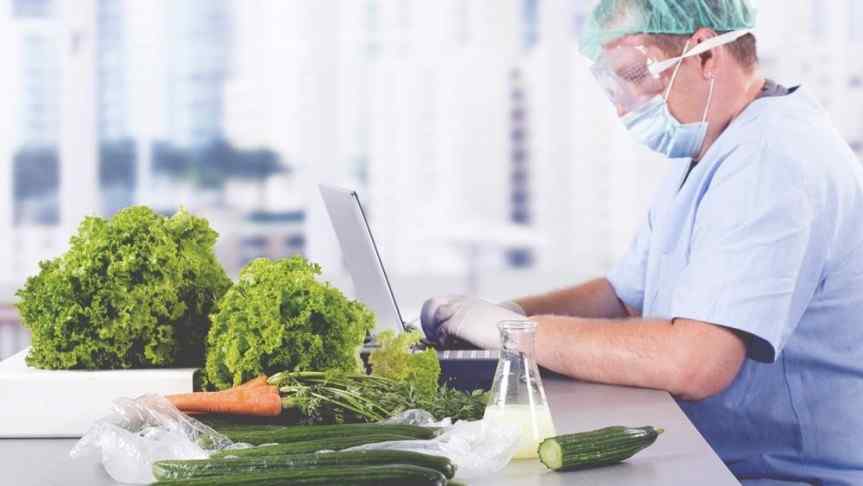 How Blockchains Can Help Build Effective and Sustainable Food Systems

Population is expected to hit 10 Billion by 2050. Feeding everyone without destroying the planet is a real challenge, and Blockchain can help.

The Real Cost of Food

Food is vital for humans – But producing it is one of the most harmful human activities: environmental damage caused by food production is second only to the damage associated with our energy consumption. Some scientists even think that agriculture is the most disruptive event in earth´s history since the last ice age.

According to recent data, food production has already cleared or radically transformed about 70% of the world´s prehistoric grasslands, 50% of the savannas, 45 percent of the temperate deciduous forests and 25 percent of the tropical forests. Despite the catastrophic impact of food production, one-third of all food produced around the world is lost to waste because of safety concerns or logistical obstacles.

“All I ask of food is that it doesn’t harm me.”

Production is only one side of the coin. Food supply chains are also very complex: innumerable people are involved as food processors, suppliers, retailers, distributors, regulators, or consumers.  Furthermore, the whole operation relies on immense amounts of manual and paper-based processes. The sheer volume of events that need to occur to get food from farm to table, open the possibility of food getting contaminated or wasted either due to negligence or the passage of time.

At the end of the supply chain, consumers have no way of knowing where their food has been.   They have no recourse for determining if their food is at risk of contamination.  The result is contaminated food enters the marketplace, and the consumer protection mechanisms kick in only after it is too late.  Just this week, the United States´ Food and Drug Administration reported that one person died and 121 people became extremely ill (46 needed hospitalization and ten developed kidney failure), after consuming lettuce from Arizona.

According to CDC estimates, almost half of food-borne illnesses are caused by produce. After accounting for all causes, foodborne illness related costs range from $55 – 93 billion in the United States alone. The seems overwhelming but this is where Blockchain technology comes in.

Blockchain as a tool to Improve Food Safety

According to statistics, Dubai imports over $200 Billion worth of food from all around the world.  Hussain Nasser Lootah, Director General of the Dubai Municipality, helped launch a food platform called “Food Watch,” which aims to put all the nutritional and safety information of every last edible item served in the municipality into a Blockchain.

The first stage of the project is focused on establishments that deal with high-risk food items.  All of the more than 20,000 food providers in the municipality are expected to comply with the new standards. Businesses will be required to digitalize all information about health and nutritional claims, certifications, food handling, and transport.  This will enable inspectors and consumers to access critical information about their food instantly.

In the future, Food Watch will integrate Blockchain and the Internet of Things technologies to achieve accurate, real-time monitoring of food products from farm to table. Such an advancement could also help governments make informed decisions when food poisoning or health violations occur. Dubai´s government expects to have a fully developed system by the time the country hosts the 2020 World Expo.

The Dubai project is not entirely unique.  IBM and Walmart have also started their own food-related Blockchain projects. Using IBM´s Hyperledger technology, Walmart´s Food and Safety Vice President Frank Yiannas demonstrated during an annual investor meeting, how he could pull out tracking information that would typically take days to find, in only 2.2 seconds. Both companies have been in a partnership since October 2016, and are still working to demonstrate the benefits of Blockchain-mediated food tracking. Chinese retail giant Alibaba is also working on a similar project to be executed in China.

By providing end-to-end traceability, Blockchains will allow consumers to access any information from food origin to handling details. Made possible by Blockchains unhackable ledger that can only be updated through network consensus.  This could improve transparency and efficiency in global food supply chains.

Since the world's population is expected to increase by at least 2 billion by 2050, our demand for food is likely to double. Feeding 10 Billion people without destroying the planet is one of the most significant challenges our civilization has ever faced. Blockchain-assisted food tracking has considerable potential to help improve food safety, reduce user´s exposure to food fraud, and ultimately help the environment by curtailing food waste.

Crypto has been getting a lot of attention, but there’s another crypto-related technology gaining popularity — DeFi (decentralized finance).