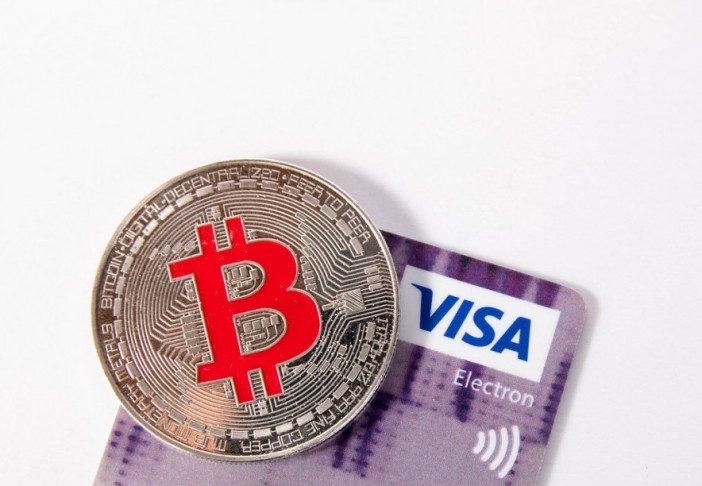 The largest payment companies are now working with cryptocurrency. Here’s how they are using it.

Cryptocurrency has rapidly attracted the attention of mainstream companies. One of the year's most significant trends has concerned the three leading payment companies—Visa, Mastercard, and PayPal—as each company has turned toward crypto.

Visa Will Settle With Crypto

At the end of March, Visa announced that it is working with the digital asset bank Anchorage. This allows its partners to settle transactions in USD Coin (USDC), a dollar-pegged stablecoin. Crypto.com will be the first company to use this feature, but Visa says that it will offer the feature to other companies as time goes on.

This is the result of at least one year of anticipation. In December 2020, Visa announced a partnership with USDC company Circle that prepared the way for the feature. Earlier, in mid-2020, Visa announced a formal stance on cryptocurrency which focused heavily on the potential of stablecoins as well as security and regulatory matters.

Though this is the first time that a Visa card partner will be able to settle in cryptocurrency, Visa already provides payment cards for more than 25 different cryptocurrency companies including Coinbase UK, Fold, and Cred.

Prior to this, Visa also explored a number of enterprise blockchain technologies. In 2016, it created a system called B2B Connect, and in 2018, it worked with Hyperledger Fabric. Both of these systems were used for internal purposes, not retail use.

Finally, Visa has invested in crypto companies. It invested $40 million on Anchorage in 2019, and it spent $30 million on another startup called Chain.com in 2015.

The firm also filed a patent for a digital dollar in 2020, though it should be noted that patents are rarely used. This patent is likely redundant with Visa's adoption of USDC.

Mastercard announced its own plans to add support for crypto this February. It will allow merchants and end users to use cryptocurrency.

Though Mastercard will initially support dollar-pegged stablecoins, just like Visa, its services will be relatively public-facing compared to those of its competitor. Whereas Visa is using cryptocurrency for settlement behind-the-scenes, Mastercard will allow merchants and end-users to make cryptocurrency transactions.

Much like Visa, Mastercard previously allowed third-party cryptocurrency companies to create payment cards on their network. Wirex and BitPay are notable partners.

Mastercard also has developed enterprise blockchain solutions. In 2019, it announced plans to create a blockchain-based cross-border payments platform with R3. It additionally joined the Enterprise Ethereum Alliance (EEA) in 2017, which is largely focused on researching potential uses for the Ethereum blockchain in business.

Mastercard has also invested in blockchain startups. In 2015, it invested an unspecified amount in the Digital Currency Group, a crypto venture capital company.

PayPal has taken another approach. In August 2020, it announced buying and selling and then introduced those features in October. On Mar. 30, 2021, PayPal added support for crypto payments, allowing users to spend crypto rather than simply buy and sell it.

PayPal will reportedly add cryptocurrency support to its subsidiary, Venmo, by mid-2021. It also plans to expand features to the U.K. quite soon.

The service is offered via Paxos and is available to U.S. customers, who can trade four different cryptocurrencies: Bitcoin, Ethereum, Litecoin, and Bitcoin Cash.

Internal efforts are also underway. In early 2020, PayPal published job postings in search of a blockchain AML strategy director. Prior to this, PayPal worked with Braintree to allow merchants to accept Bitcoin and filed a patent to enhance blockchain speeds.

Like its competitors, PayPal has invested in crypto startups. In recent years, it has invested in regulatory tools like Cambridge Blockchain, TRM Labs, and IDKeep. In 2021, it made another investment, this time in the crypto tax startup TaxBit.

What Will Payment Companies Do Next?

Now that the largest payment companies are using cryptocurrency for settlement, payments, and trading, it seems likely that each company will expand its features competitively. It is also plausible that any of these companies could invest in cryptocurrency directly, similar to Tesla, Microstrategy, or Square.

However, the trend may not be entirely positive. While some see mainstream adoption as beneficial, payment companies will have extensive control over transactions and the ability to deny service to users—something that Bitcoin was designed to avoid.