Trustlessness Re-examined: Do Users Need To Put Their Trust In Blockchain? 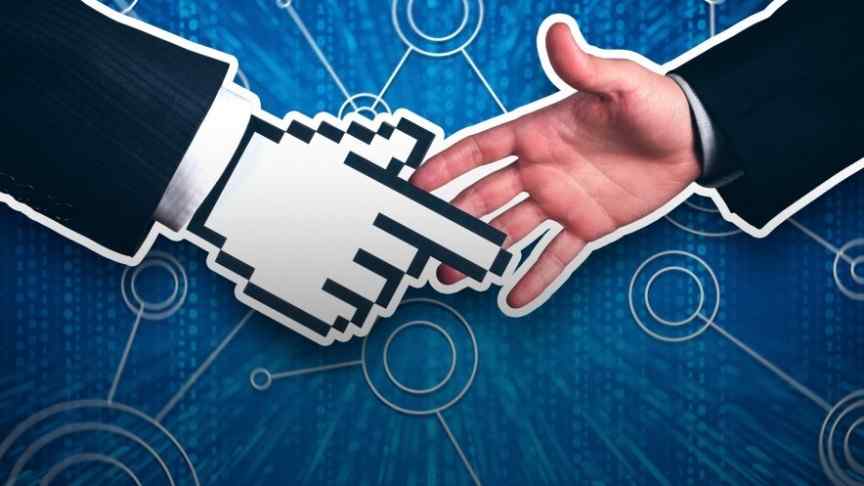 Trustlessness Re-examined: Do Users Need To Put Their Trust In Blockchain?

Blockchain, at its most basic, does not demand trust from users. Is this still true now that an ecosystem is growing around the technology?

Blockchain platforms are often said to be “trustless,” meaning that blockchain users do not put their trust in any central authority nor in any of the other individual users on the network. In its most basic form, each blockchain is a transparent system that requires users to trust nothing but code and user consensus – there is nothing behind the curtain, so to speak.

This type of accountability is entirely different from the kind found in traditional services, which directly demand trust from their users. However, game-changing events have led people to lose their faith in these services: the economic crisis of 2008 caused many people to lose faith in banks and other financial institutions. This was the world in which Bitcoin situated itself as a transparent, trustless, and incorruptible monetary system.

Since then, the blockchain has moved beyond the world of finance and into the realm of web technology. Users are rapidly losing trust in web companies that accidentally leak or deliberately sell their private data. Blockchain developers can now provide products that compete with the mainstream: Brave, for example, is vocally challenging the practices of Google and adtech.

These shifts in the public consciousness seem to allow blockchain to position itself as a trustless alternative to traditional services. However, the actual situation is more complicated: the ecosystem that has grown around blockchain technology over the past several years seems to require plenty of trust after all.

The question that must be asked is this: when you use blockchain, who (and what) are you putting your trust in?

Privacy is at the forefront of trust issues. As noted above, many users are no longer willing to trust sites such as Google and Facebook with their data. Most sites sell user data to advertisers, and some fall victim to data leaks -- Google Plus was the most recent casualty of this, and the problem was made worse by the fact that the company hid the relevant security flaw.

Blockchain companies, meanwhile, often champion user privacy. Brave, for example, allows users to opt-in to advertising campaigns that reward them, offering “trustless, auditable transactions” between users and advertisers. The Brave ledger achieves both privacy and auditability thanks to zero-knowledge proofs that allow nothing to be hidden from users.

Despite this trend towards privacy, the blockchain is not actually very well-suited to providing total privacy. Most blockchains make plenty of non-identifying data publicly available, and enterprising research groups such as Chainalysis have made a business of tracking and deducing the identities of Bitcoin users based on data in the public ledger.

In person, receipts provide a viable solution to this problem, but online, this is not practical. Middlemen such as PayPal attempt to resolve such disputes, but these platforms have gained notoriety for reversing transactions too easily at the request of one party.

On the blockchain, you can easily see where a payment has gone, and so can your transaction partner. And if you do need a third party to resolve disputes, you can use a multisig address to cryptographically ensure that several people — not just one middleman — hold the payment and agree on a fair outcome.

Bitcoin is fundamentally a payment network, and in theory, it means that you will never need to trust a bank, credit card, or financial service again. In the manner described in the previous section, cryptocurrency users can perform direct transactions without trusting a central authority.

Nevertheless, many users will never interact with the blockchain in this way, and will instead use centralized services. The success of the blockchain has given rise to centralized exchanges, wallets, crypto debit cards, and payment apps. These services usually maintain control over their users’ funds and collect user ID, which means that users must trust blockchain services in a way that the blockchain was supposed to render obsolete.

These centralized services are becoming increasingly popular as the mainstream takes an interest in blockchain. Despite the efforts of decentralization advocates, it is unlikely that people will stop trusting these services any time soon.

When it comes to traditional companies, many of the largest are not beholden to anyone but themselves. Meanwhile, blockchain platforms generally have several different independent groups and foundations, often consisting of community members and developers, that keep each other in check. Cardano, for example, recently split from one of its three foundations due to alleged nepotism.

Supposedly, blockchain platforms can distribute oversight in this way so that users do not have to actively trust or observe the platform's activity. But since there are many different ways of distributing responsibilities in practice, these groups can become controversial. For example, the question of which of many mining groups represents the best interests of Bitcoin Cash is continually breeding division and distrust within the community.

Pancakeswap vs Uniswap – Compare Them Side-by-Side

The Top Metaverse Gaming Projects to Watch in 2022